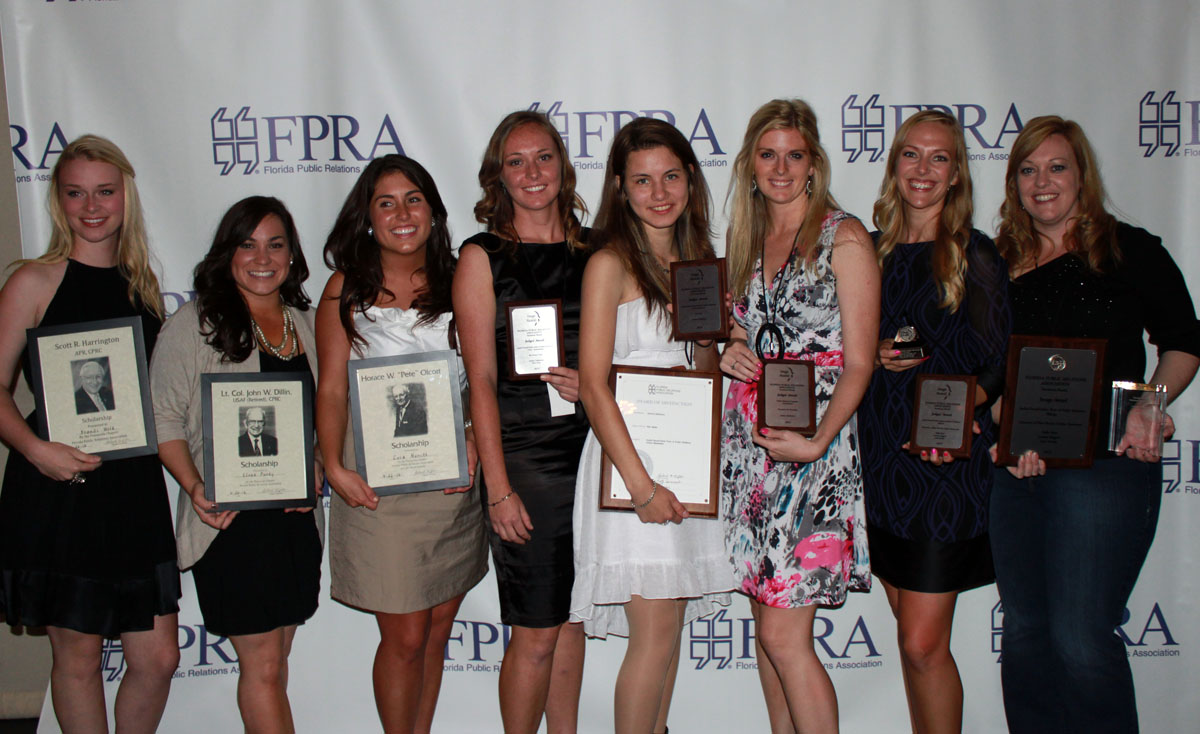 The awards demonstrate the best examples of public relations planning, design and innovation and are judged on sound research and evaluation of results.

Students submitted applications with an essay outlining the future of public relations and the role they plan to play as PR professionals after graduation.

Merritt is a rising senior at UWF with a 3.89 GPA. She is the incoming Student Government Association president, the student liaison for FPRA, UWF Dance Marathon public relations chairwoman and scholarship chairwomen for Alpha Delta Pi.

Purdy is a full-time worker and newlywed with a 3.71 GPA. She volunteers with the Juvenile Diabetes Research Foundation and the Escambia County Public Information Office. She was also a member of the UWF PR Campaigns team that won an FPRA Award of Distinction in 2011 at the state conference.

Welk is a full-time student working her way through college with a 3.2 GPA. She is an intern with a local social media management company and a Big Sister with the Big Brothers/Big Sisters program.