In summer 2019, Michael Mitchell interned at IBM and soon after accepted a position with a six-figure salary on the contingency that he complete his Bachelor of Science in Cybersecurity degree at the University of West Florida. 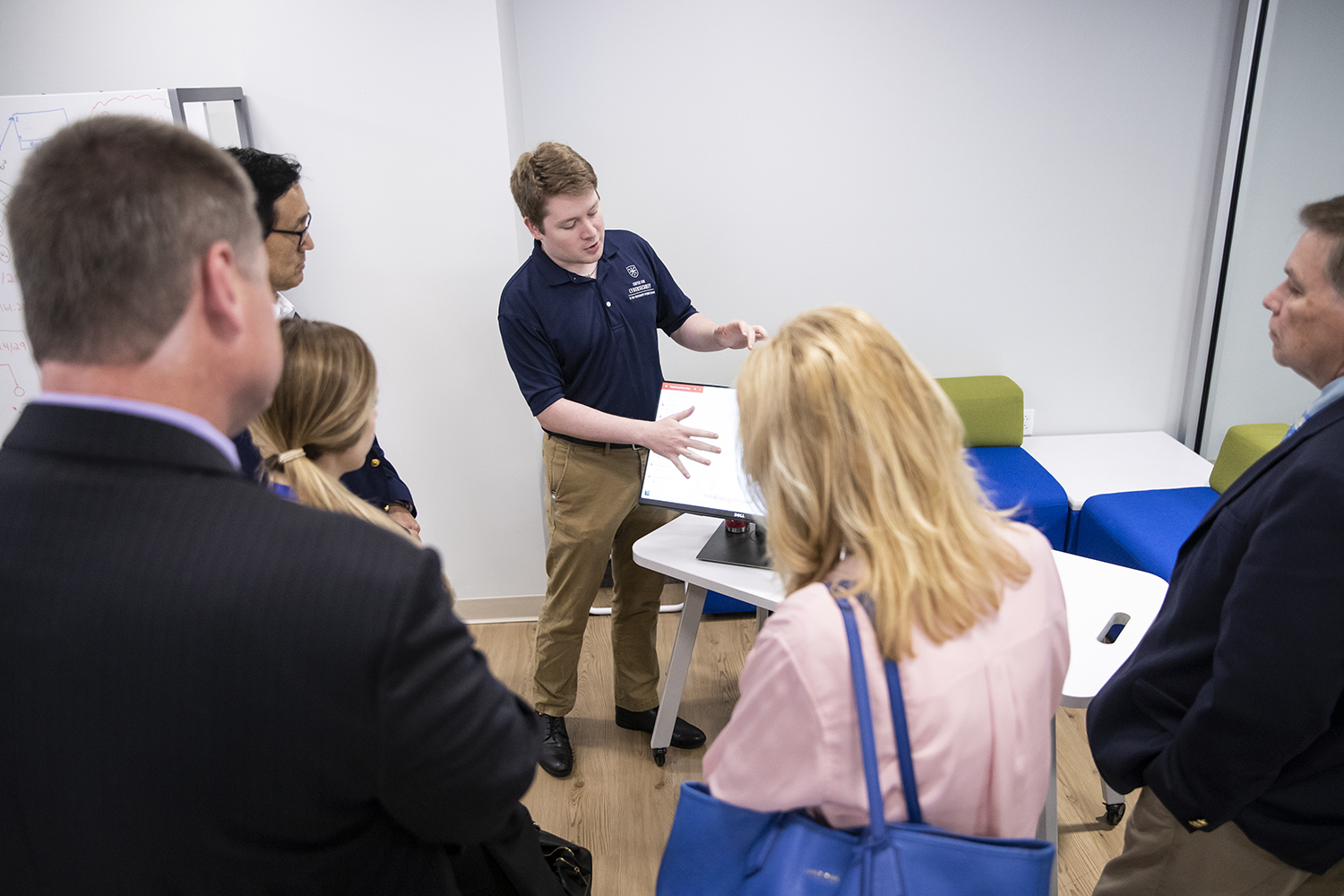 Mitchell held true to his word, earning his degree, and on Saturday, Dec. 12, he plans to watch from his new home in Austin, Texas, as his name is called during the virtual 2020 Fall Commencement ceremony.

In January, Mitchell will begin his career as an IBM X-Force Red global penetration tester in Austin—home to one of 12 IBM research laboratories worldwide. Mitchell will conduct authorized cyberattacks to test the IBM computer system and other Fortune 500 companies for vulnerabilities. Those companies will then secure their cyber defenses, eliminating the vulnerabilities he uncovers to prevent hackers from infiltrating their systems.

“The workplace environment provided by IBM is absolutely stellar and a significant reason why I’m returning, in addition to the people I met and learned from,” Mitchell said.

The Jacksonville native transferred to UWF in Fall 2017 after one year at Florida State College at Jacksonville. Mitchell researched cybersecurity programs at all the universities in the state, and he selected UWF based on its designation as a Center of Academic Excellence in Cybersecurity Education by the National Security Agency and U.S. Department of Homeland Security. Shortly after arriving at UWF and interacting with fellow cybersecurity students, Mitchell knew he chose wisely.

“UWF provided an atmosphere that was well suited to let the various students in the cybersecurity career path work together, interact and build up a thirst for knowledge,” Mitchell said.

Faculty identified Mitchell as a gifted student shortly after he arrived on campus. His cybersecurity intellect and curiosity distinguished him among other talented students. Mitchell asked faculty complex questions and spoke with a vernacular uncommon for someone his age.

“As a student, Michael strived to fully understand the topics of the course,” said Anthony Pinto, coordinator of the UWF cybersecurity program and lecturer in the Department of Computer Science. “He was a unique student who studied topics well above what was required.”

Pinto serves as a faculty advisor for the UWF Cyber Club and credited Mitchell for its impressive showings in local, state and regional competitions. Mitchell contributed to five victories in local competitions from 2017-19 and the club finished as runners-up at the prestigious 2020 Southeast Collegiate Penetration Testing and the 2020 Southeast Collegiate Cyber Defense competitions. His stellar performances as a pen tester only accounted for a small percentage of his contributions to the club. Mitchell assumed the role of a coach, hosting training sessions and sharing his expertise with teammates.

“We’ve had a lot of really talented people on the cyber club who have gone on to successful careers, but Mike is special,” said Thomas Thibaut ‘19, a cybersecurity graduate student and network engineer at Navy Federal Credit Union. “He brought with him a solid foundation on many topics in the security industry and a willingness to educate those who showed an eagerness to learn. He elevated all of us by sharing his experience. He’s destined for big things.”

Mitchell, likewise, shared his cybersecurity expertise with area K-12 students and teachers as part of the UWF Center for Cybersecurity Ambassadors Program. He and fellow ambassadors visited schools in Northwest Florida to increase students’ cybersecurity awareness through engaging activities and demos. Using a WiFi wardriving kit he created from items bought off eBay, Mitchell wowed audiences by pinpointing locations of unique devices such as iPhones, iPads and Fitbits on Google Maps.

Those moments as a cyber club member and cybersecurity ambassador stood out to Mitchell as he reflected on his years at UWF.

“Without the registered student organizations I was in, I wouldn’t be where I am today,” Mitchell said. “I’m not sure I would have graduated. I probably would have quit. I’m grateful that I ended up at UWF and made lasting friendships that put me on the path to IBM.”