As the United States continues to battle the COVID-19 pandemic, its leaders are facing another unprecedented challenge: how to navigate a presidential election in light of a public health emergency. Faculty experts from the University of West Florida Department of Government are weighing in to offer their insight on the potential impacts of the global pandemic on the 2020 election. 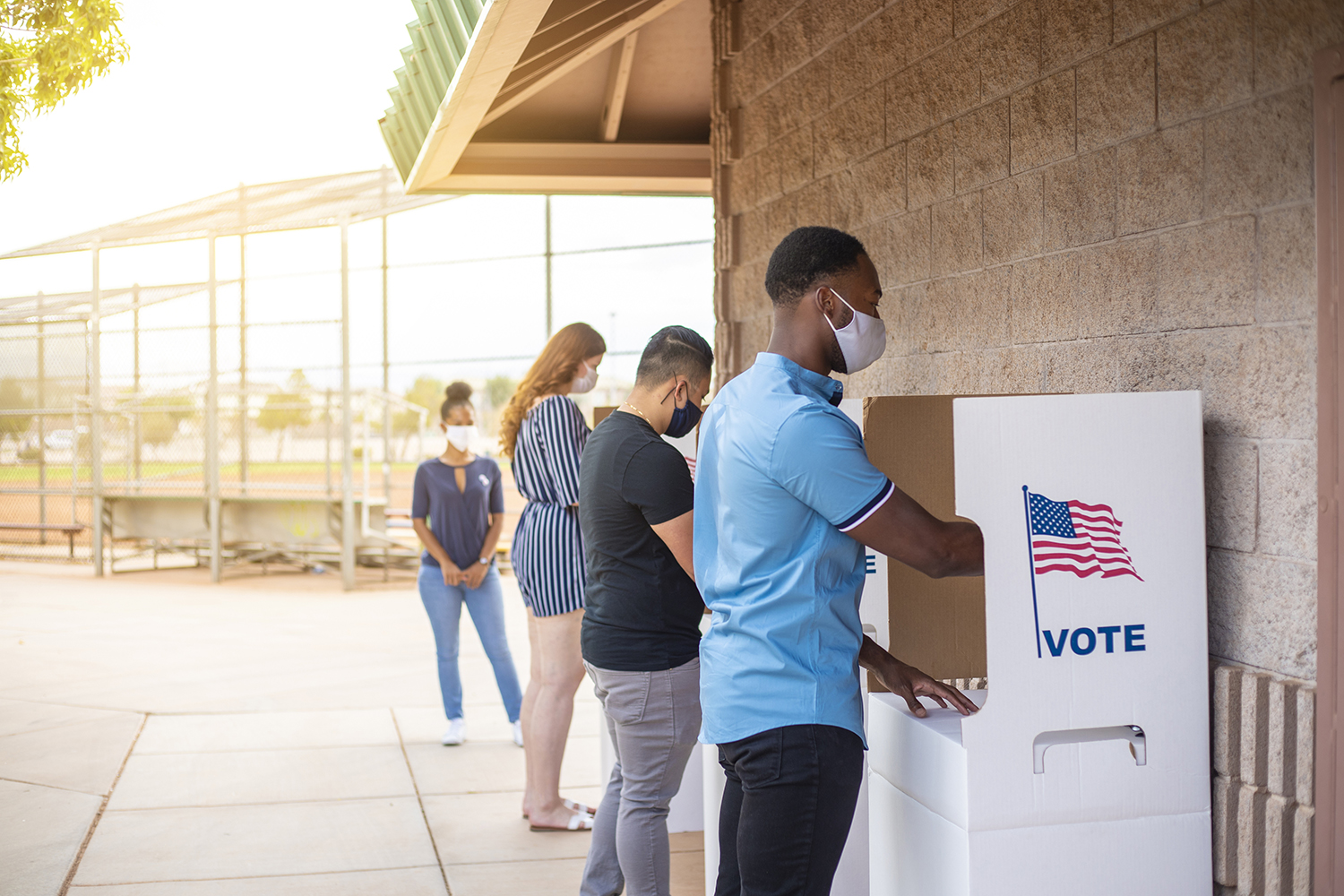 As the United States continues to battle the COVID-19 pandemic, its leaders are facing another unprecedented challenge: how to navigate a presidential election in light of a public health emergency. Faculty experts from the University of West Florida Department of Government are weighing in to offer their insight on the potential impacts of the global pandemic on the 2020 election.

Dr. Jacob Shively, associate professor, said a potential impact of COVID-19 will be on the voting experience, emphasizing the importance of “shifting expectations” as November approaches.

“Americans should look to voting by mail or early as serious options, if they’ve never considered those before,” he said. “We should also shift our expectations about timing. Election night may not be definitive this year, with voting starting in October in different forms and counting votes possibly extending after election day. Like Americans of earlier eras, we may have to wait days or weeks for the final results of many races.”

“Voters who may be skeptical of the government or not well-informed may simply decide not to vote,” he said. “Many minority groups, for example, are historically leery of the government and may feel uncomfortable with vote-by-mail, leading them to vote in lower numbers. Recent surveys suggest that after weeks of President Trump raising vote fraud concerns, Republicans say they are far less likely to vote by mail. This could translate into fewer GOP voters heading to the polls or waiting to vote if they encounter long lines at the polls.”

Despite the concerns, Shively said the potential advantages of voting by mail far outweigh the disadvantages, considering the circumstances.

“The advantages of voting by mail are safety, access and reliability,” Shively said. “Naturally, voting by mail is optimal for social distancing, and it even allows voters more time to research candidates if there are races on the ballot that they did not expect. Just as important, voting by mail is potentially universal. Many eligible voters who don’t bother to visit, or are uncomfortable with voting places may be comfortable with casting a mail ballot. Voting by mail, or absentee voting, is also a well-established practice and, historically, is very reliable.”

Dr. Adam Cayton, associate professor, noted that voting by mail has been a common practice in previous elections.

“Five states use it nearly exclusively and 28 states allow voting by mail without requiring an explanation,” he said. “All states allow for absentee voting, which is essentially voting by mail with a written excuse. According to the U.S. Election Assistance Commission, nearly a quarter of all votes in federal elections have been by mail each year since 2010, and before that, the percentage was in the teens. So, voting by mail is not new, and many states regularly process huge volumes of mail-in votes without any problem.”

Among the top disadvantages of voting by mail is the need for increased infrastructure to support the influx of ballots, Cayton said.

“Effective voting by mail requires some preparation by states and counties that might not have the time, staff or funding to do it well,” he said. “There have been dozens of partial mail-in elections since the pandemic started, and they are mostly going smoothly, but the November election will have a much greater volume of votes and some states might not have time to set up a smooth process.”

To overcome the challenges of voting by mail, Shively encouraged residents to stay informed and pay close attention.

“Many voters may not be well-educated on voting by mail,” he said. “It will be easy to lose ballots, forget to sign them or send them too late to be counted. If your locality goes to vote by mail or you’d like to use an absentee ballot, be aware of the process. Watch out for the envelope, make sure your address is correct with the county and double-check deadline and signature requirements.”

Looking beyond the election at long-term impacts, Shively said he expects to see permanent demand for greater voting access.

“Forced to make changes this year, many states and voters will find it easier or more comfortable to utilize early voting or provide and demand vote by mail as a regular option,” he said. “We will still have Election Day, but the month of October may scramble traditional campaigning as many voters cast early ballots in future elections.”

Despite the departure from normal that has come to be expected in 2020, Cayton said one thing remains the same: Americans should take the time to educate themselves about their choices and exercise their right to vote.

“People should vote however they want to, but I would urge them to view voting as a civic duty and to think about the consequences of their choice,” he said. “The pandemic doesn’t change that advice.”

Voters should check their county elections website to find their voting status, a sample ballot and voting locations.