Daughter is motivation for UWF senior

Some individuals are motivated by money; others by prestige. University of West Florida senior Danielle Stomp is motivated by something that, while seemingly smaller, is far greater. 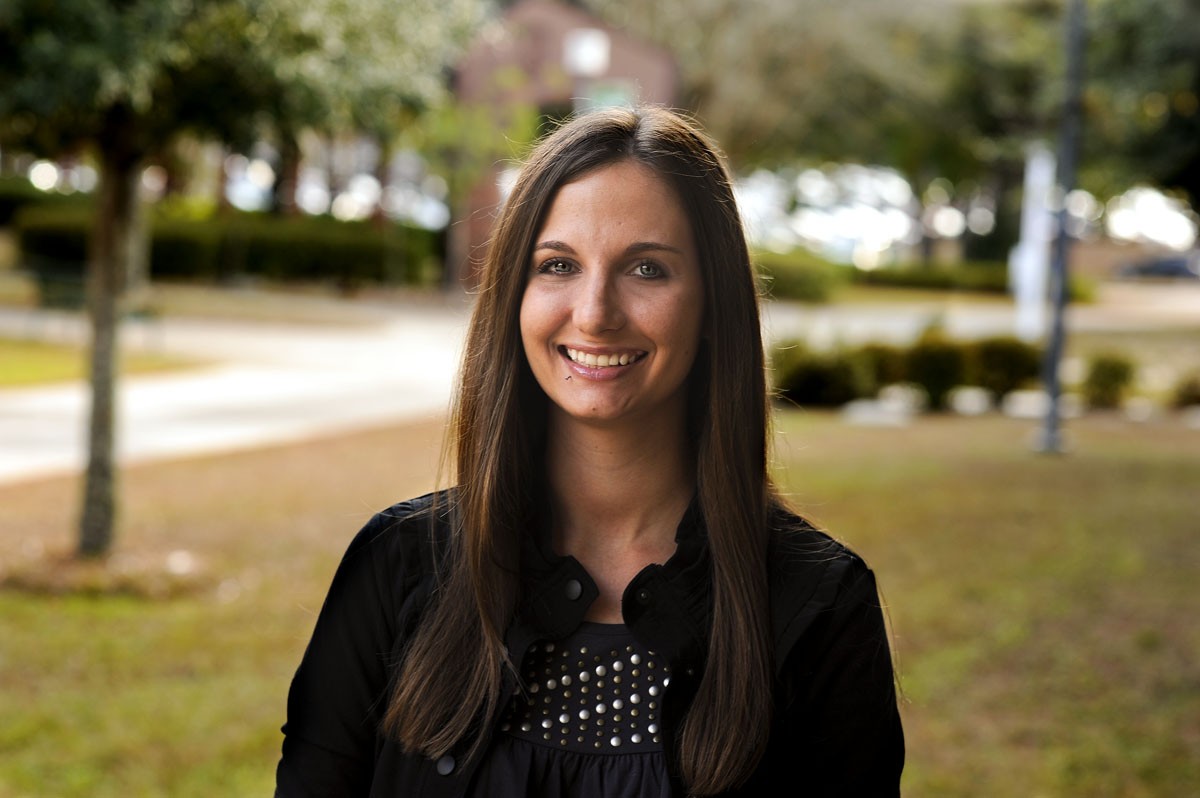 Stomp is driven by the singular need to build the best life possible for her four-year-old daughter. In order to do so, she is currently taking a full class load at UWF and is planning to pursue a post-graduate education.

Stomp began her college life in a typical fashion, entering college straight out of high school and working to receive an AA degree. She was a server, made decent money and was content to continue down that road for the foreseeable future.

Plans changed when she became a mother two days after her 21st birthday. Stomp joked that the grand occasion was marked not by drinking, but by “stuffing my face with Mexican food and attending Bands on the Beach.”

From that moment on, Stomp’s life was defined by her daughter and by working to provide the best possible environment for her to thrive.

“If it wasn’t for her, I wouldn’t be coming back to school,” said Stomp. “My child is priority in my life. She is 100 percent the reason I do what I do.”

Stomp is majoring in accounting and confessed that she actually enjoys it.

“I know a lot of people don’t say that,” said Stomp, laughing.

She plans to begin studying for a master’s of accounting as soon as she graduates with a bachelor’s in the spring.

“Time is of the essence,” said Stomp. “I try to explain to my daughter that I’m doing these things so that we can have a nice house and live a nice life. I want that to happen sooner rather than later.”

As for balancing her maternal and educational duties, Stomp said that is never easy.

She explained that most of her professors are understanding of her situation and will go out of their way to make her learning experience as easy as possible. On the other hand, caring for her daughter is a full-time job in itself and takes precedence over other things.

“I balance it as much as it can be balanced, but it can be really difficult,” said Stomp. “I try to put everything into little blocks of time. Unfortunately, my daughter’s needs don’t always fall into those blocks.”

When her daughter grows up, Stomp hopes that she recognizes all that she has done for her and the sacrifices she has made.

“Most of all, I just hope she says thank you.”