Couple’s love of music honored through gift in excess of $8.5 million to UWF

A historic gift to the University of West Florida from the late Dr. Herman and Valerie Rolfs through their estate will provide significant scholarships and resources for music students annually. The total value of the donation, which created the Dr. Grier Williams School of Music, and includes an Imperial Bösendorfer piano, is valued over $8.5 million. 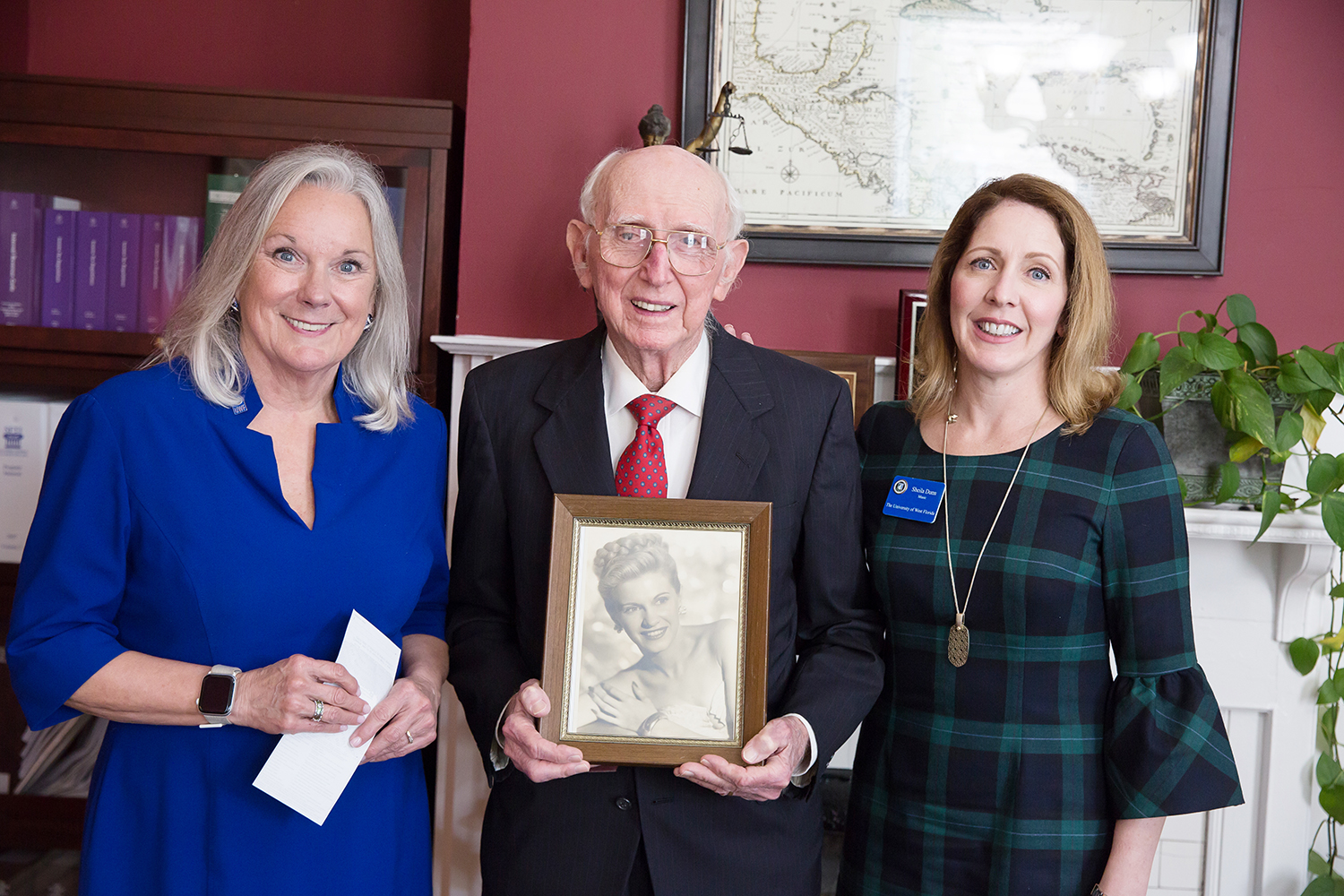 “This incredibly generous gift will allow every music student at UWF to have access to scholarship support,” said UWF President Martha D. Saunders. “The impact of their gift and their legacy will be revealed for years to come through the very best music education for our students.”

Herman and Valerie Rolfs had successful careers in the medical field, but it was their shared love of classical music and a belief in access to education that inspired their gift to UWF and in the legacy they would leave. The couple enjoyed collecting musical albums while traveling, attending classical music concerts and organizing music performances for their family, friends and church.

Herman Rolfs was a pioneering nuclear radiologist, retiring from a long career in the field after serving as chief of radiology and nuclear medicine for White-Wilson Medical Center in Fort Walton Beach. Valerie Rolfs was a nurse and nursing professor. She retired as an associate professor at Miami-Dade Community College and as a visiting professor for five schools of nursing in Colombia, South America. Both Herman and Valerie benefited from scholarship support when they went to college—Herman was fortunate to be offered a band scholarship. They wanted to provide that same access to higher education for students at UWF.

“Attract the best students, give them opportunities and great things will happen. That was their goal,” said Howard Reddy, vice president for the Division of University Advancement.

The majority of the gift, honoring Dr. Grier Williams, the first chair of UWF’s music department, will establish a scholarship endowment for students in the School of Music with a preference for students in need as well as members of the Argo Athletic Band. The remaining funds will allow the school to fulfill its five-year plan and work toward long-term goals of establishing a symphony orchestra, an opera program, an expanded concert series and a graduate program.

A month before his death in August 2020, Herman purchased an Imperial Bösendorfer piano as a way to help aspiring musicians at UWF and honor Valerie, who died in November 2019. With this gift, UWF joined an elite few Universities and conservatories in the nation with an Imperial Bösendorfer piano. In honor of Herman and Valerie’s generosity, the music hall in the UWF Center for Fine and Performing Arts has been named the Rolfs Music Hall.

“The Rolfs’ passion for music and their transformational gift to UWF will establish the Dr. Grier Williams School of Music as a destination program that will benefit and inspire young musicians from Pensacola, the surrounding region and beyond for generations to come,” said Dr. Sheila Dunn, professor and director of the school of music. “The joy that music brought them will be shared with our community forever.”

For more information about the Dr. Grier Williams School of Music, visit uwf.edu/music.