HealthSouth whistleblower to speak at UWF on ethics

PENSACOLA, Fla.- Aaron Beam, former CEO of HealthSouth, to speak on ethics and crossing the line 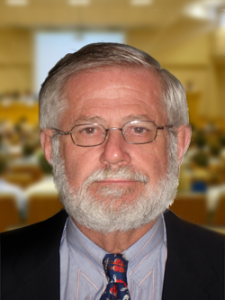 Where: University of West Florida Conference Center, Building 22, Ballrooms B and C

Why: During this free event, Aaron Beam, the former millionaire-turned-yardman, will tell his tale of getting involved in corporate fraud and going to federal prison. He will give an account of how the collapse of the Birmingham, Ala., based HealthSouth became one of the biggest corporate frauds in history.

HealthSouth, the nation’s largest provider of outpatient surgery and rehabilitative services, was founded by Beam and Richard Scrushy in 1984. Revenues grew to more than $3.5 billion until 1996, when earnings fell just short of a publicly announced goal. Beam and others began to “cook the books.” By 2003, HealthSouth paid more money in taxes to the federal government than it legitimately earned the previous year. In August 2005, Beam was sentenced to jail for his role in the fraud.

Anguished and guilt-ridden at what was happening, Beam resigned from the company in 1997. Over subsequent years, he came to believe that HealthSouth’s Wall Street numbers were accurately reflected –though, in reality, Scrushy’s eventual billion-dollar fraud was continuing. His book, “HealthSouth: The Wagon to Disaster,” refers to convicted CEO Richard Scrushy’s repeated exhortation to “all those aboard the HealthSouth wagon” to pull their share of the load or get off.

The event is free and open to the public; it is sponsored by the UWF College of Business, UWF College of Arts and Sciences, Delta Sigma Pi Professional Business Fraternity, Association of Certified Fraud Examiners and Institute of Internal Auditors.

One hour of CPE will be awarded for those preregistering. For more information, contact Betsy Bowers, UWF Associate Vice President Internal Auditing, at bbowers@uwf.edu or 850-474-2636.