A trio of students at the University of West Florida are developing a new camera-based system to help canine handlers in the military monitor and coordinate with their dogs. 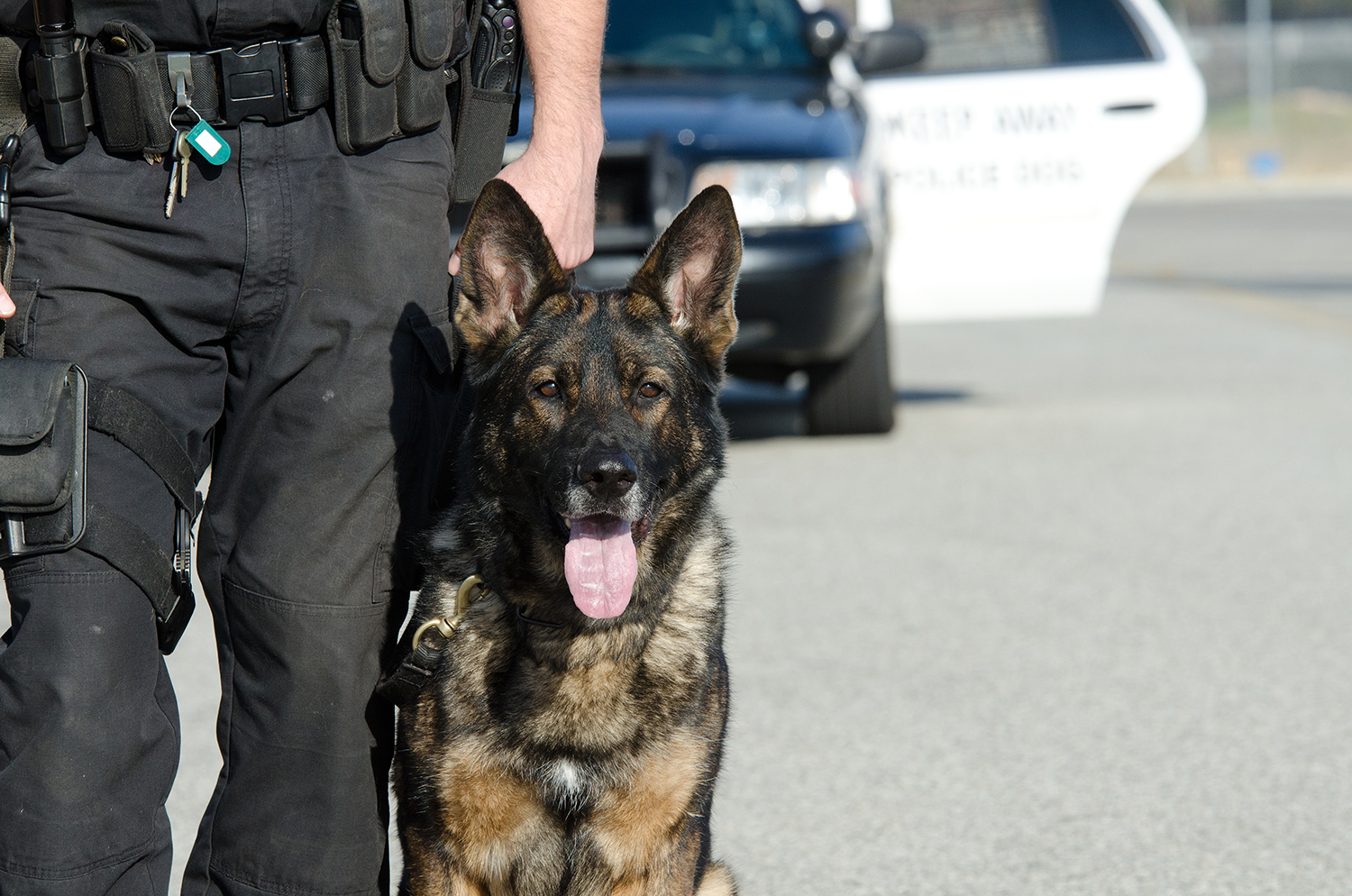 The idea sprang from the students’ experience in Hacking for Defense, a UWF summer course in which students work in teams directly with agencies and companies in the defense and intelligence community on issues presented by government and industry partners.

“We were given an issue to work on, and we had to figure out a solution to it upfront,” said Tyler Faist, a sophomore majoring in international studies. “And our product definitely evolved over the course of the project because we worked on it for a solid three months—interviewing potential users along the way.”

Faist, along with Trey Hillard, a senior majoring in computer science and Quinton Fallon, who graduated in July, formed a team at the start of the H4D course. They have since started the company TQT Industries, to work toward developing and selling their product, which they named the Guided Fur Missile Tactical Camera System.

The course paired the team with a client in the U.S. Army. The team’s task was to boost the combat effectiveness and situational awareness of military canine handlers and their dogs. As the term progressed, the students began to focus on the vest-and-camera setup that enables handlers to work with their dogs.

Camera systems currently used by canine handlers are heavy and that can cause the camera to shift as the dog moves, according to Faist.

“The camera tilts, and, suddenly, you’re looking at a room sideways,” Faist said. “You can’t identify threats. That’s no good to you.”

The camera’s placement on the canine’s back also can be problematic, as the dog’s head can block the camera’s view. The H4D team’s solution calls for a lightweight, light-sensitive camera mounted elsewhere on the dog. The system streams video to the handler through an Android app.

“Altering the position was a big thing,” said Hillard, a U.S. Air Force veteran. “We did a lot of testing on that.”

H4D provided the opportunity for the team to interview several dozen potential users of the product. The process yielded valuable feedback that the students implemented into the design. The interview process also got the team thinking about customers outside the military.

“Once you actually dig into it, you find that there are a lot more people out there who use dogs to do a job,” Faist said.

The team plans to promote the product not just to the military, but also to law enforcement personnel, search and rescue teams, and trainers.

“TQT Industries has developed an innovation with a high likelihood for dual-use commercialization, meaning the product could be applicable for both military and non-military customers,” said Dr. Donovan Chau, director of research engagement for the UWF Division of Research and Strategic Innovation. Chau helped start the H4D course and is the team’s H4D faculty advisor.

H4D is a national program sponsored by the U.S. Department of Defense that began at Stanford University and quickly spread to other institutions. UWF, which began offering the course last year, was the first Florida university to participate in H4D.

The next H4D course is scheduled for Summer 2020. Registration opens in spring.

“Unlike any other university class you ever take, the H4D course will challenge you and your team to create a real solution to a real U.S. national security problem,” Chau said. “It’ll be an unforgettable, transformational experience to share with future employers.”