The University of West Florida will be the new host to a Chinese government-sponsored Confucius Institute, through a partnership with Sichuan International Studies University (SISU) in Chongqing, China. There are currently three Confucius Institutes in Florida, and roughly 90 in the United States. 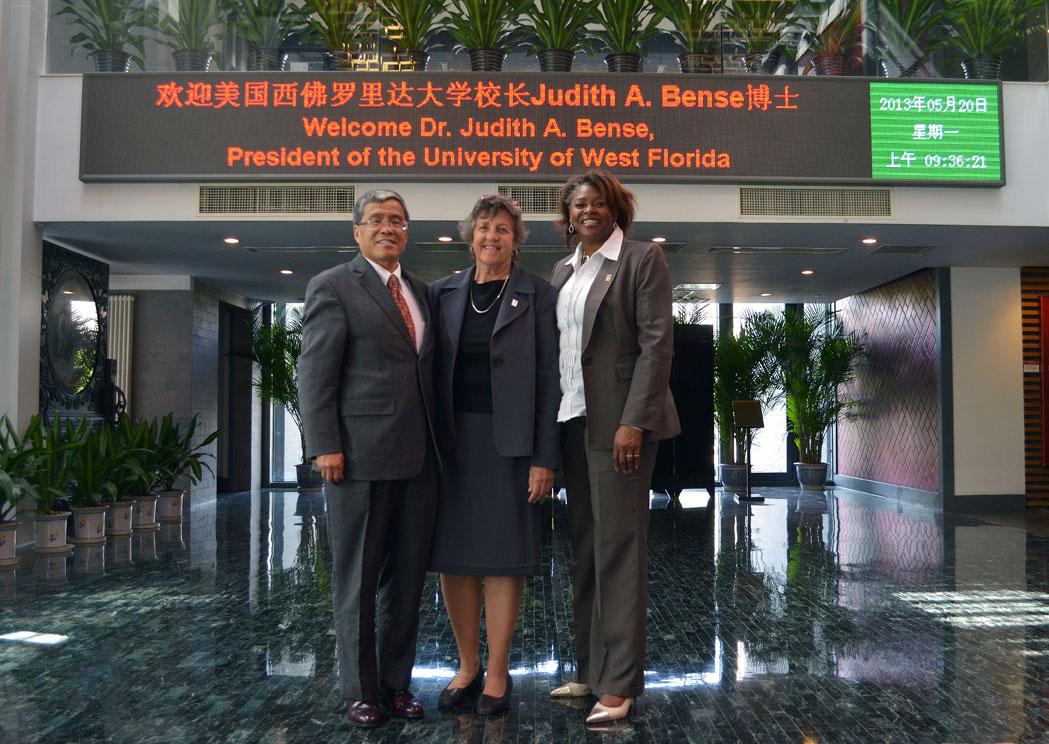 Confucius Institutes are committed to providing Chinese language and cultural teaching resources, and to contributing to the development of multiculturalism among students in other countries.

UWF President Judy Bense signed the official partnership agreement between UWF, the Office of Chinese Language Council International/Confucius Institute Headquarters and SISU in Chongqing on May 20, 2013.

On her visit, Bense had the opportunity to meet with Dr. Ping Hao, Vice Minister of the Chinese Ministry of Education, the highest ranked official in charge of Chinese international education and cooperation. At SISU, Bense met with President Keyong Li and Vice President Jianping Li.

Bense also sat with Vice Governor Jichao Xu, who oversees Education, Sciences, Technology and International Education for the Henan Province, which has a population more than 100 million. At Zhengzhou University, she met with experts in her field and signed an agreement with Henan’s Zhongyuan University of Technology, allowing UWF students to excavate with Chinese students on historical sites.