The University of West Florida will honor Drs. Robin Blyn and Jane Caffrey at the UWF Rite of Passage Lecture Series event on Friday, Oct. 17 at 2 p.m. in the Argonaut Athletic Club. 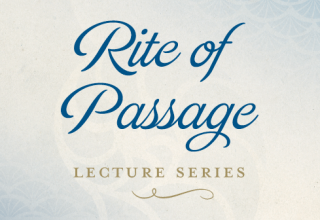 The UWF Rite of Passage Lecture Series is a distinguished lecture series celebrating UWF faculty who were recently promoted to full professor. The series gives professors the opportunity to share life lessons outside of the classroom with colleagues, students, friends and community members.

Blyn, professor of English, will present a lecture titled, “Becoming Avant-Garde: Rethinking the Value of Art.” Blyn has published a wide range of articles in the 20th century and contemporary literature and culture. The University of Minnesota Press recently published her first book, The Freak-garde: Extraordinary Bodies and Revolutionary Art in America. She is currently at work on a book-length study of literature and visual art that re-conceive “community” and “collectivity” in the aftermath of the Second World War.

Caffrey, professor of Biology, will present a lecture titled, “Marshes, Mud and Mentoring: Exploring Estuaries Around the U.S.” Caffrey is an ecologist with 25 years experience studying biological and chemical processes in estuaries and coastal environments. She has worked on water quality issues and seagrass restoration in local estuaries with local NGOs and state agencies. She previously held a long-term study with colleagues at Florida State University to measure atmospheric deposition of mercury, trace metals and major ions to the Pensacola Bay watershed. This was a seven-year study to determine the sources of mercury in rainwater, specifically the contribution of local emissions of mercury from coal fired power plants.

Caffrey, along with colleagues from Gulf Coast Research Lab and Dauphin Island Sea lab, are currently examining the effects of Phosphorous spills on the Grand Bay National Estuarine Research Reserve.

A reception will immediately follow the lecture. This event is free and open to the public.