University of West Florida researchers are helping the U.S. Navy evaluate parachute training devices for its pilots and other personnel. 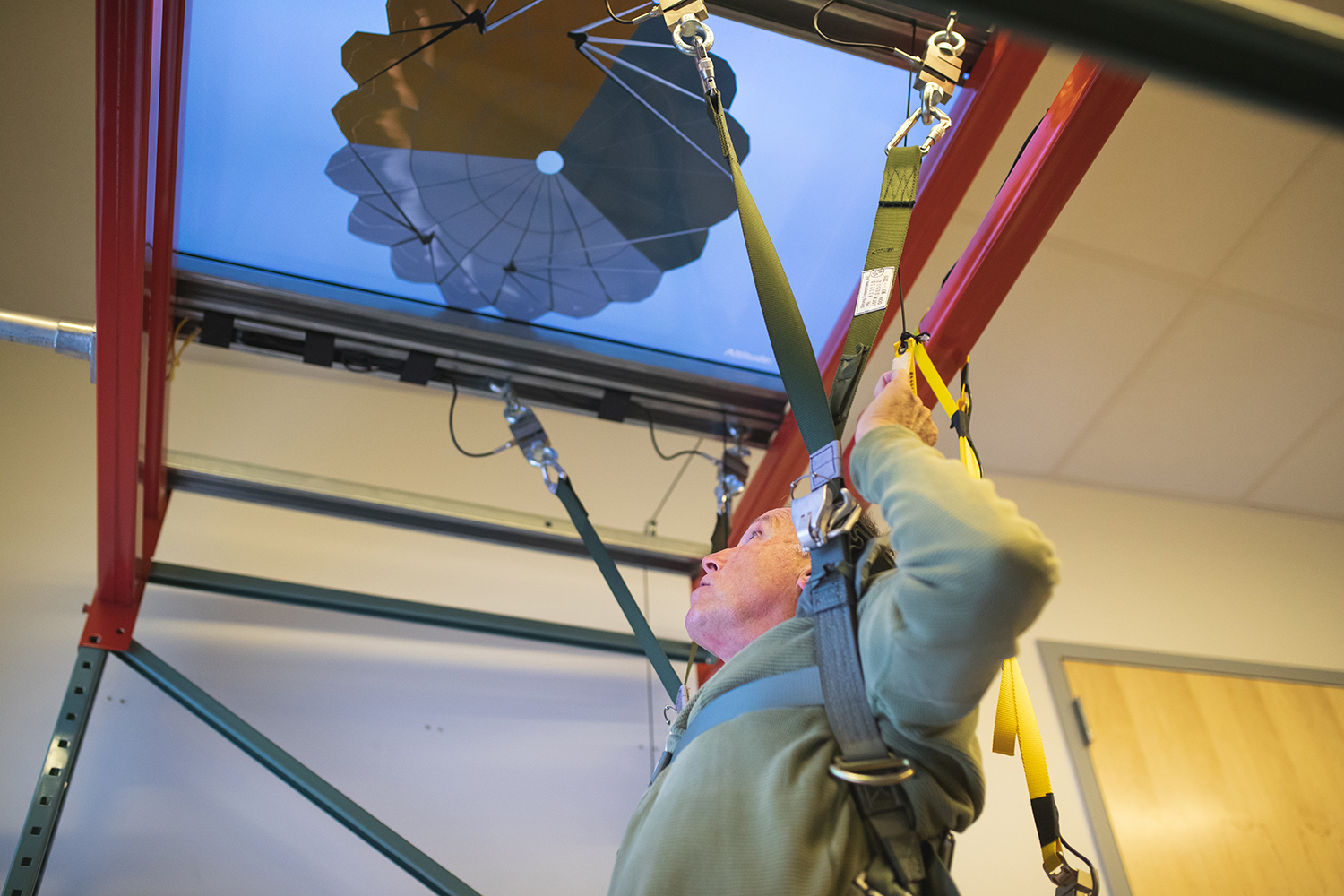 Dr. Steven Kass, professor in the Department of Psychology, and Dr. Valerie Morganson, associate professor in the Department of Psychology have been working on the project. Their work includes conducting analyses to determine the cognitive skills such training programs must develop. Their research also consists of evaluating parachute training systems, including ones that employ virtual reality and other forms of simulation.

“This is a fun, exciting project and a neat way to help the military,” Kass said.

Kass and Morganson are working with Soar Technology Inc., which subcontracted the work to the University.

The UWF professors are performing analysis utilizing a simulation lab on the University’s Pensacola Campus to study how parachute users behave during emergencies. The lab features parachute riggings, harnesses and other equipment that enable the researchers to note details, such as where parachute users tend to look first after they deploy their chutes.

“A big part of the training is learning how to resolve parachute malfunctions,” Morganson said.

The simulator can replicate many parachute malfunctions. It can also determine whether actions users take during the simulations would correct the malfunction. Kass and Morganson are using observations to provide feedback to the Navy and SoarTech that will inform training and equipment modifications. The findings will help personnel to complete the tasks required to land safely.

For more information about the Department of Psychology, visit uwf.edu/psychology.

This material is based upon work supported by the Naval Air Warfare Center under Contract No. N61340-19-C-0031. Any opinions, findings and conclusions or recommendations expressed in this material are those of the author(s) and do not necessarily reflect the views of NAVAIR.