The University of West Florida celebrated a $18,867 donation to the Larry Butler Memorial Music Award on Thursday, Jan. 28 at the UWF Center for Fine and Performing Arts. The new funds are a result of ticket sales and donations from the Nashville Songwriter’s Hall of Fame show as part of the Frank Brown International Songwriters Festival, hosted at UWF in November. 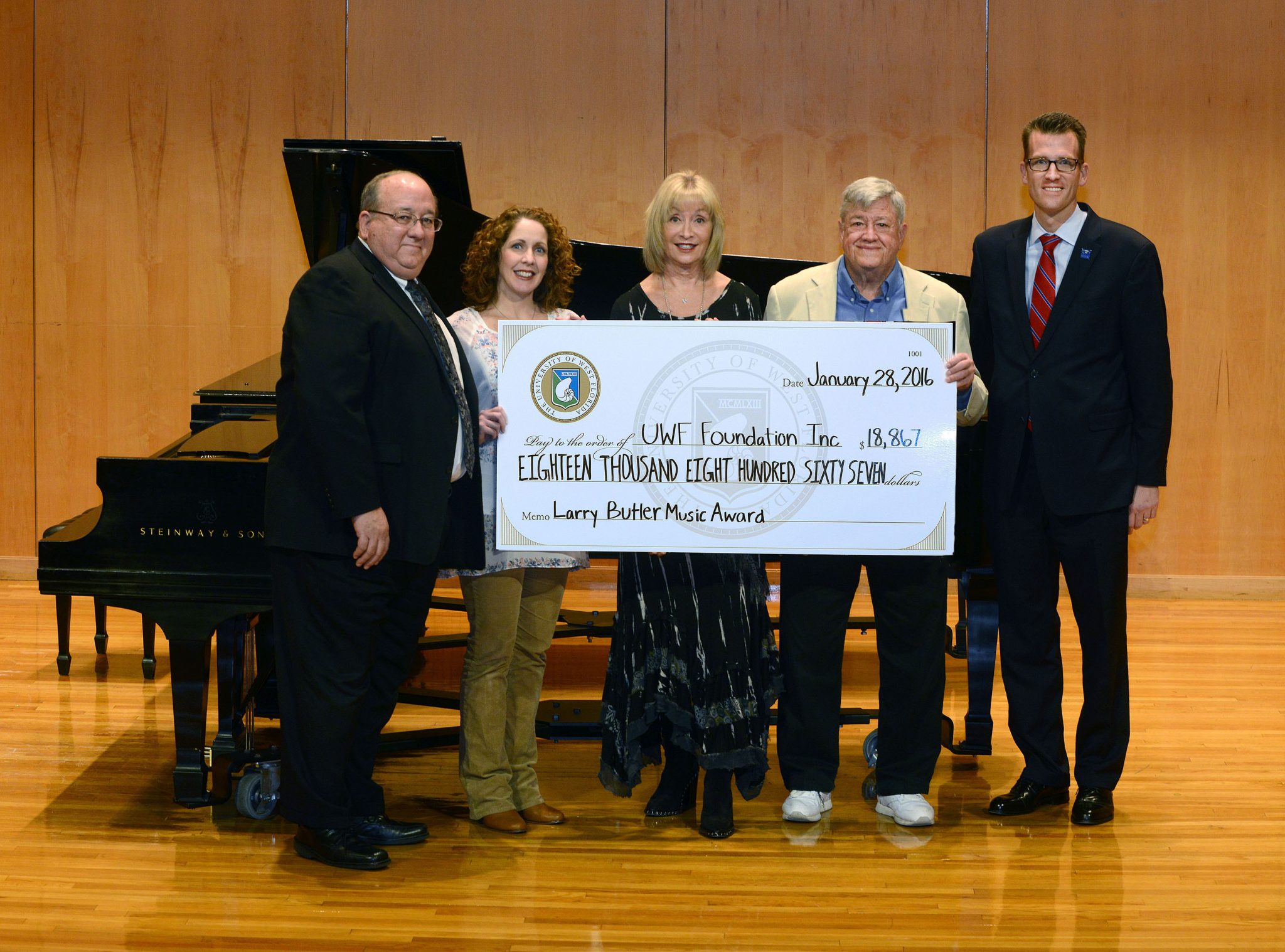 Gifts made by Butler’s family and friends during the 2014 songwriters festival totaled $7,500 and led to the establishment of this award in June 2015. Proceeds from the 2015 festival more than doubled that amount. The award will be used to support UWF music students in academic competitions and performance-related travel.

“Our department is honored to be affiliated with the Frank Brown International Songwriters Festival,” said Dr. Sheila Dunn, chair of the UWF Department of Music. “We are thrilled that we will be able to send music students to participate in the UWF Ireland Experience Program for the first time. This is a dream come true for me and the students. We are so thankful for this transformative and life-changing gift.”

Butler, a Pensacola native, was an award-winning songwriter and producer who worked with top-recording artists such as Johnny Cash and Kenny Rogers. Yet as successful as his career in Nashville became, his love for his hometown was evident in the ways he gave back – including the benefit concert he produced to raise money to rebuild following Hurricane Ivan.

“Larry had a huge heart and an amazing, God-given talent that took him to places he never dreamed possible,” said Peggy Butler. “His daughter Schanda and I hope through this music fund others will be able to reach that same dream.”

The Frank Brown International Songwriters Festival hosts Grammy Award winning songwriters and the up and coming stars to perform original songs in multiple locations in Perdido Key and Pensacola, Florida and Orange Beach and Gulf Shores, Alabama. Festival attendees enjoy an up close and personal concert experience and are often able to learn the stories behind the songs as told by the original author. Venues welcome more than 200 songwriters that come from around the country and around the world.