The University of West Florida Center for Cybersecurity provided virtual training for the Escambia County Supervisor of Elections staff on Wednesday, July 15, in preparation for the 2020 general election. 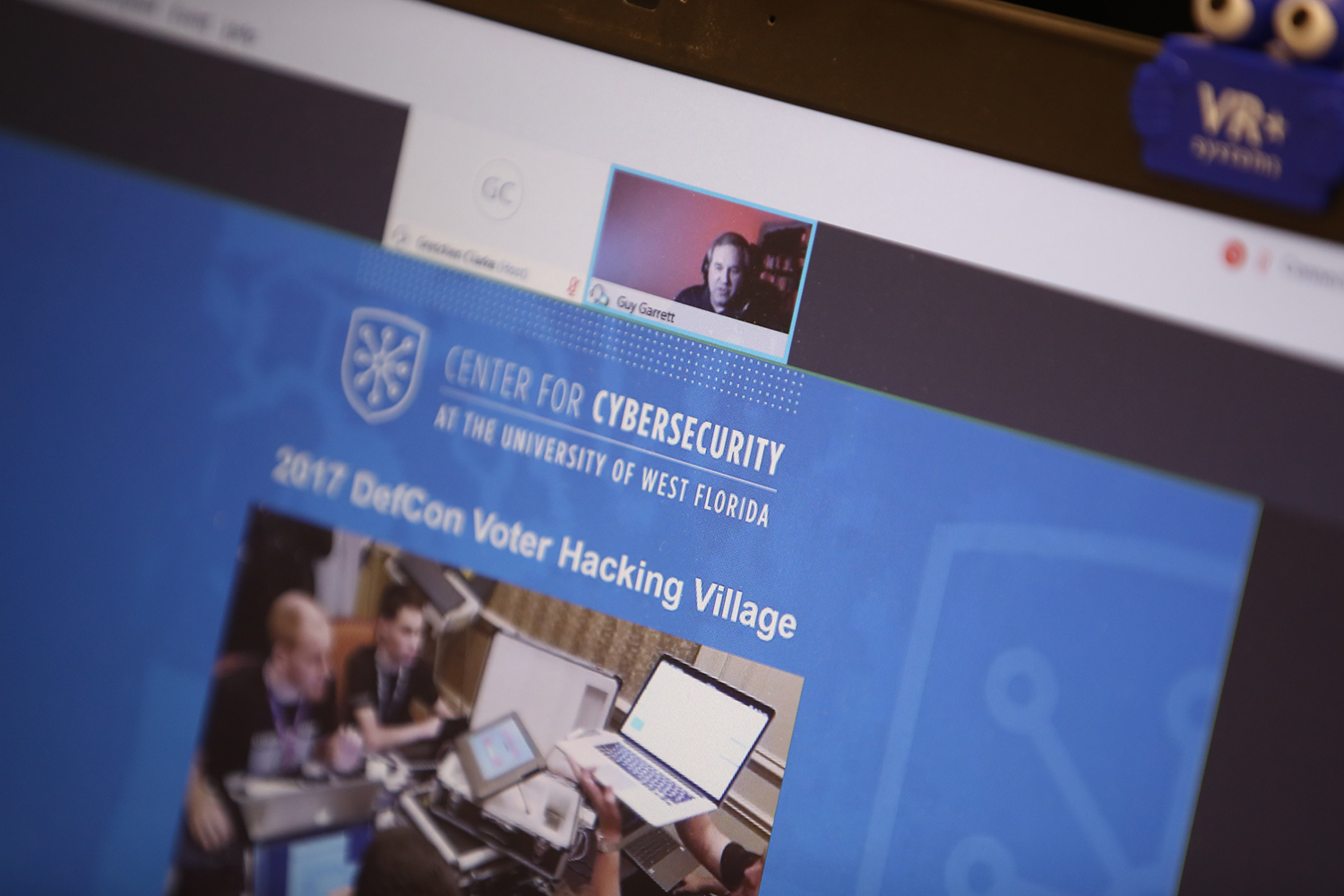 The election training session included how to report suspicious activity, demystifying the world of hackers and building a cybersecurity culture in which all staff members understand their roles in minimizing vulnerabilities.

“A network is only as strong as its weakest link,” said Center for Cybersecurity Assistant Director Guy Garrett, who led the training session. “Credit to the Escambia County Supervisor of Elections staff for taking this seriously. Voters in the county should take comfort in the fact that the staff increased their preparedness by participating in the training.”

David Stafford, Escambia County supervisor of elections, scheduled the training session as a proactive step to ensure his staff is properly prepared for possible cybersecurity threats during the general election. Stafford underwent similar training for the 2018 midterm elections when the UWF Center for Cybersecurity partnered with the Florida Department of State to enhance cybersecurity resiliency by training supervisors of election and key personnel.

“Election security has never been more important to Florida’s election officials,” Stafford said. “Supervisors of elections from across the state have engaged with state, federal and non-governmental entities to enhance our security posture. UWF’s Center for Cybersecurity has been a key partner in our efforts.”

Florida’s 2018 midterm election concluded without any reported intrusions by hackers, unlike the 2016 general election. At a press conference in 2019, Florida Gov. Ron DeSantis said Russian hackers breached the systems of two county elections systems in Florida during the 2016 general election. DeSantis declined to reveal the two counties, but he said the hackers did not affect any vote tallies and were unsuccessful in tampering with data.

The U.S. Senate Intelligence Committee concluded in 2019 that election systems in all 50 states were targeted by Russia in 2016.

For more information about the UWF Center for Cybersecurity, visit uwf.edu/cybersecurity.