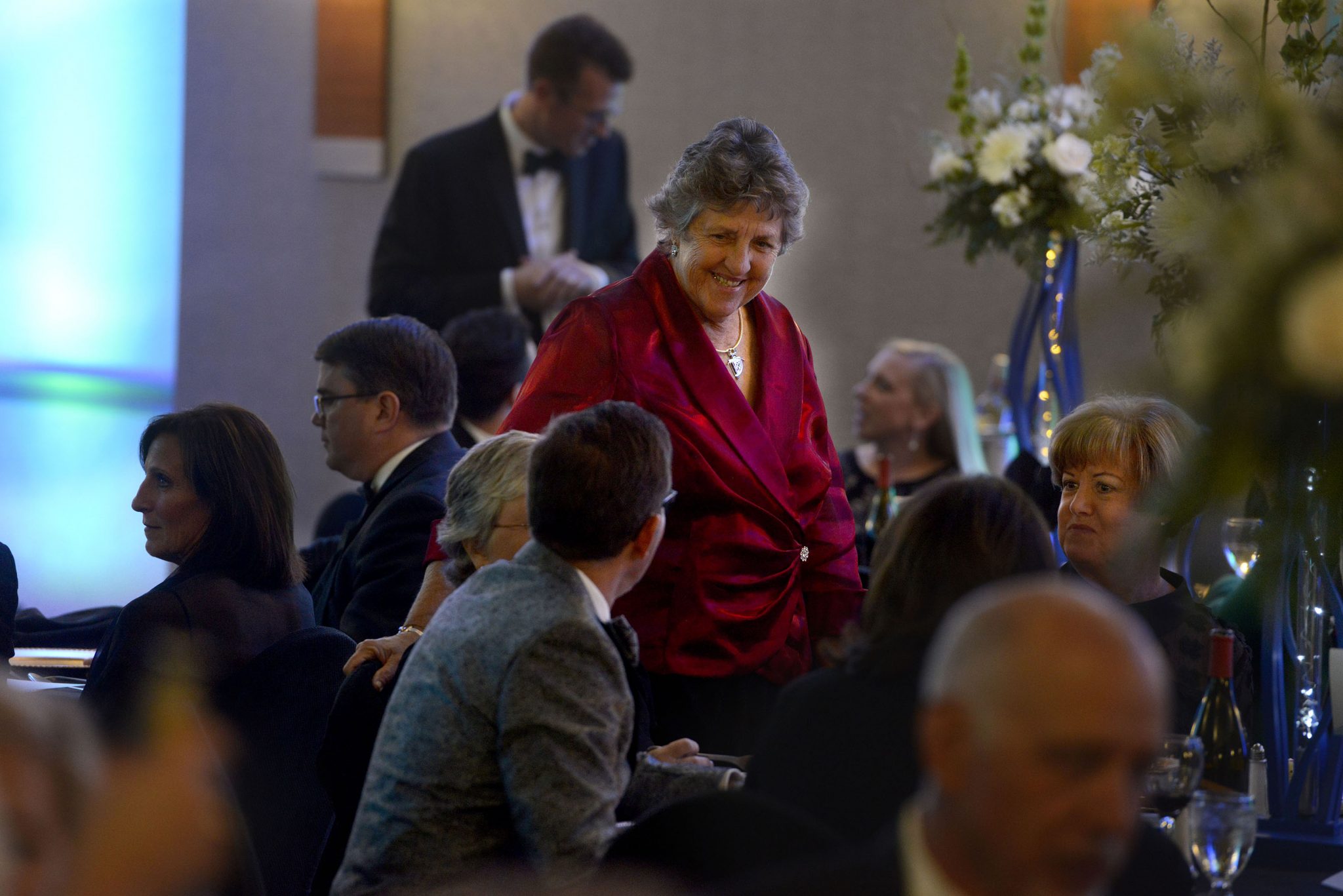 “The University’s 50th Anniversary is a prime opportunity to prove not only to ourselves, but to our community, our region and our state that UWF is a key resource for Northwest Florida and every gift is essential to UWF’s success,” said Dr. Brendan Kelly, vice president for University Advancement.

The University also made its last major gift announcement of Judy Bense’s presidency – a $1 million contribution to the campaign from President Judy Bense.

“I came to the University of West Florida 36 years ago in search of academic freedom and I found it here,” Bense said. “This is an institution that says ‘yes’ to new ideas and initiatives and enables you to prove yourself. UWF has been an excellent place for people like me who think a bit outside the box and want to do something different.

“I’ve traveled the globe to share the UWF story and convince others of the value of investing in our University,” she added. “As I prepare to retire as president, it’s only fitting that I leave a legacy of ‘putting my money where my mouth is.’ Every dollar given to UWF has a significant impact on the lives of our faculty and students, as well as our surrounding region, state and beyond. I’m proud to join the wave of change to enhance the future of the University.”

“As an alumnus of the University, I am thrilled to see the outpouring of support from our community, businesses and alumni,” said O’Sullivan. “I want to encourage everyone to continue to participate in this campaign and catapulting the University forward.”

The event also recognized the members of the 50th Anniversary Capital Campaign Executive Steering Committee for their leadership in developing the capital campaign. The members include: O’Sullivan, regional managing member of Warren Averett, LLC; Bear, president and CEO of the Lewis Bear Company; Joe Ambersley, Executive Vice President of PAETEC Corp; K.C. Clark, senior vice president and deal manager for Raymond James & Associates, Inc. and member of the UWF Business Enterprises Inc. Board of Directors; Sandy Sansing, CEO of Sandy Sansing Automotive; and Bentina Terry, vice president of customer service and sales for Gulf Power Company and member of the UWF Board of Trustees.

The University has already raised more than $48 million during the quiet phase of the capital campaign, which started in January 2011 and boasts some of the largest gifts in University history.

Quint and Rishy Studer also showed their support of UWF through two $1 million gifts – the first to fund the Pensacola Pledge Scholar Program and provide scholarships for graduating seniors in Escambia and Santa Rosa County to attend UWF or Pensacola State College starting in 2012, and the second to develop the UWF Center for Entrepreneurship in July 2015.

In September 2014, UWF received a legacy gift totaling more than $770,000 from the estate of John Thayer and Joan Ames Burr. Of the gift, $250,000 served as the lead gift for UWF football, and more than $500,000 went to support high impact and undergraduate research initiatives in the College of Science and Engineering.

The Bear Family Foundation also gave a $1 million gift to support the UWF Department of Engineering and the supply chain logistics program in December 2013.

Gulf Power company also served as a major supporter, most notably by contributing a $605,000 gift from to support “Voices of Pensacola”, a multicultural center highlighting the city’s diverse history.

“These are just a few examples of the incredible support we’ve already received from donors, alumni and friends of the University,” Kelly said. “The generosity displayed by these individuals and corporations speaks volumes about their belief in the value of what we do every day at UWF – provide a quality education to students who will go on to make waves in our community and beyond.”