The University of West Florida Department of Theatre presents “The Great American Trailer Park Christmas Musical” with music and lyrics by David Nehls and book by Betsy Kelso. Performances will be held December 2-4 and December 9-11 with shows at 7:30 p.m. on Friday and Saturday, and 2:30 p.m. on Sunday. All performances will take place in the Mainstage Theatre of the Center for Fine and Performing Arts, Building 82, on the Pensacola campus. 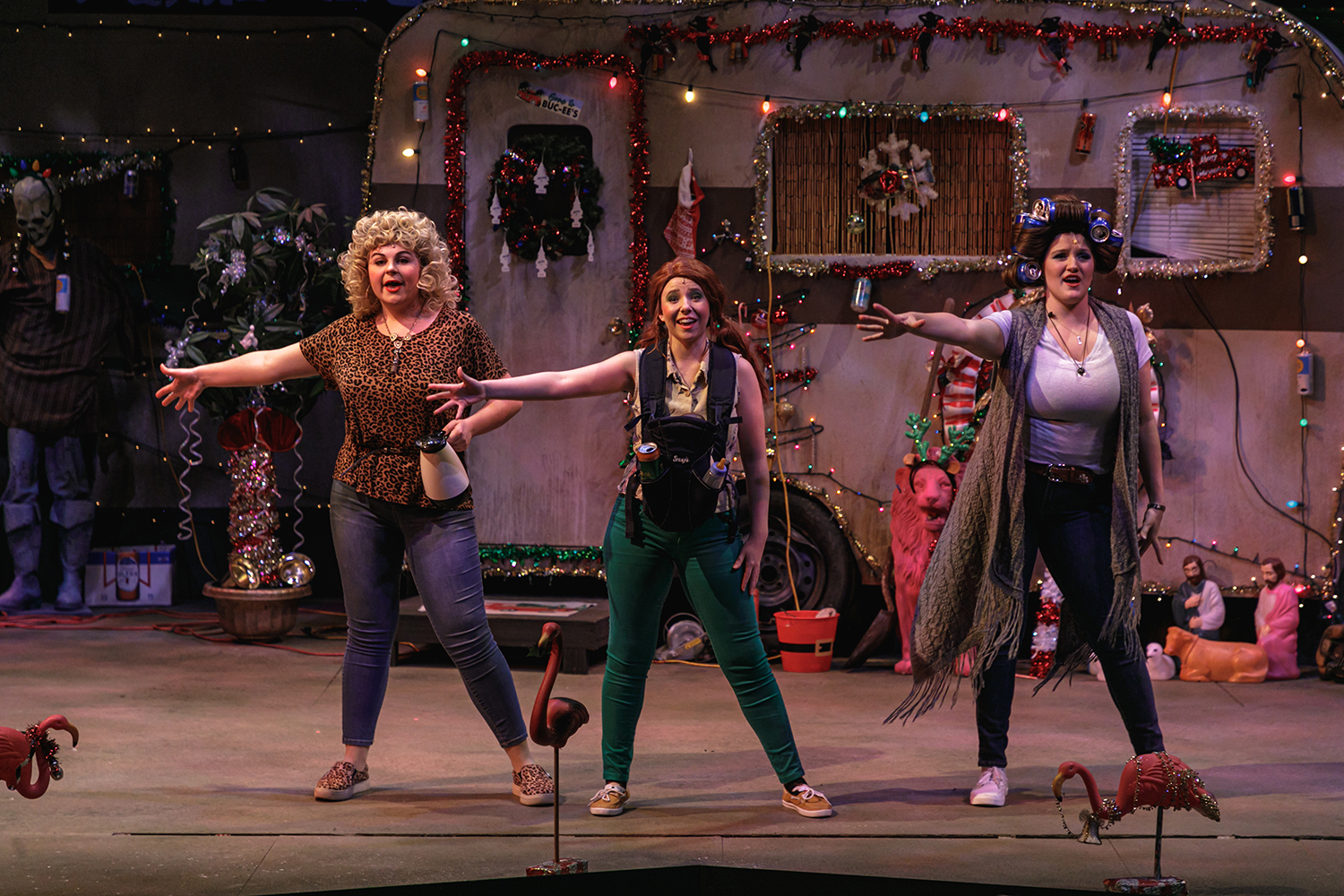 “The Great American Trailer Park Christmas Musical” takes us to Armadillo Acres (North Florida’s premier mobile-living community) where everyone is filled with Christmas spirit and beer! But when a freak bout of amnesia strikes the park Scrooge (Darlene Seward), neighborly love is put to the test. Can the group rally to show Darlene the true meaning of Christmas? Can they take home the Mobile Homes and Gardens holiday decorating prize? It will be a cat-fightin’, chair-throwin’ good time – but with tinsel and Keg Nog!

Schoch is an award-winning actress who combines her 15 years of musical theater experience with her passion for teaching students the techniques of the profession.

In 2015, she was recognized by the city of Boston as a Certified Artist, a designation given to artists who have substantial talent and whose vast body of work contributes significantly to the arts in Boston and state as a whole. She is also a two-time winner, and four-time nominee, for the New Hampshire Theatre Award for Best Actress in a Musical, which she won in 2012 for her performance as Mother in “Ragtime.”

As a professional actress, Schoch is continuously honing her craft. She has appeared in more than 150 professional productions and worked with many Broadway veterans, including Marc Kudish, Kerry O’Malley, Rob Gallagher, Raymond Sage, Robbie Sella, and the legendary Jack Dabdoub. She played Jenny Hill in the premier of Andrew Lippa’s “Big Fish,” rewritten by Lippa and screenwriter John August for a smaller cast in regional theatres. Her other production highlights include playing Cathy in “The Last 5 Years” (Artie nomination), Roxie in “Chicago,” Kate/Lilli in “Kiss me, Kate!” (New Hampshire nomination), Christine in “Dirty Rotten Scoundrels” (New Hampshire nomination), and Julie in “Some Enchanted Evening” (Joseph Jefferson nomination).

Some of her students and mentees have appeared in the Broadway productions of “Aladdin,” “Finding Neverland,” “Les Miserables,” and the revival of “The Color Purple.”

General admission ticket prices are $20 per person for adults, $16 per person for senior citizens and active military, $14 per person for non-UWF students and UWF faculty and staff, and $7 for high school students. UWF students are admitted free with their Nautilus cards. Tickets can be purchased at the CFPA Box Office, Building 82, 850.857.6285 or online at uwf.edu/tickets. Due to the configuration of the seating area, once the play has started, no one will be allowed to enter the space until intermission. Recommended for mature audiences due to adult language and situations.