The University of West Florida Department of Theatre presents Disney’s “The Little Mermaid,” a musical with music by Alan Menken; lyrics by Howard Ashman and Glenn Slater; and book by Doug Wright. Performances will be held Feb. 15, 16, 21, 22 and 23 at 7:30 p.m. and Feb. 17, 23 and 24 at 2:30 p.m. All performances will take place in the Mainstage Theatre of the Center for Fine and Performing Arts, Building 82, on the UWF Pensacola Campus. 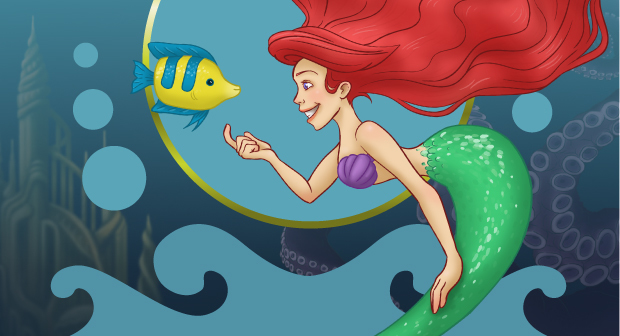 This year marks the 30th anniversary of the theatrical release for the classic animated film. Based on one of Hans Christian Andersen’s most beloved stories and the classic film, Disney’s “The Little Mermaid” is a hauntingly beautiful love story for the ages. With music by eight-time Academy Award winner, Alan Menken, lyrics by Howard Ashman and Glenn Slater and a compelling book by Doug Wright, this fishy fable will capture your heart with its irresistible songs, including “Under the Sea,” “Kiss the Girl” and “Part of Your World.”

Ariel, King Triton’s youngest daughter, wishes to pursue the human Prince Eric in the world above, bargaining with the evil sea witch, Ursula, to trade her tail for legs. But the bargain is not what it seems, and Ariel needs the help of her colorful friends, Flounder the fish, Scuttle the seagull and Sebastian the crab to restore order under the sea.

Ticket prices are $18 for adults, $14 for senior citizens and active military, $12 for non-UWF students and UWF faculty and staff and $6 for high school students. UWF students are admitted free with their Nautilus cards. Tickets can be purchased at the CFPA Box Office, Building 82, 850.857.6285 or online at uwf.edu/tickets.