Dr. Leonid Yanovskiy, professor and director of strings and orchestra, will be a part of the UWF Downtown Lecture Series “Art as Grit: The Siege of Leningrad in Music and Poetry” on Thursday, Jan. 31 at 6 p.m. The performance will be at Old Christ Church, 405 South Adams St., in Historic Pensacola. 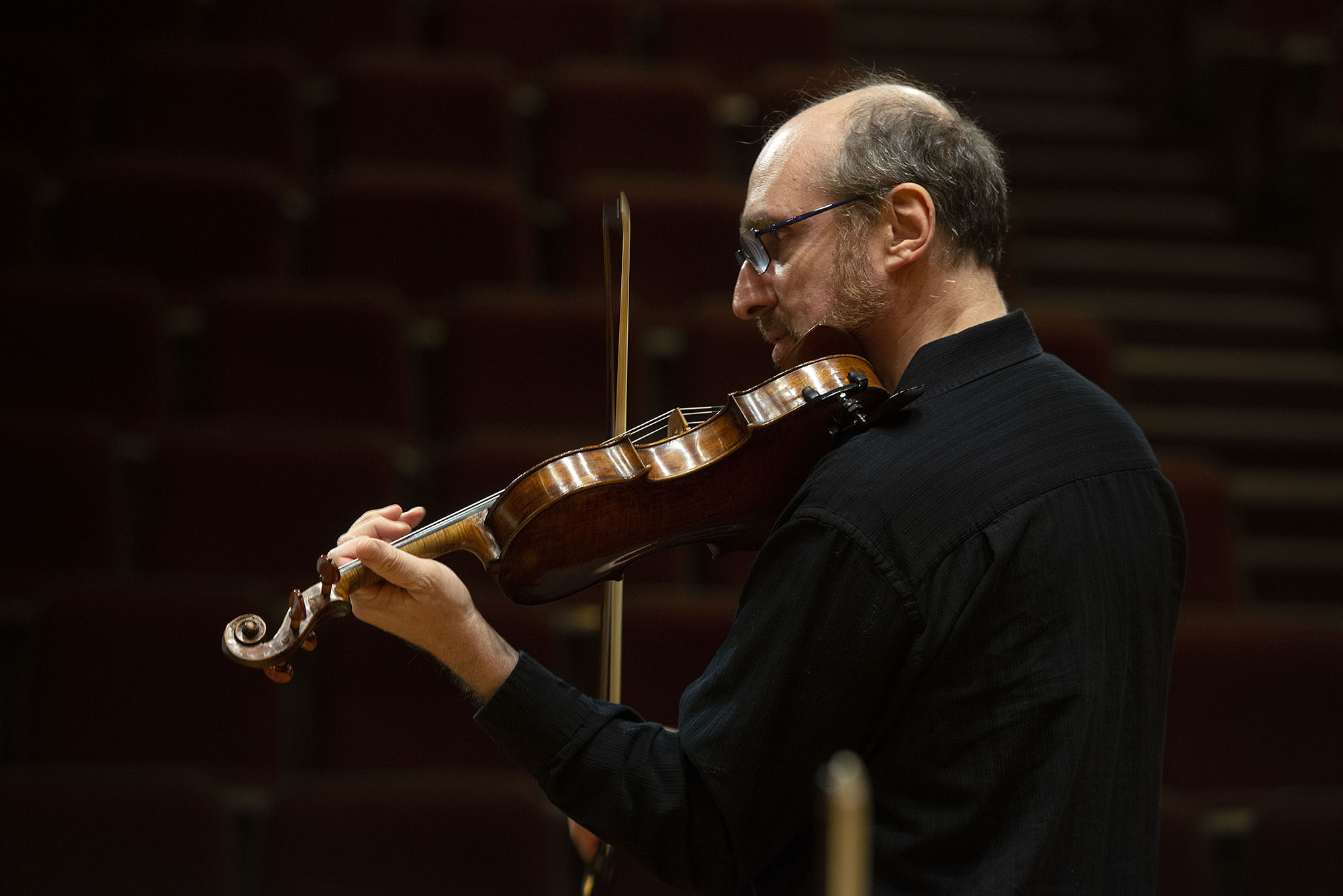 The event combines a performance of Soviet composer Dimitri Shostakovich’s “Piano Trio No. 2” by UWF music faculty Yanovskiy, violin, Aleksandra Pereverzeva,cello, and Blake Riley,piano, with original sonnets about the siege of Leningrad by Jonathan Fink, UWF professor of creative writing. Following the performance, UWF history professor Dr. Daniel Miller and musicologist Dr. Victoria Adamenko will join the performers for discussion of the work and its impact.

The year 2019 marks the 75th Anniversary of the world premiere of Shostakovich’s composition which was written after he learned of the death of his close friend and musicologist Ivan Sollertinsky from a heart attack at age 41. Sollertinsky had been evacuated to Siberia with the Leningrad Symphony during the Nazi invasion. The piece is seen not only as a memorial to Sollertinsky, but also to all of the oppressed in the world.

Fink will be reading from his collection of sonnets “Barbarossa: The German Invasion of the Soviet Union and the Siege of Leningrad.” “Barbarossa” focuses on the individual lives of Leningrad citizens during the first year of the Siege, from the initial German invasion to the formation of supply routes over the frozen Lake Ladoga.

The event is free and open to the public. RSVP’s are not required, but seating is limited and on a first come, first serve basis.