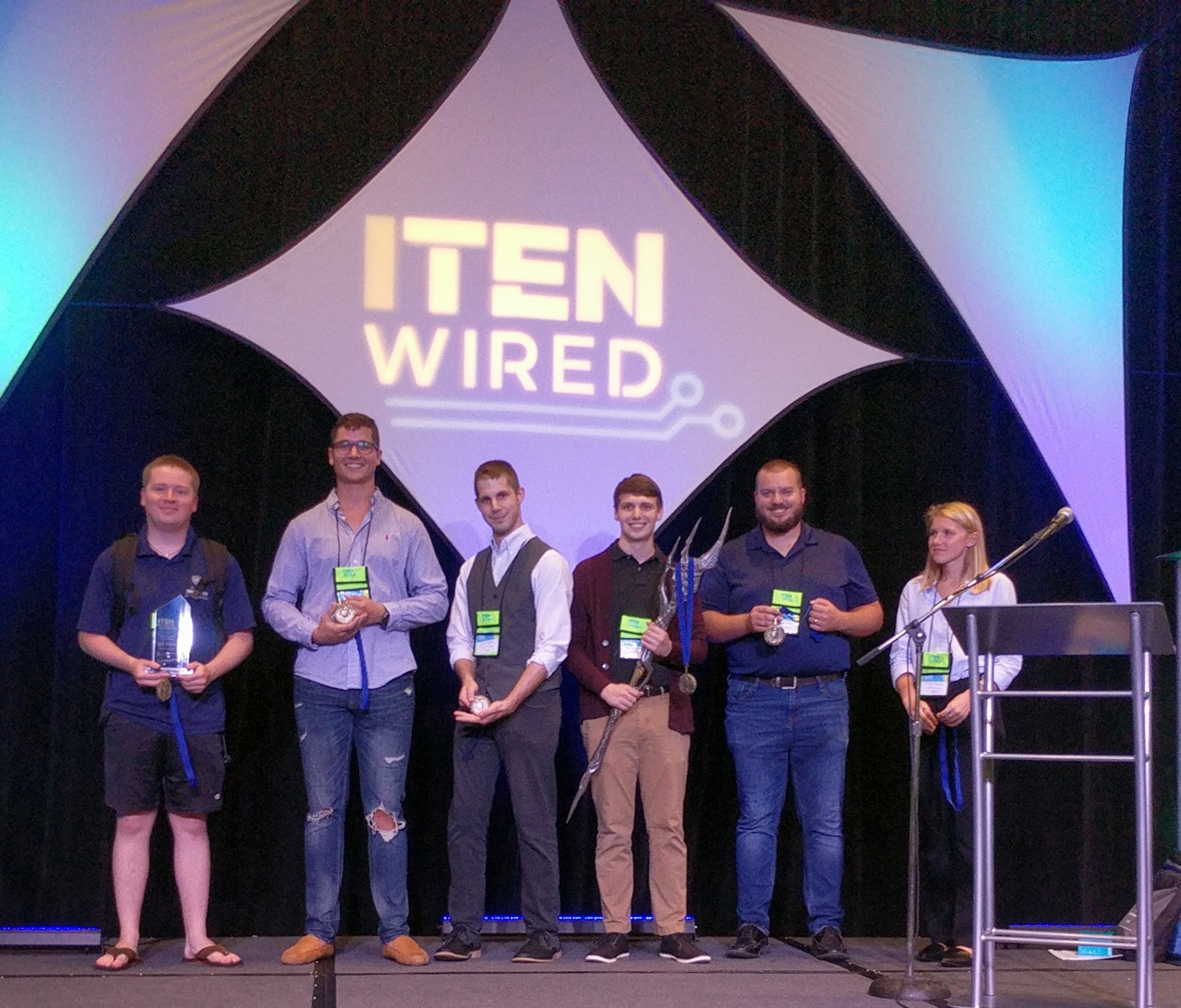 The UWF Center for Cybersecurity hosted the competition on its state-of-the-art Florida Cyber Range. During the competition, each team logged into a poorly secured network that was under attack and took on the role of incident responders. The exercise tested their ability to detect, defend and defeat a wide variety of threats with no ability to prepare in advance.

“Overall, it was a very good competition,” said Mitchell, who captained the winning UWF team. “The design was very well thought out. We had to come up with creative decisions to combat the problems that were present on the machines. All of the machines were bugged in some capacity.”

This marked the second consecutive year that UWF won the ITEN WIRED competition. Last year, organizers provided students information in advance to prepare for the competition and the UWF Cyber Club held practice sessions. This year, the Center for Cybersecurity increased the difficulty by waiting until the day of the competition to provide students any details.

“We were given access to one workstation machine and we had to discover the network on our own,” said Thibaut, who competed on both the 2017 and 2018 championship teams. “The tools we would’ve normally used were not available, so we had to rely on writing our own scripts to discover devices on the network. We had several situations where we needed to learn on the fly. Taking away those tools certainly made things more difficult, but we were still able to get the job done.”

Thibaut teamed up with five ITEN WIRED newcomers to win the 2018 title. He cited effective communication skills as the common denominator between the 2017 and 2018 championship teams.

“In a situation like this, when you’ve just been thrown into a live network, you need to be able to communicate what you’re seeing to everyone clearly and effectively,” Thibaut said. “It’s important to work with each other to make sure those changes you’re making aren’t going to interrupt what someone else is doing. Many of our team members are new to the subject, so we tried to use each change we made as an experience to teach them. It’s that transfer of knowledge that allows everyone to communicate at the same level.”

For more information about the UWF Center for Cybersecurity, visit uwf.edu/cybersecurity.