The University of West Florida formally installed Dr. Martha Saunders as its sixth president during the inauguration ceremony held on April 21 at the UWF Center for Fine and Performing Arts. 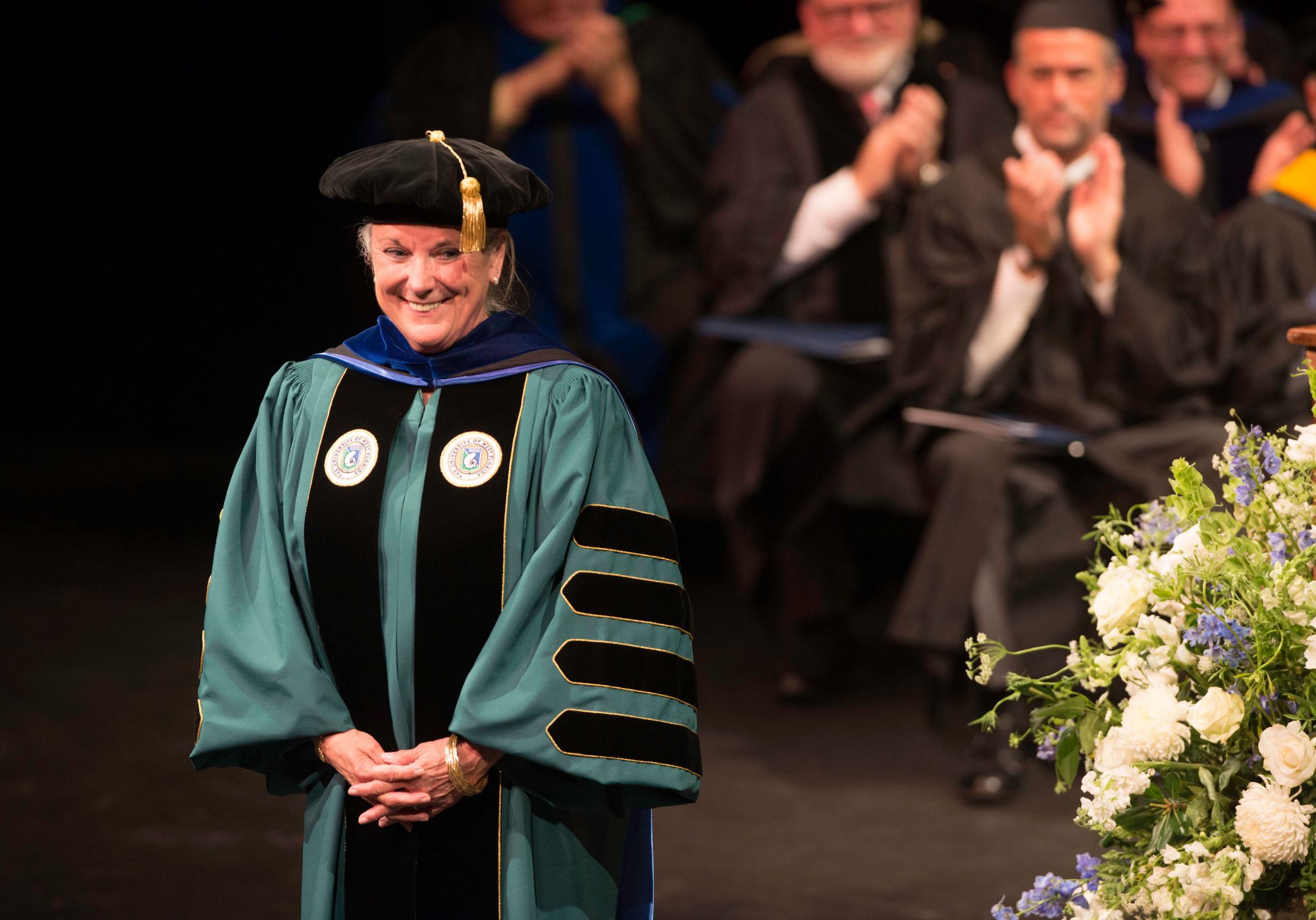 “I am truly glad to be here today the inauguration of a new president is really a celebration of the university she serves,” Saunders said.

Trustees, faculty, staff, students, board members, community leaders and delegates from institutions across the globe attended the celebration, which included a reception at UWF on the Emerald Coast on Tuesday, a distinguished guests reception on Thursday evening and an inauguration procession, ceremony and reception on Friday. Honored guests included Marshall Criser III, chancellor of the State University System of Florida, Madeline Pumariega, chancellor of the Florida College System, the Honorable Ashton Hayward, mayor of the City of Pensacola, Connie Crosby, representative of first UWF president Harold Crosby, past president Dr. John Cavanaugh, and Drs. Morris Marx and Judy Bense, presidents emeriti.

“This is an extraordinary day for the University of West Florida and I am thrilled to install Dr. Saunders as the sixth president of this remarkable institution,” said Mort O’Sullivan, chair of the UWF Board of Trustees. “She is the leader we need to take the University to the next level and help us grow our impact on our community, region, state and beyond.”

Saunders was selected as the sixth UWF president in September 2016, following a unanimous resolution passed by the Board of Trustees and confirmation by the Board of Governors in November. She assumed the role on Jan. 1, as the University launched its 50th Anniversary milestone celebration.

Saunders’ career in higher education began in 1984 at UWF, where she served as an instructor in the communication arts department. She quickly rose through the ranks, taking on roles including public relations program coordinator, director of the University Honors Program and dean for the College of Arts and Sciences.

Growth in enrollment, fundraising and campus structures were hallmarks of her previous leadership at the University of Wisconsin-Whitewater and the University of Southern Mississippi. Saunders envisions similar growth in those areas at UWF by increasing its physical presence in downtown Pensacola and Fort Walton Beach, investing in programs such as global online, cybersecurity and supply chain logistics and visiting local high schools to recruit talented students.

“I foresee a future when people arriving in this area will know they are in a university town because they can see it, hear it, feel it, experience it,” Saunders said. “ Our students will come to us fully confident in their choice because we will take them where they want to be.”