Today, the University of West Florida announced that Fred Levin, attorney and community advocate, is gifting his multi-million dollar waterfront home and estate, known as Timeless Tanglewood, to the institution. The donation also includes much of the renovated home’s contents, including works of art and collector’s items. The total value of the donation is more than $8 million, the largest gift by a living donor in the University’s history. 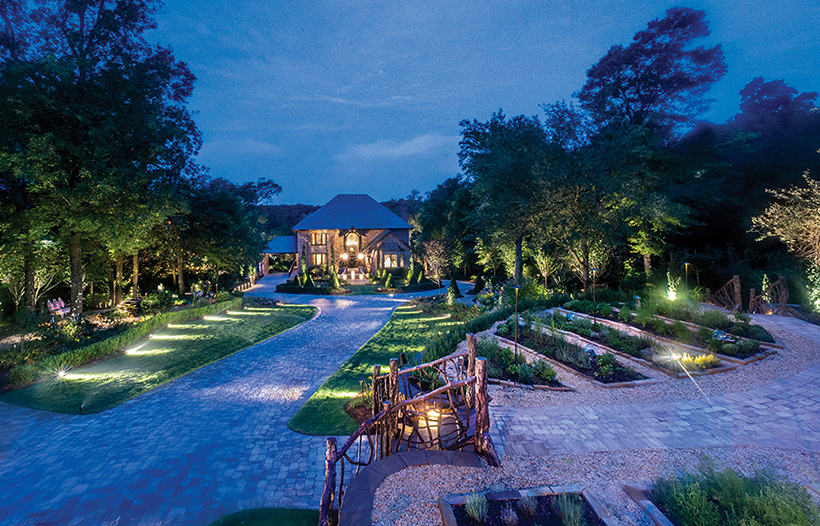 Today, the University of West Florida announced that Fred Levin, attorney and community advocate, is gifting his multi-million dollar waterfront home and estate, known as Timeless Tanglewood, to the institution. The donation also includes much of the renovated home’s contents, including works of art and collector’s items. The total value of the donation is more than $8 million, the largest gift by a living donor in the University’s history.

“Every gift we receive helps us provide students with access to high-quality, relevant educational opportunities,” said UWF President Martha D. Saunders.  “But every once in a while, a gift like this one from Fred Levin comes along that has the ability to transform what we do. We are most grateful for his trust in us.”

The property will provide the opportunity for enhanced learning experiences for students in the global hospitality and tourism management program.

In addition, the property is envisioned to offer a venue for meetings and events that support the University’s mission, as well as a place to host visiting dignitaries and academic scholars from around the world for the enhancement of UWF academic programs.

Levin has established a longstanding history of generosity toward the University. More than 20 years ago, he gifted an endowed professorship at UWF in honor of his father, Abe Levin, which is now worth more than $400,000. In 2017, he gave $100,000 to support UWF football, as well as $550,000 to establish the Reubin O’D. Askew Institute for Multidisciplinary Studies. The Institute will further the University’s leadership in STEAM initiatives: combined applications of science, technology, engineering, art and math. The Institute will also create a hub for students and faculty to work on innovative community projects, better preparing graduates for today’s ever-changing workforce.

“Fred is passionate about the critical role UWF plays in our region and investing in the lives of others,” said Howard Reddy, interim vice president of university advancement. “We thank him for his exceptional vision and generosity.”

“Reubin O’D. Askew was one of the finest governors to serve Florida,” said Levin. “He was also one of the founding partners of the Levin law firm and a wonderful friend. It is a privilege for me to honor him in this way and to provide an opportunity for his name and legacy to be remembered in the Pensacola community he loved and supported so much.”

Reubin O’D. Askew was an American politician who served as the governor of the state of Florida from 1971 to 1979. In 1974, he became the first governor in Florida history to be elected to a second consecutive four-year term. During his two terms as governor, Askew was primarily involved in tax reform, especially in the increase of homestead exemption and passage of the “Sunshine Amendment,” which called for full financial disclosure by public officials and candidates. In 1955, Askew and David Levin founded the law firm of Levin & Askew. In 1961, David Levin’s younger brother Fred joined the firm.

The 7,500-square-foot home, located on Bayou Texar, was designed with a European influence marked by a contemporary flair. The lower level boasts a bar area themed after the RMS Titanic, which includes a 1912 Renault automobile that was the original sister car of one that was aboard the Titanic and is now at the bottom of the Atlantic Ocean. Distinctive commissioned artworks, including pieces by local artist Jeff Bass and bronze sculptures by Michael Boles, will remain with the property, as well as wood paneling and a 21-foot dining room table by master craftsman Vic Cormier, custom-made European Chinaware emblazoned with the Tanglewood logo, and antique Victorian Tiffany silver.

The three-bedroom home also features a room dedicated and themed after Irving Berlin, which includes some of his personal crystal stemware and other original, historical artifacts on display. The surrounding grounds are also impressive and were redone from waterfront to roadside, showcasing seven different design styles and a collection of award winning camellias, including a special hybrid named in memory of Mr. Levin’s late wife, Marilyn, who passed away in 2011.

Levin is widely considered one of the most successful trial attorneys in the country and has been a partner at the Levin Papantonio law firm for more than 50 years. He has received more than 25 jury verdicts in excess of $1 million, six of which were in excess of $10 million. He is best known for rewriting Florida’s Medicaid Third Party Recovery Act to allow the state of Florida to recover billions of dollars from the tobacco industry for smoking-related illnesses. He is a member of the Inner Circle of Advocates, an organization limited to 100 members throughout the country, and he has been listed in every edition of the publication, “Best Lawyers in America.”

Among his accomplishments, Levin was named the Trial Lawyer of the Year by the National Trial Lawyers for 2015. He was also inducted into the Trial Lawyers Hall of Fame in 2009, which is located at Temple Law School in Philadelphia. Other honors include receiving the Perry Nichols Award in 1994, which is the highest honor bestowed by the Florida Justice Association and is given in recognition for a person’s lifetime achievements in the pursuit of justice. At UWF’s Fall 2017 Commencement, Levin was named an Honorary Doctor of Laws, the highest form of recognition a university can bestow.