UWF alumna shines light on the stage and theatre life

Kelley Finn's job is one that many people don't notice when they attend a theatre production--yet she is responsible for setting the atmosphere, time of day and other important elements of the story. Kelly is a lighting designer and works with the director, set designer and other members of the backstage crew to create the perfect ambiance for the show. 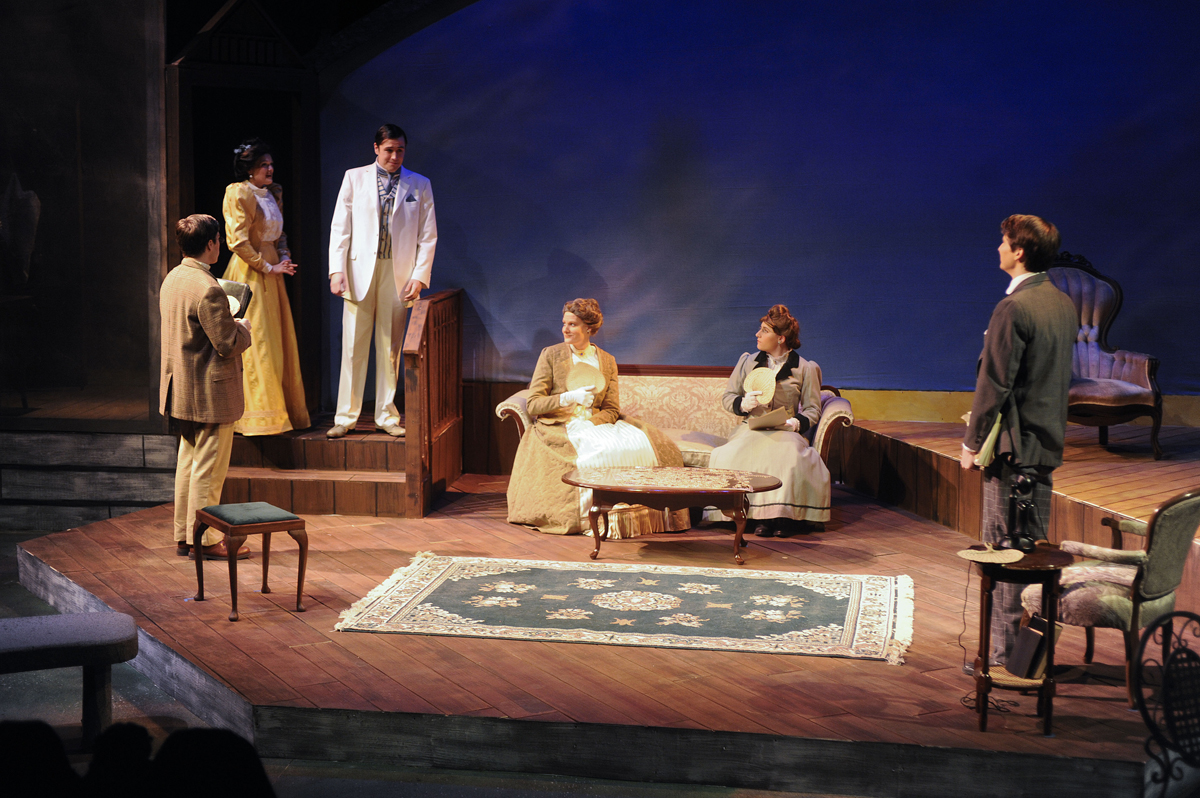 Kelley Finn’s job is one that many people don’t notice when they attend a theatre production–yet she is responsible for setting the atmosphere, time of day and other important elements of the story. Kelly is a lighting designer and works with the director, set designer and other members of the backstage crew to create the perfect ambiance for the show.

Finn is a graduate of the University of West Florida (UWF) theatre department who has had a passion for the process of creating a show since age 14.

“My interest in theatre began in high school,” said Finn. “I was very fortunate to attend a school that had a technical theatre program in which the students were responsible for all of the technical aspects of the school’s productions.”

The passion for this field stems from both the artistic and mechanical sides of her brain, Finn went on to say.

In her senior year of high school, Finn was accepted by several colleges and had planned to attend the University of South Florida. Plans changed, however, while she was competing in the High School Theatre District One competition in Niceville. It was there that she met Charles Houghton, chair of UWF’s theatre department, who invited her to tour UWF.

After a tour conducted by Houghton himself, Finn had made up her mind. She was accepted and awarded the John C. Pace Talented Student scholarship, meaning she would have most of her tuition costs taken care of.

“During my four years in the program, it was always evident that the faculty truly believed in what they were teaching and always had the student’s best interest at heart,” said Finn. “At UWF, I received the advantage of being in a small, individualized program that allowed me a lot of freedom to grow artistically and professionally.”

Upon graduating from UWF, Finn was accepted into one of the top graduate programs in the country, known for technical theatre: Purchase College at the State University of New York, where she has been awarded the Merit Scholarship.

“The aspect of SUNY Purchase that excites me the most is being in a conservatory environment in which theatre is such a large focus of the entire college,” said Finn.

Currently, Finn is pursuing a master’s of fine arts and still pursues her passion, pushes her creativity and explores the human elements of theatre every day.

“Studying theatre is truly a life-long process,” said Finn. “Whether a student turns the study of theatre into a professional career or not, the work and sacrifice required are worth the growth that occurs when a person studies any form of art.”

As for the future, Finn said she hopes to be working professionally wherever she can as a lighting designer and hopes to still love it as much as she does now.

“It would be nice to be in a position to hire an assistant, as well,” said Finn, “so I can catch up on sleep.”