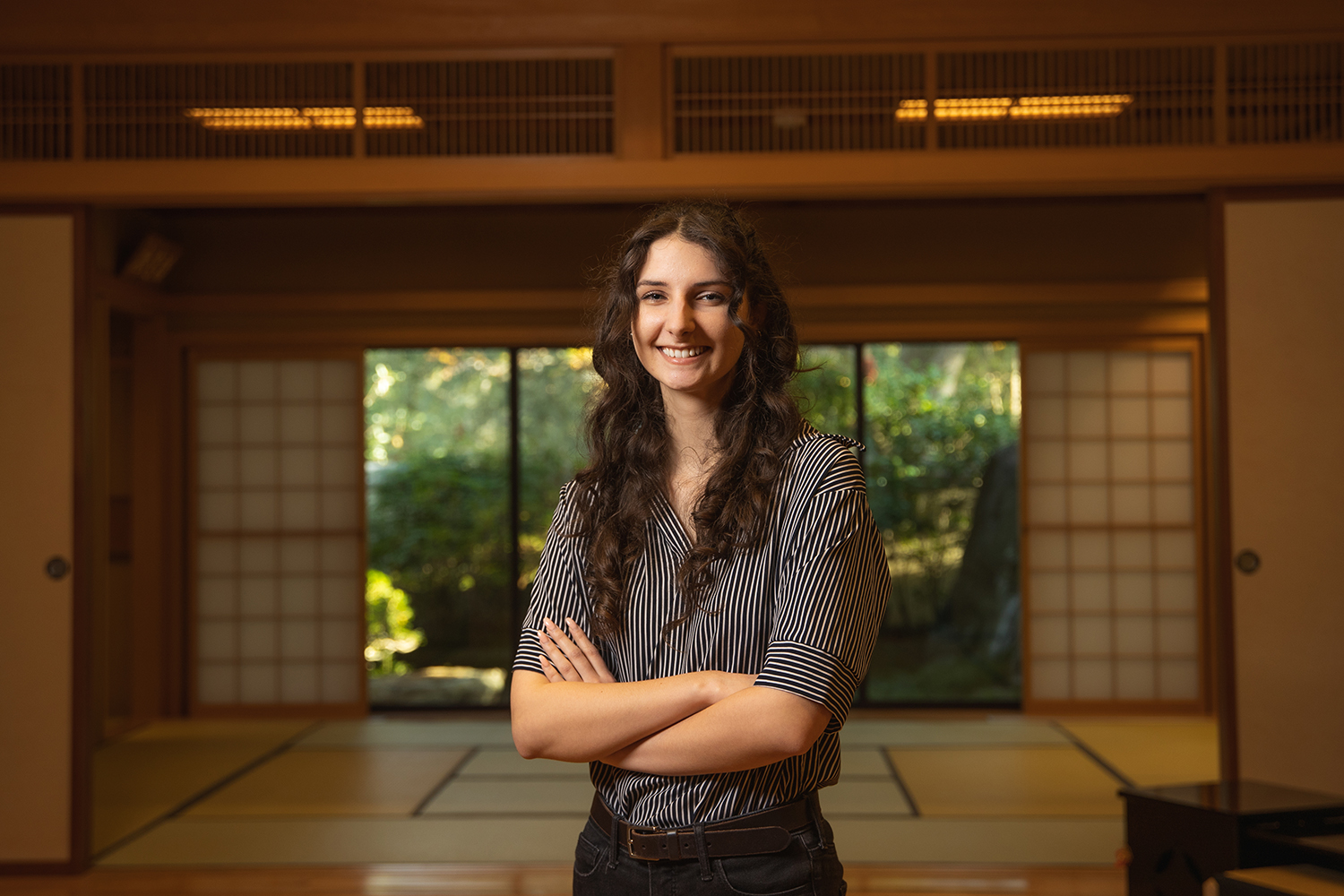 J.LIVE Talk is a national presentation contest administered by the Japanese program at The George Washington University annually since 2015. Reichard competed in the College Division I against a finalist from Rice University and another from Baylor University. Three finalists for each division were narrowed down from 55 applications that were received from all over the U.S. at the start of the competition.

“I had to pass two different rounds and each time I passed I was shocked,” Reichard said. “My competitors were really good and spoke Japanese well. I was proud I managed to get the gold. The encouragement from my teacher, Taylor-sensei, helped build my confidence and I was happy to represent her as her student, as well as UWF’s Japanese program.”

Reichard’s speech was about how she has always been shy and how learning the Japanese language and presenting has taken a lot of courage and willingness to get out of her comfort zone. For Reichard, learning other cultures and studying Japanese in college and Chinese in high school helped her gain confidence. In her presentation, she explained her goal is to be a better global citizen in a world that is interconnected.

As a gold award winner, Reichard won a scholarship to study in an eight-week summer intensive Japanese language course at Nanzan University in Nagoya, Japan. With the award package, she will receive round trip airfare to Nagoya, Japan and a stipend of $3,300. She also will receive a cash award of $300. A trip to Japan following high school and seeing the beautiful cherry blossoms brought her to study the language at UWF.

“When I was in Japan I met some really nice and welcoming people,” Reichard said. “It inspired me to study the Japanese language and practice with the locals.”

J.LIVE Talk focuses on comprehensive communication skills including effective use of audio-visual materials and data as required in today’s multimedia-intensive and interactive society. Its mission is to promote and highlight the importance of Japanese language and culture education in the U.S.