The research of almost 900 students spanning five academic colleges was on display April 18 at the annual the University of West Florida Student Scholars Symposium and Faculty Research Showcase at UWF’s Pensacola Campus. 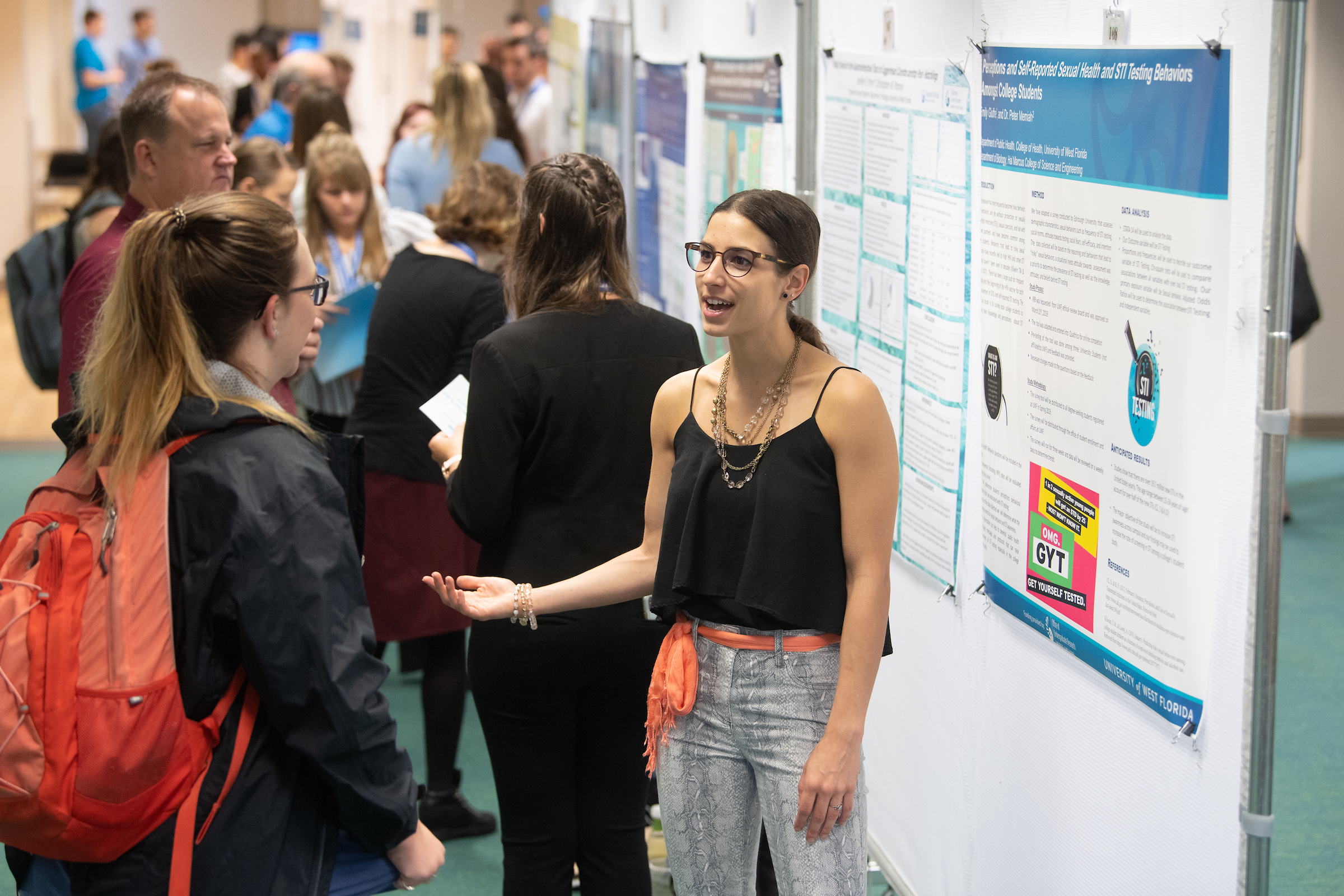 The symposium, which was organized by the Office of Undergraduate Research, was held at the University Commons Conference Center, the Center for Fine and Performing arts and the John C. Pace Library.

Among the new offerings at this year’s event was a High-Impact Practice Showcase where students shared their high-impact experiences in cooperative education, service learning and study abroad. The students also presented research and capstone projects.

Also new this year was a series of roundtable discussions designed to spark interest in research among students.

An engineering showcase was held on the Cannon Green featuring the work of more than 30 student teams. Phillip Mitchell, a senior majoring in mechanical engineering, was part of a group of students whose research project involved modifying a toy tractor to make it easier to use for a child who has cerebral palsy. Mitchell said the child had trouble sitting in a normal toy tractor. So his team added a strap and frame to hold the child in place and modified the steering wheel so the child could operate it with one arm.

“We’re trying to make it as easy to use as possible so they don’t feel like they’re struggling, so they can enjoy life,” Mitchell said.

The research highlighted at the symposium included poster and oral presentations, panels, showcases and exhibits. One of the projects from a team of students with the Kugelman Honors Program showed the value of wall poetry as a community beautification project.

Using the model of the city of Leiden in the Netherlands where poetry is painted on exterior walls throughout the city, the group of students are researching the feasibility of doing something similar in Pensacola.

Jesse Brown, one of the student co-authors of the project, said so far the feedback from city officials and others in the community has been positive.

“People have been really receptive to us, nobody has actually said no to us all,” Brown said.