Pensacola – Rachel Richardson had long heard that the historic battleship USS Massachusetts partially submerged off the coast of Pensacola had become inundated with trash. 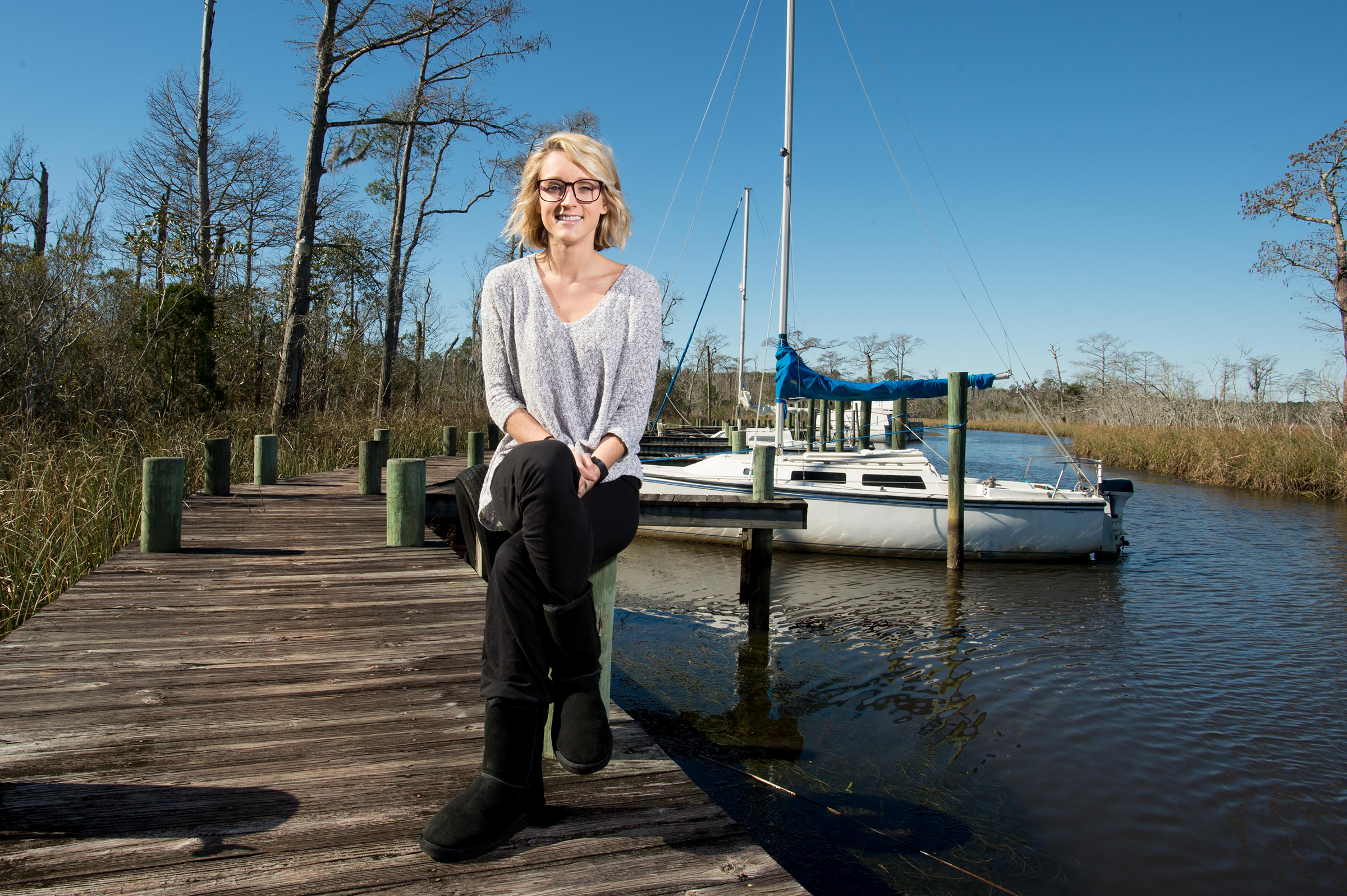 Her first visit in the summer of 2015 to the shipwreck, which rests almost 30 feet deep about 1.5 miles from Pensacola Pass in the Fort Pickens State Aquatic Preserve, confirmed the derelict conditions.

“Pretty much anything you could think of as trash was down there,” Richardson, a senior at the University of West Florida, found after she dove the site.

Beer cans, PVC pipes, even boat dashboards were among the junk strewn about the battleship that was commissioned by the U. S. Navy in 1896, the remains of which now serve as a giant artificial reef and popular dive spot.

Discarded fishing nets were the main culprit, wreaking havoc on precious marine life that often converge near the wreckage. Various species of fish, sea urchin and crabs were found dead, entangled in the nets. A blacktip shark was also among the casualties, Richardson said.

After getting a close look at the USS Massachusetts’ distressed state, Richardson decided to lead a volunteer effort to clean up the shipwreck and set up a GoFundMe page to raise money for the project. She brought in $2,300.

Following the fundraising, Richardson and eight other volunteers chartered a boat to the USS Massachusetts site for two cleanup dives in September. They removed 320 pounds and 14 ounces of debris from the shipwreck. And though many of the fish entangled in the nets couldn’t be saved, the volunteer crew were able to set others free.

“We got to rescue some, too, which was cool,” Richardson said. “They were struggling, but we cut them out.”

In 1921, the USS Massachusetts was sunk in a training exercise by guns at Fort Pickens according to the National Park Service’s website: “Florida’s shipwrecks: 300 Years of Maritime History.”

Because it was still partially visible from the surface, Navy pilots used the USS Massachusetts “for target practice during World War II,” according to the website.

The shipwreck was dedicated as Florida’s fourth underwater archaeological preserve in 1993.

Richardson’s initiative in leading the cleanup effort of the USS Massachusetts was commended by Dr. Jeff Eble, one of her professors at UWF.

“What’s truly impressive about the work that Rachel has been doing is that she independently secured funding and organized volunteers to address a significant environmental issue, which is the impact of discarded nets and other fishing gear on native species and popular dive sites,” Eble said. “Her work is a great example of the leadership we encourage in students at UWF.”

Richardson, who is majoring in marine biology, doesn’t want to limit her efforts to the USS Massachusetts. She recently joined the nonprofit, Florida-based group Coast Watch Alliance and hopes to raise money through social media campaigns to fund cleanups of other shipwrecks in Pensacola.

“There’s tons of shipwrecks in Pensacola, and probably off the top of my head and what I’ve heard … there’s five other wrecks that are in the same condition, if not worse, as the one that we just cleaned,” Richardson said.

Among the other shipwreck sites in Pensacola that Richardson said could be targets for future cleanup efforts are the former aircraft carrier USS Oriskany and the remains of the cargo steamer, San Pablo, more commonly referred to locally as the “Russian Freighter.”

However, the other shipwrecks rest in deeper waters and are farther offshore than the USS Massachusetts, Richardson said, making the cleanups more challenging. Because of the extra depth, dive times would have to be shorter, she said.

“I’m probably going to have to get a lot more people since we don’t have a lot of time, and a lot more planning,” Richardson said.

Though she had volunteered for environmentally conscious efforts in the past, the cleaning of the USS Massachusetts was the first of this size and scope.

“I’d always done like beach cleanups and stuff, which is fun, but I feel like people are just starting to realize that we need to go clean,” she said.

Field Work is a monthly series that highlights research and other scholarly activities being conducted by UWF undergraduate students.