UWF Student Seeks Cause of Skin Lesions on Dolphins

Pensacola — University of West Florida sophomore Hannah Findley has a love for all things marine. The biochemistry major grew up playing in the rivers and lakes of North Georgia. When she finished high school, she moved to Orange Beach, Alabama, to be near the Gulf of Mexico. 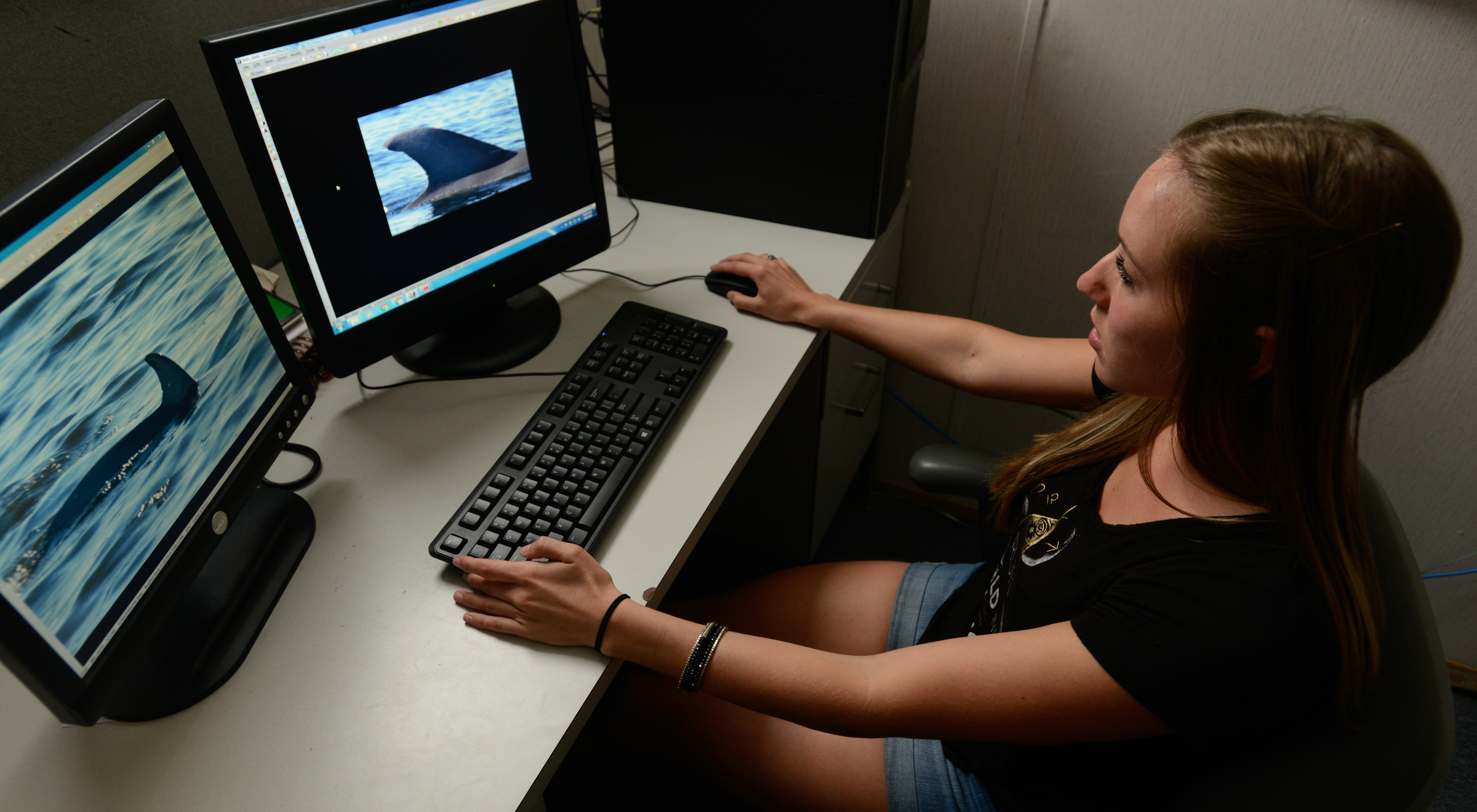 Findley became a certified dive master and worked for two years at a dive shop in Orange Beach taking people on guided wreck dives. These wrecks act as artificial reefs that attract all types of creatures.

“When I’m under the water, I feel like I am in a different world. It’s so quiet and peaceful you can just enjoy the view,” Findley said. “It’s also exciting because you never know what marine life you are going run in to.”

Findley moved from Orange Beach to Pensacola so that she could attend the University of West Florida. As part of a grant from the Office of Undergraduate Research, she works with graduate student Christina Toms to study how water contaminants around the Pensacola Bay area affect skin lesions on dolphins. The official name of the project on which Findley works is “The Potential Influence of Environmental Stressors on the Common Bottlenose Dolphin.”

The project started after more than 24 inches of rain fell in 24 hours in April 2014. A resulting flood washed large amounts of runoff and freshwater into the Pensacola Bay system. Surveys conducted immediately after the flood identified an outbreak of skin lesions in local populations of bottlenose dolphins.

Later surveys showed that skin lesions in the local population were not isolated to this event, suggesting that factors contributing to the skin issues were worsened by the flood rather than directly caused by it. The aim of the study is to determine if there is a relationship between potential environmental stressors and dolphin skin lesions over time.

Findley has spent hours on the computer organizing water quality data about salinity, temperature, dissolved oxygen and bacteria. She also helped catalog hundreds of photos of the local dolphins to enter into a database.

“Helping with this research project has made me realize that when I graduate I want to use my love of chemistry to somehow help preserve marine ecological systems and wildlife,” Findley said.