Pensacola Museum of Art to host “Them Damned Pictures: A Brief History of Editorial Cartoons” expressing freedom of speech

The University of West Florida’s Pensacola Museum of Art will host the exhibition, “Them Damned Pictures: A Brief History of Editorial Cartoons” featuring Andy Marlette, J. Earle Bowden and Ralph Dunagin which will be on display from Aug. 23 through Sept. 15. The museum will hold an opening reception for exhibition at 6 p.m. on Friday, Sept. 6, as well as an artist talk at 6 p.m. on Saturday, Sept. 14, with Andy Marlette, a staff cartoonist at the Pensacola News Journal since 2007. 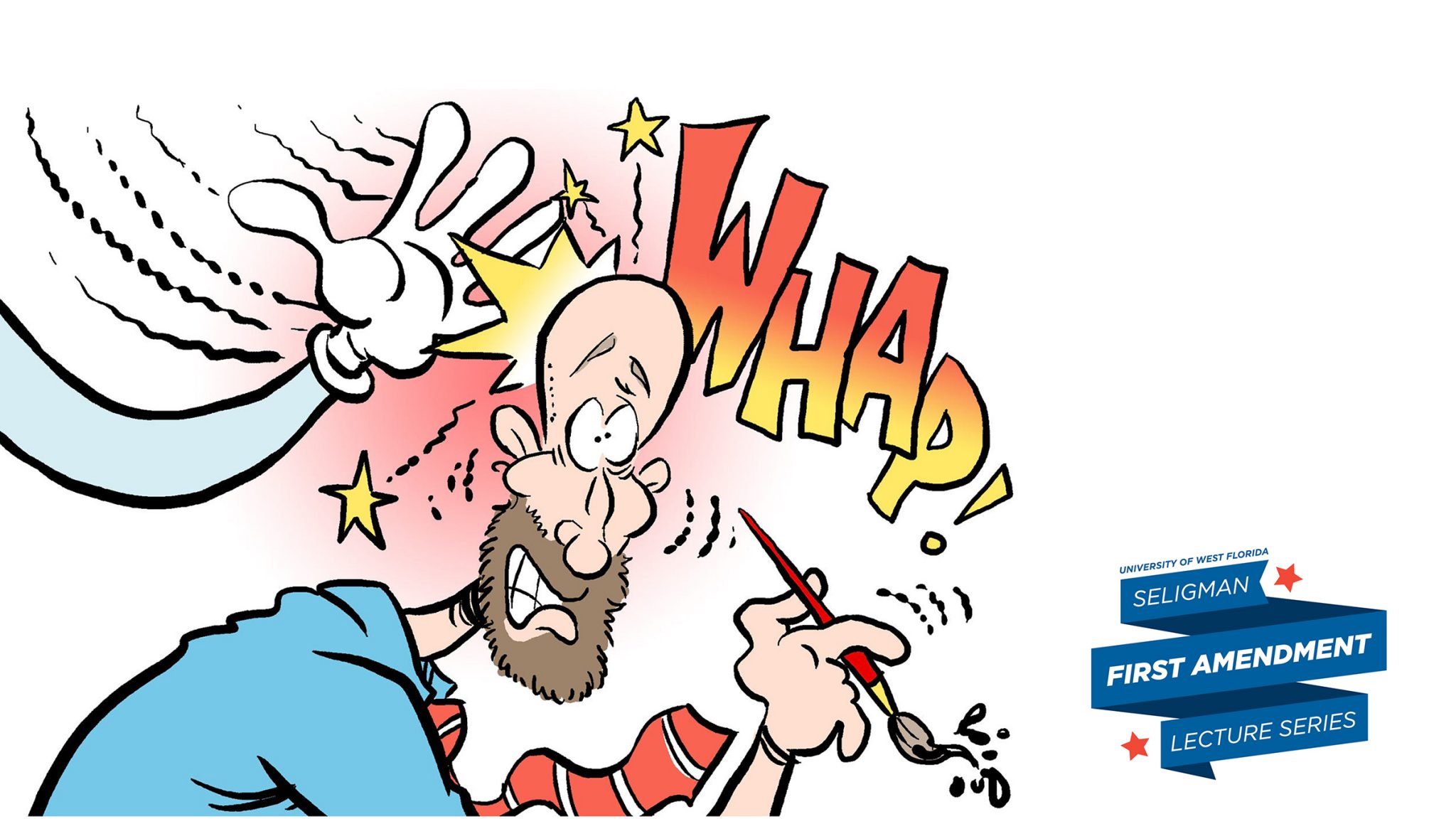 “Following in the footsteps of Benjamin Franklin and Thomas Nast, the contemporary cartoonists featured in this exhibition employ humor and wit to engage viewers in critical reflection on important local, regional and national issues,” said Nicholas Croghan, director of the Pensacola Museum of Art.

The exhibition presents three Florida cartoonists who employ a similar playful, yet critical look at local, regional and national issues. It examines editorial cartoons from the past and present. The show aims to open a public dialogue on important issues surrounding the First Amendment and freedom of speech. Counter perspectives and interactive opportunities offer additional engagement for diverse audiences.

Marlette expresses his freedom of speech against larger powers and institutions—especially as it involves issues regarding his native state of Florida. His drawings strive to evoke laughter at caricature gags or shine a light on poignant historical comparisons that require deeper reflection. His work has been awarded for best editorial cartoons on state issues by the Florida Society of Newspaper Editors.

“For a country that was born out of a lightning strike moment of giving an insanely rich and powerful king the good ol’ middle finger, political cartoons may be the perfect visual representation for the irreverent spirit from which America was created,” Marlette said. “They are rough, rebellious and inherently working class. They are David’s sling and Robin Hood’s bow. In the increasingly confusing arena of speech and ideas, they are poor folks’ one clear weapon against the rich and powerful. Because despite the armies of spokesmen and televised pundits, and no matter how many state-sanctioned tweets the crooks and conmen in government produce, at the end of the day, they still can’t draw one of these damned pictures.”

Bowden, who passed away in 2015, began his career at the PNJ in 1953. During his time at the paper, Bowden worked as a sports writer, editor-in-chief and vice president. He is well known for his political cartoons in which he employed an intricate style, known as Hedcut, that resembles the fine line-work and stippling of woodcuts. His subject matter included, but was not limited to, the Florida legislature, environmental issues, taxes, tourism and international politics. Bowden’s commitment to historic preservation including Seville Square and the National Seashore is a benefit to all Pensacolians. The headquarters of the UWF Historic Trust, The Bowden Building, is named for him and his endeavors.

“My dad was unique among newspaper editors; he drew his own editorial cartoons,” said Randy Bowden.“This allowed him to give two punches to his editorial persuasiveness. He would use symbolism to demonstrate his convictions for American heritage, patriotism, the region and his city. In all his work he pushed for a better tomorrow.”

Dunagin, born and raised in Hattiesburg, moved to Orlando and became the editorial cartoonist for the Orlando Sentinel. His work ranges from sincere and thought provoking to one-line chuckles. He is known for the comic panel ‘Dunagin’s People, “Grin and Bear it,’ and for partnering with Dana Summers to create the newspaper strip ‘The Middletons.’ Dunagin was a Pulitzer Prize finalist for editorial cartooning in 1992.

This event is part of the 2019 Seligman First Amendment Lecture Series, a series fostering dialogue about First Amendment issues and made possible by a generous gift from the Jane G. and Fred K. Seligman Endowment. Upcoming series events include two on Sept. 12: “Banned & Forbidden Prohibited Musical Masterpieces” at noon at Old Christ Church and “An Evening with Carl Hiaasen,” the Miami Herald columnist and satirical novelist at 6 p.m. at New World Landing.