The Pensacola Museum of Art announces the exhibition “Katrina Andry: Depose and Dispose (of).” The exhibition will be on view from Jan. 12 through March 18 in the Lewis Bear Family and Greenhut galleries located on the first floor of the museum. 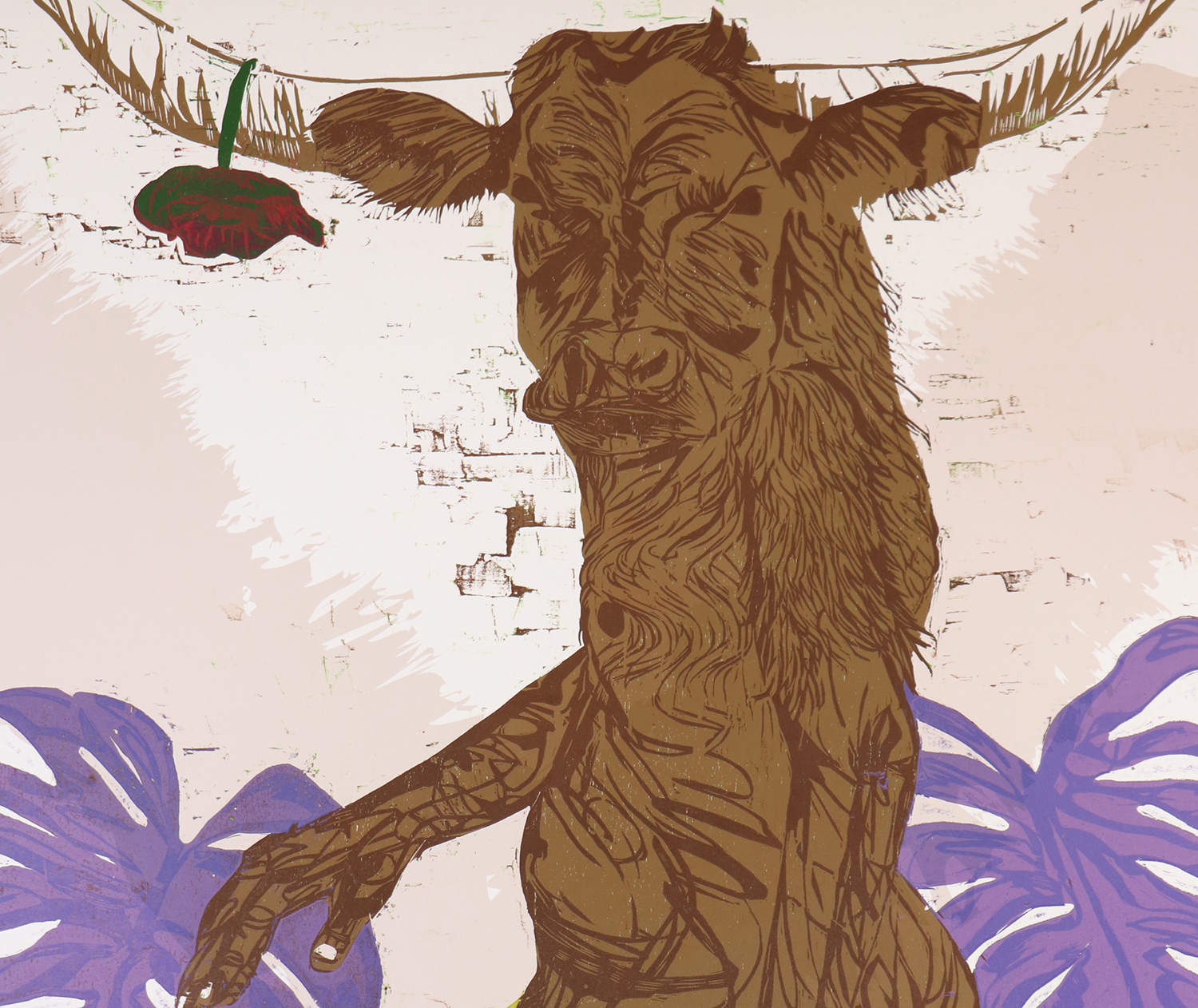 The museum will host an opening reception and gallery talk for the exhibition sponsored by Cox Communications on Jan. 12 from 5:30 to 7:30 p.m. The reception will feature a conversation between artist Katrina Andry and Amy Bowman-McElhone, director and chief curator of the Pensacola Museum of Art.

For the gallery talk, Andry and Bowman-McElhone will engage in a thoughtful conversation that explores the conceptual frameworks of the print series and installation work that comprise the exhibition; Andry’s reduction woodblock printing process; and the broader themes that emerged from the work.

“Depose and Dispose (of)” is an exhibition of work by Katrina Andry that invites the viewer to engage in collective empathy and to understand the tangible and societal consequences of loss through systemic brutality and its historical and contemporary implications. The exhibition consists of two print series: the first is an anthropomorphic series that explores the hybridities of humans and animals and the correlations between language and image; the partner series is titled “The Promise of the Rainbow Never Came” in which Andry crafts a slave mythology connected to the imagery of the eel and rooted in the brutalities of the Middle Passage and the dynamics of water. In addition to the print series, there will be an installation work and Andry’s wood printing plates.

“Andry’s work is exceptional in its visceral approach and vitality,” Bowman-McElhone said. “Her prints are immersive and engage with currents in contemporary printmaking and provide a thoughtful and rich platform in which to promote dialogue on the historical and contemporary representations and social dynamics of race.”

Andry is a native of New Orleans, Louisiana where she currently works and maintains a home studio. She is an active member of the Staple Goods Collective. Andry received a master’s in printmaking from Louisiana State University and since then has been a prolific and influential artist. Andry was listed in the 2012 January-February issue of Art in Print as one of the top 50 printmakers and has completed several artists residencies from Joan Mitchell Center, Anchor r Graphics, and Kala Art Institute.