The Pensacola Museum of Art announces the opening of “Modern Masters: Twentieth Century Prints,” which is on display from Feb. 24 through May 6. The exhibition was organized by the Reading Public Museum in Reading, Pennsylvania. 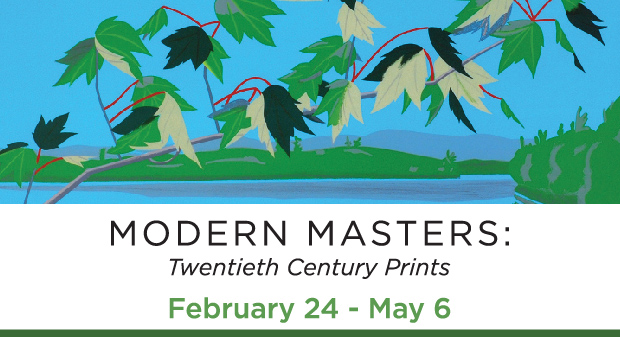 This engaging exhibition features 30 prints by modern artists from the 1920s through the early 21st century and is drawn from the Reading Public Museum’s collection. Early Modernists, such as Henri Matisse and Pablo Picasso, join Surrealists Roberto Matta and Salvador Dali and Pop Artists Andy Warhol, Roy Lichtenstein and Keith Haring in this fascinating look at works on paper from the 20th century. Other artists featured in the show include Sam Francis, Donald Judd, Robert Rauschenberg, Mel Ramos, Raphael Soyer, Sonia Delaunay, François Gilot, Alex Katz and Jim Dine.

Artistic movements of the early 20th century, such as Cubism, Fauvism and Expressionism, challenged the notion that art needed to “look real.” By the 1910s, artists achieved pure abstraction, reducing forms to expressive lines or blocks of color. Representational or figurative art was largely abandoned in the 1940s and 1950s, when abstract expressionism and Color Field painting took the lead as the reigning international styles. In place of naturalism, artists emphasized formal elements such as color and line, infusing their works with emotional content and personal vision. Even as cutting edge art moved toward abstraction, many artists adhered to the human figure and representation in their work. Social realism, regionalism, Pop Art and photorealism continued to enlist the human form as subject matter. Visitors will explore a wide variety of approaches to both the human form and abstraction. Some artists included in the exhibition combine elements of both, while others remain true to nature or to abstraction.

Located at 407 S. Jefferson St. in historic downtown Pensacola, the Pensacola Museum of Art is open Tuesday through Friday, 10 a.m. to 5 p.m., and Saturday, 10 a.m. to 4 p.m. Admission is $7 for adults, $6 for military with ID and seniors and $4 for children ages 3-14. Admission is free for museum members and children younger than age 3.