The Pensacola Museum of Art announces the exhibition “Fear and Folly: The Visionary Prints of Francisco Goya and Federico Castellon” which will be on view from Sept. 1 through Dec. 31 in the Greenhut and Lewis Bear Family galleries located on the first floor of the museum. 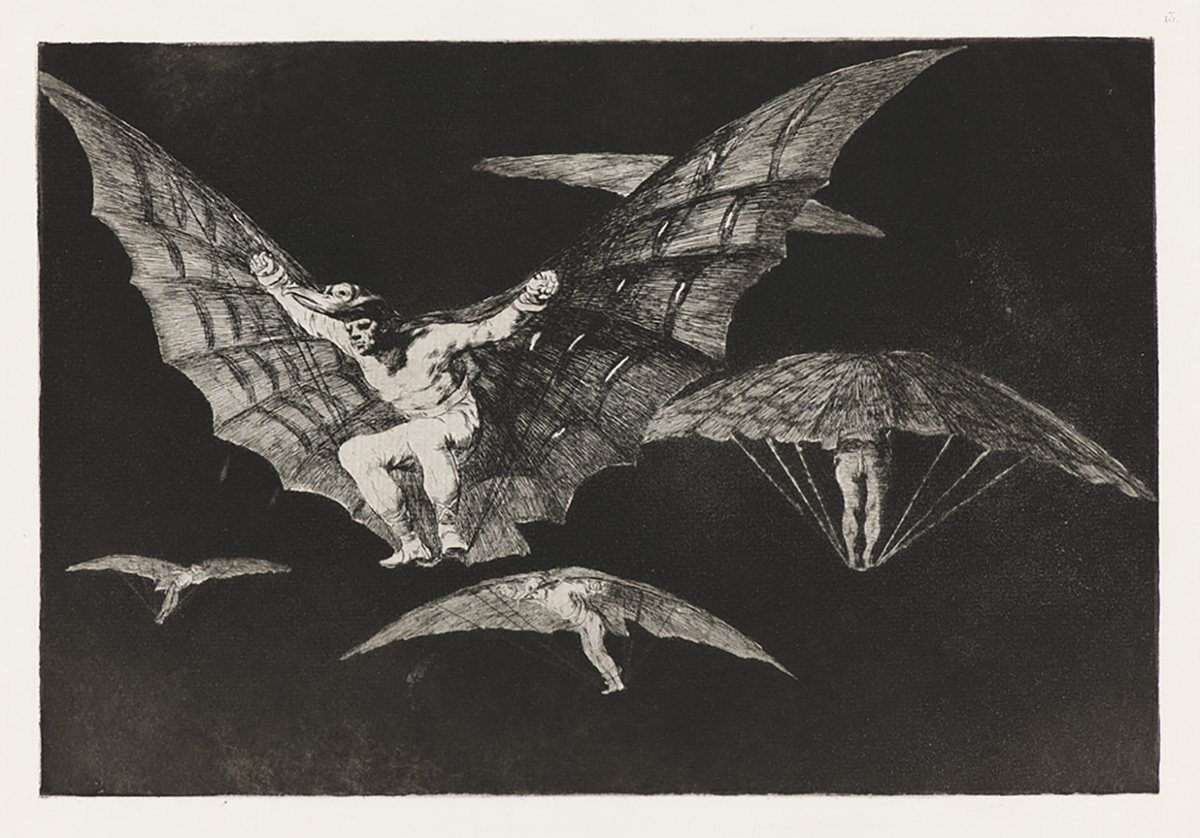 The Pensacola Museum of Art announces the exhibition “Fear and Folly: The Visionary Prints of Francisco Goya and Federico Castellon” which will be on view from Sept. 1 through Dec. 31 in the Greenhut and Lewis Bear Family galleries located on the first floor of the museum.

The exhibition, which is organized by the Kalamazoo Institute of Arts located in Kalamazoo, Michigan, features two print series by renowned master Fransciso Goya (1746-1828) and 20th century Spanish artist Federico Castellon (1914-1971).  The exhibition will have an opening reception on Sept. 22.

Despite living in different centuries, Goya’s and Castellon’s bodies of work often draw sharper relationships to one another than to their contemporaries in their attention to the darker and complex side of the human condition. This exhibition features two important print series produced by the artists from the Kalamazoo Institute of Arts’ permanent collection: Castellon’s lithographs for Edgar Allen Poe’s “The Masque of the Red Death” and Goya’s etchings from “Los Disparates” or “The Proverbs.” Many artists have been drawn to the dark and the fantastic, but few have probed the human condition with the insight and truthfulness found in these images.

“Los Disparate was the last of Goya’s major series of etchings, and remained uncomplete at the time of his death. They contain some of the most terrifying and fantastic creations of Goya’s imagination. Goya’s prints attach visceral images to the metaphorical language and wisdom of traditional proverbs, and capture the timelessness and cross-cultural significance of these enduring sayings.

Both technically and artistically, the images Castellon created for “The Masque of the Red Death” are among his most remarkable accomplishments. Long an admirer of Edgar Allen Poe, he chose the author’s classic tale of horror when offered a commission in 1969 by Aquarius Press of Baltimore. Rather than being confined to the role of illustrator, Castellon responded to Poe’s work as a kindred spirit. While keeping the spirit of Poe’s story, the imagery is the product of Castellon’s imagination.

The Pensacola Museum of Art stewards a growing collection of modern and contemporary art of the 19th, 20th and 21st centuries.  The permanent collection supports the museum’s mission to collect, preserve and interpret objects of visual, cultural and educational value to promote the understanding and appreciation of art and ideas to audiences in the Northwest Florida region and beyond. The museum offers a wide range of educational and cultural programs year-round, including artist talks and lectures, museum tours, adult art workshops, children’s classes, and camps.