The Palafox Historic District, spanning from Chase to Zaragoza streets and Spring to Tarragona streets in downtown Pensacola, is now listed on the National Register of Historic Places thanks to the organizing efforts of University of West Florida public history alumna Cynthia Catellier. 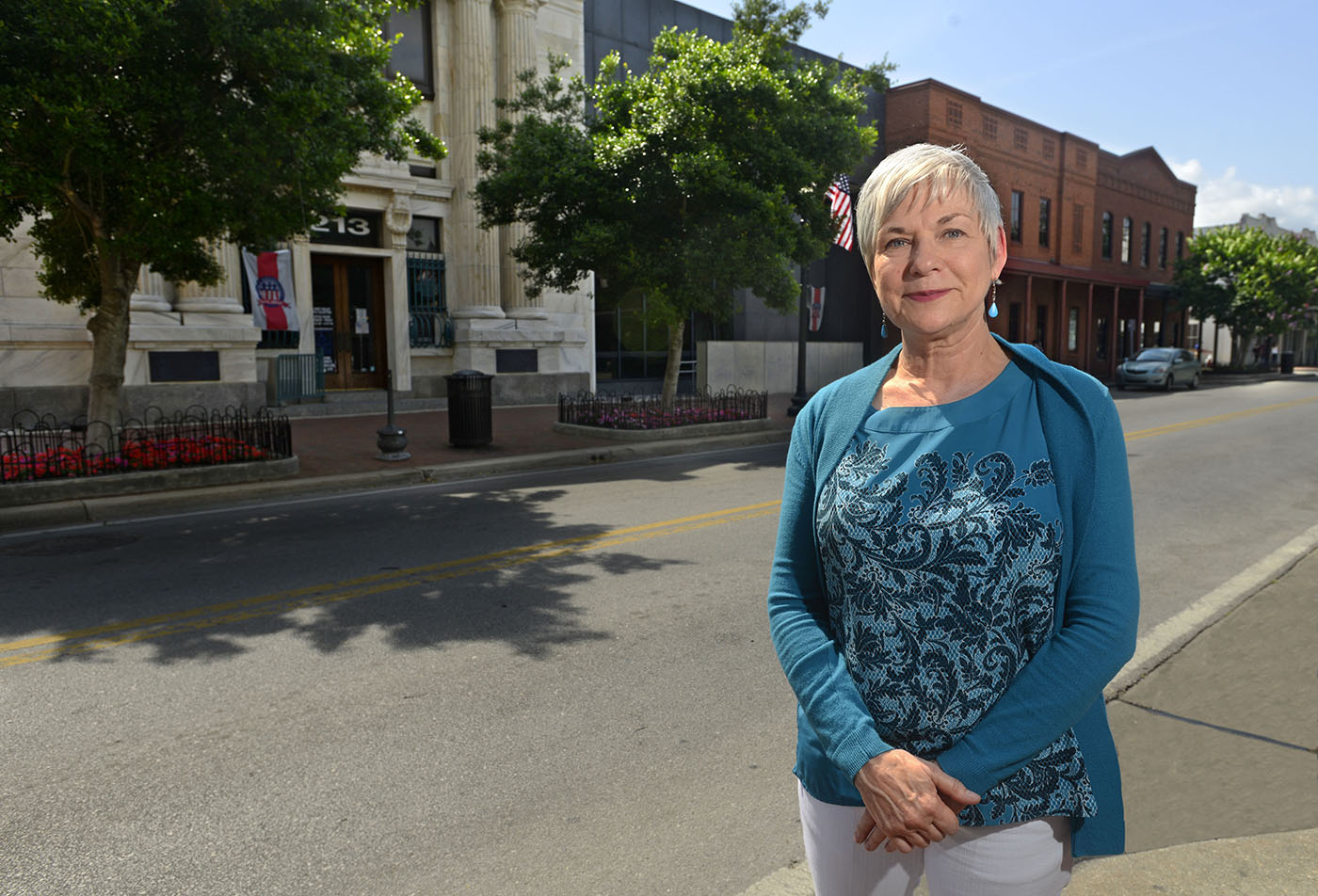 The National Register of Historic Places, administered through the National Park Service, is the official list of historic places in the United States deemed worthy of preservation. Authorized by the National Historic Preservation Act of 1966, it is part of a national program to coordinate and support public and private efforts to identify, evaluate and protect America’s historic and archaeological resources.

“As the first multi-year European settlement in the United States, it’s important that we share our history with the public,” Pensacola Mayor Ashton Hayward said. “We are extremely proud of Cynthia Catellier and the University of West Florida for continuing to put Pensacola on the map.”

Catellier began the nomination process for the district in 2011 as a student in the UWF public history master’s program. The program focuses on the “applied side of history,” according to Dr. Patrick Moore, associate professor and program director. Students develop a skillset tailored for professional settings outside of traditional academia, such as museums, cultural resource management, historic preservation, film and technology.

“It’s an exceptional accomplishment for somebody to take the time and cover such a broad scope of criteria – identifying places, demonstrating their value and providing evidence. The nomination process is unbelievably complex,” said Moore.

Catellier connected with Donald Kelly, the senior urban planner for the Pensacola Community Redevelopment Agency at the time, to begin her work in 2011. “I started researching local history, buildings, infrastructure and development in order to develop a submission that met the Register’s standards,” she explained. Additionally, Catellier spent weeks walking the Palafox properties, surveying the buildings and gathering information.

After receiving her degree in 2012, she continued her pursuit, collaborating with Robert Overton Jr., executive director of the UWF Historic Trust, and Desiree Estabrook, historic preservationist with the Florida Division of Historical Resources.

“Drafting the nomination was only the first step,” said Catellier, now the assistant director of institutional effectiveness at UWF. “I had to work with our state historic preservation office to convince the Florida National Review Board, then the National Park Service, that the Palafox Historic District was truly a historic place.”

The resulting nomination, a document totaling more than 100 pages, was finally approved in April 2016 and appeared on the register in May.

“This is an excellent demonstration of the kind of project that public historians out of our program do, and it’s clear evidence of how valuable those skills can be in the professional world,” said Moore. “The fact that Cindie was able to do something of this caliber, and really reach the national pinnacle, is remarkable. It’s a wonderful feeling to see that happen to somebody who’s such a skilled historian.”

“It has an exponential economic effect for the area,” said Catellier. “The district was an asset that we already had, and now we can better leverage it for the community.”

Catellier believes that all historic preservation is local and essential to the human narrative. “We as Americans, we’re a variety of races and cultures and religions, but the thing that we have in common is our shared history. If we throw that away, what do we have? This is tangible evidence of our cultural and historic identity.”