The University of West Florida and the Dr. Grier Williams School of Music will present a weekend of Bands Saturday, February 26 at 7:30 p.m. and Sunday, February 27 at 4 p.m. The concerts will be held in the Saenger Theatre, 118 South Palafox Street, downtown Pensacola. 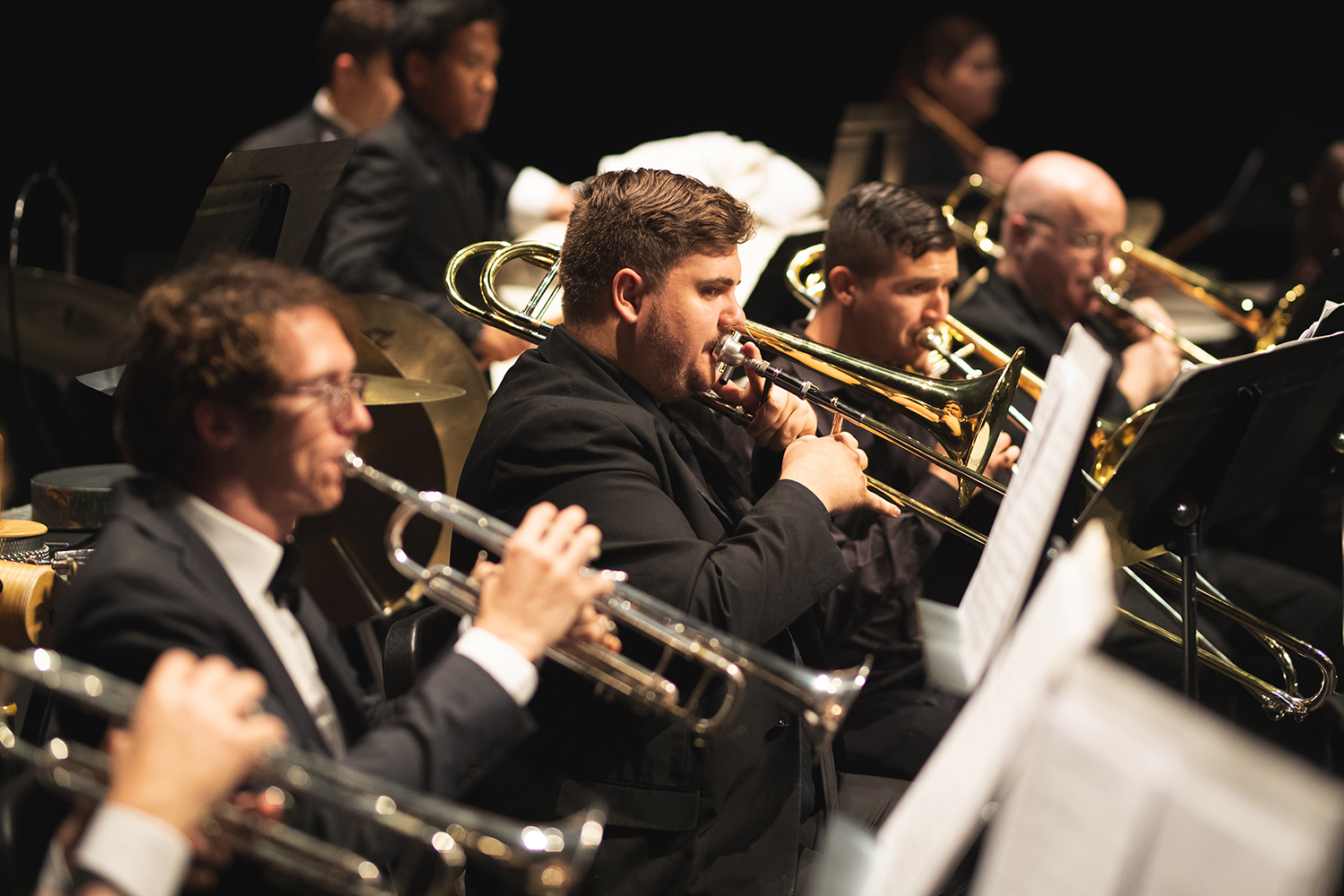 UWF is hosting its second Honor Band after starting the program in February of 2020. Students from across the region will spend Friday through Sunday in masterclasses and workshops as well as rehearsals for the performance on Sunday.

Currently serving as “International Composer in Association” to the world-renowned Grimethorpe Colliery Brass Band, Stamp recently served as visiting professor of music at Luther College in Fall of 2018, where he was acting director of bands and taught conducting. He spent the prior three years as adjunct faculty at UW-River Falls. He recently retired from full-time employment as professor of music and director of band studies at Indiana University of Pennsylvania where he conducted the Wind Ensemble and taught courses in graduate conducting. Stamp received his Bachelor of Science in Music Education from IUP, a master’s degree in percussion performance from East Carolina University, and a Doctor of Musical Arts in Conducting from Michigan State University where he studied with Eugene Corporon.

He is active as a guest conductor, clinician, adjudicator, and composer throughout North America and Great Britain. His compositions have been commissioned and performed by leading military and university bands across the United States. He has won the praise of American composers David Diamond, Norman Dello Joio, Ron Nelson, Michael Torke, Samuel Adler, Robert Ward, Robert Washburn, Fisher Tull, Nancy Galbraith and Bruce Yurko for performances of their works. He is also a contributing author to the “Teaching Music Through Performance in Band” series released by GIA Publications.

This event is free and open to the public and no tickets are required. Face coverings are not required, however the University, as well as the CDC, highly recommends the use of face coverings indoors. This will allow us to keep our on-campus and off campus communities safe.