Pensacola – While ancient Rome’s upper class is well-chronicled in history books, little is known about the swath of less well-to-do citizens who accounted for the bulk of the empire’s population. “People without history is often what we call them in anthropology,” said Dr. Kristina Killgrove, assistant professor of anthropology at the University of West Florida. 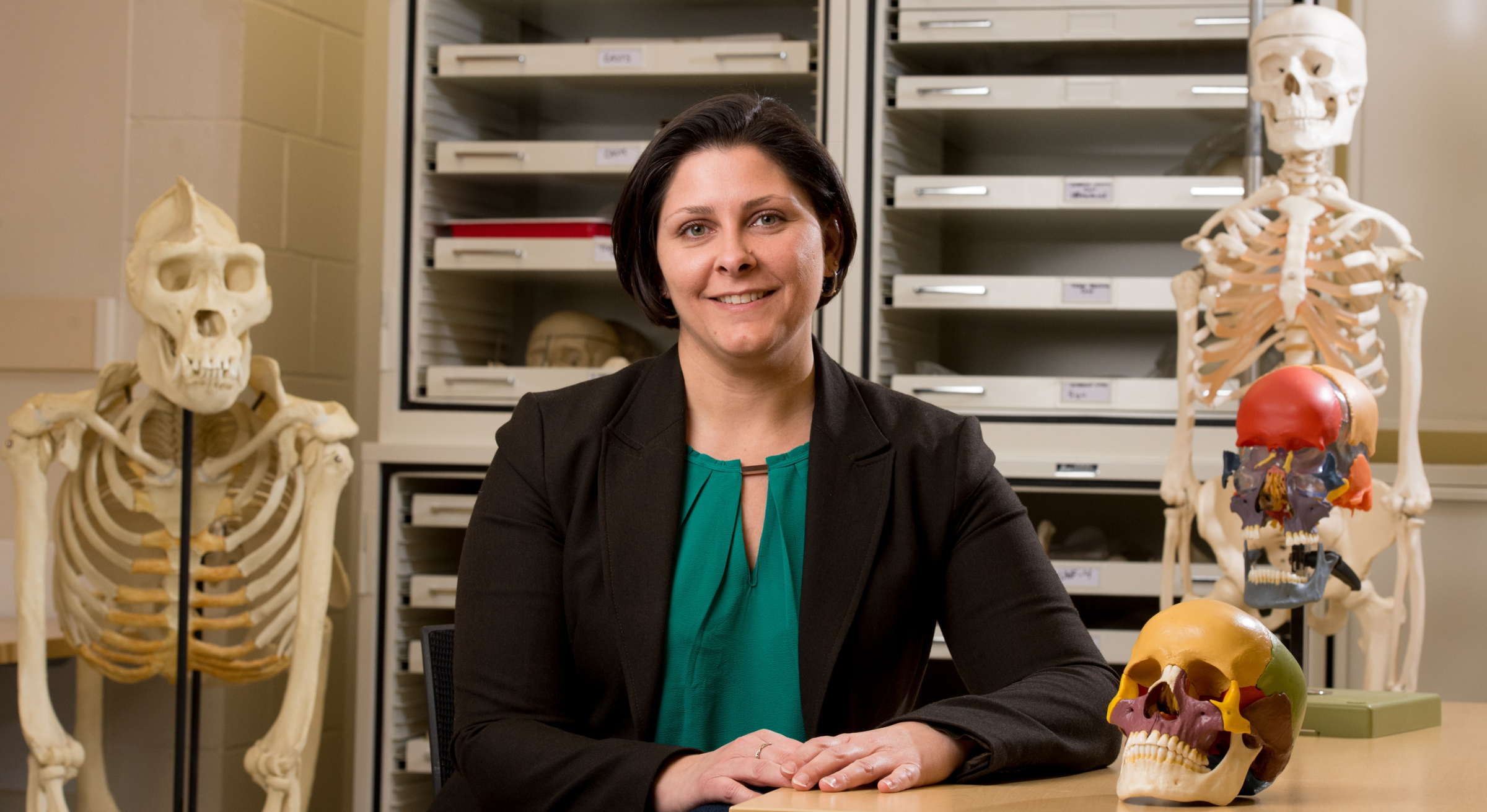 However, a study by Killgrove and Dr. Janet Montgomery, a professor at Durham University in the United Kingdom, has helped uncover information about the lives of the common class by analyzing teeth from their skeletons. It’s the first study to use isotope analysis to find evidence of immigrants in ancient Rome.

Teeth trap elements within them when they are formed. Using remains from two cemeteries outside Rome, Killgrove analyzed 105 teeth for strontium isotopes, which reflect the geology of the place a person is living. For example, water that runs over rocks pick up strontium.

“And then you incorporate it into your body when you’re eating plants and animals and drinking the water,” Killgrove said. “So it sort of gives you a signature of the geology,”

Studying isotopes from Rome is more complex than from other ancient areas, said Killgrove, who went to Rome in 2007 and performed her study on isotopes in 2008 and 2009.

Montgomery examined 55 of the teeth for oxygen isotopes. When the isotopes of each element are studied from dental enamel, it’s possible to find out whether that person’s tooth was formed during a time when they were living in Rome, Killgrove said.

“The oxygen found in teeth is ingested primarily as drinking water and other fluids, rather than from the oxygen we breathe, which have rainwater as their ultimate source,” Montgomery said. “The final link that allows us to use oxygen to investigate where someone was living is that the oxygen isotopes of rain falling in a region change in a well-defined manner as rainclouds travel inland, over mountain ranges and from the equator to the poles. So, a person living in Rome near the sea would normally have a higher oxygen isotope ratio than someone living half way up the Apennines (a mountain range in Italy) as would someone who came to Rome from eastern Europe.”

The two professors revealed their findings in a research paper was recently published by PLOS One, a peer-reviewed, open-access scientific journal. The research paper can be viewed here.

Two of the immigrants may have come to Rome from the Alps, or somewhere with an older geology, as their strontium isotope ratios were much higher than Rome. Another of the immigrants could have come from the Apennine Mountains, Killgrove said. Another could have arrived from North Africa, with a very low strontium isotope ratio and a high oxygen ratio that’s similar to that area’s geology and climate.

Of those four immigrants, three were adult males and one was an adolescent whose sex is unknown. While it’s not certain when they came to Rome, it is clear that they were born outside of the city.

Killgrove and Montgomery also analyzed carbon isotopes because they can be used to determine how a subject’s carbohydrate consumption might have shifted over time. Their research revealed that the immigrants changed their diets after moving to Rome.

“You would expect that people who move to a new place would start eating new stuff that’s available there, but the isotopes can actually tell us that and confirm our hypothesis,” Killgrove said. ”Some of my research is about confirming these hypotheses we have based on historical information, but nobody has ever really been able to test. And now we can use skeletons.”