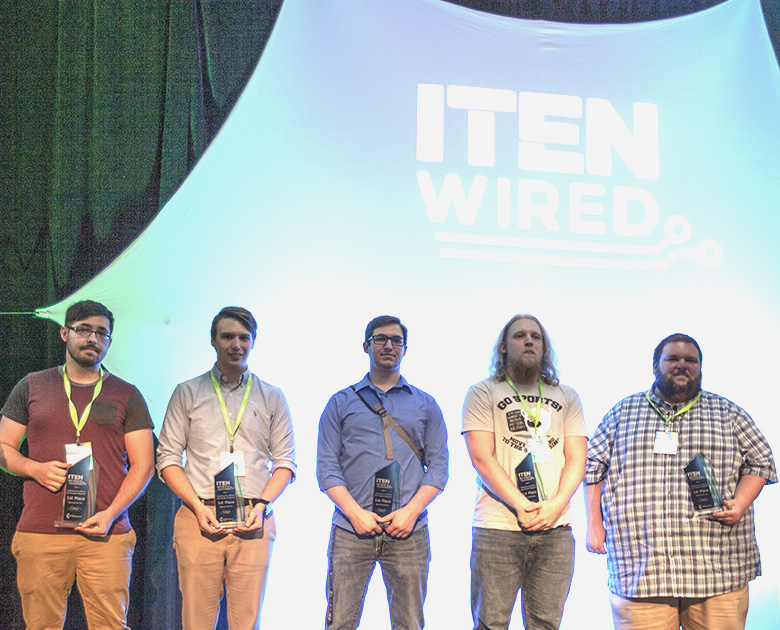 Each team responded to scripted attacks while trying to ensure key services, such as the website and email, remained available. The teams drafted incident reports stating when the attacks occurred and how they handled them.

The UWF Cybernauts detected and mitigated 46 percent of cyberattacks and distinguished themselves as the only team to keep all network services available throughout the event and launch a counterstrike against attackers.

“It was a team effort applying all we’ve learned to harden our systems and monitor the attacks as they occurred,” said Mahaffey, UWF team captain. “We were super excited to win. The other teams provided us really good competition.”

Metova CyberCENTS administered the competition using the Florida Cyber Range, which was created through a partnership with the UWF Center for Cybersecurity and debuted at ITEN WIRED. The simulator provides advanced training and testing solutions for academic, government, military and industry organizations through cybersecurity exercises, competitions, conferences, operations and research.

The Florida Cyber Range performed without any issues and attracted standing-room only crowds for the training sessions and competition.

“Overall, it was a positive experience,” Mahaffey said. “It has nice automated traffic, so it obscures the attacks.”

The Florida Cyber Range debuted on Tuesday to support hands-on training for ransomware and phishing, held as part of the ITEN WIRED conference and led by Kevin Hofstra, chief technology officer for Metova CyberCENTS.

Hofstra presented the ransomware and phishing sessions in the morning. Hofstra used Petya and CryptoLocker, two forms of ransomware, for the malware presentation.

“Once you’ve been hit, consider yourself compromised and wipe your computer,” Hofstra said.

“It’s crazy how easy it is for somebody with your email address to send out multiple phishing attacks,” Henderson said. “The complexity of the attacks is improving at an alarming rate. Every time we learn how to stop one attack a new method has been generated.”

For more information on the UWF Center for Cybersecurity, visit uwf.edu/cybersecurity.

For more information on the Florida Cyber Range, visit floridacyberrange.org.