UWF students are taking steps to create awareness and solutions for registered voter impersonation and misrepresentation, and their proposed solutions are receiving statewide recognition. Through a sponsorship from the UWF College of Business’s Center for Entrepreneurship, junior mechanical engineering major, Samantha Brown, and senior computer science major, Christian Um Kaman recently participated in the 2019 Future of Florida Summit, where this year’s topic was Technology and Public Policy. 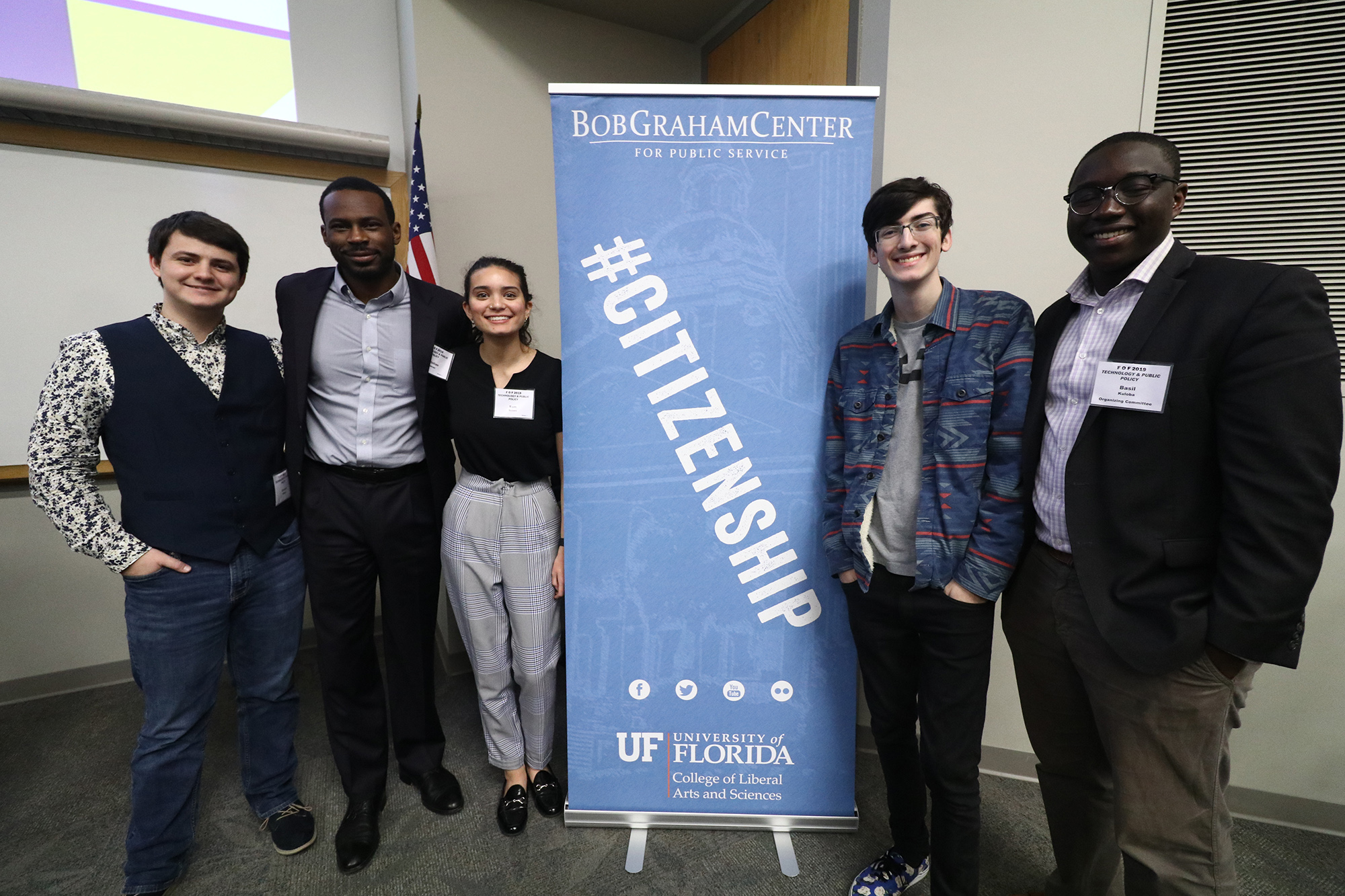 Students from 20 universities and colleges gathered at the University of Florida to draft a public policy pilot project that utilizes advances in technology and can be implemented in both state and local government election processes.

Brown, Um Kaman and eight students from several other Florida-based universities were placed on a team that worked together to create and present a Voter Identification Privacy Rights proposal. Brown, who believed she might have been susceptible to voter impersonation in last year’s midterm election, proposed the idea during a breakout session.

“Last year, I planned to participate in the midterm election, but I was unable to receive a ballot because my address was listed incorrectly online,” Brown said. “I later learned that in order to update your address you only had to provide a name and birthday.”

Over the course of the two-day competition, the team created a presentation for a panel of judges comprised of policy experts from around the state.

“During our presentation we showed the judges how easy it is to use a Google search and access a person’s address,” Brown said. “We used Sen. Marco Rubio as an example and showed his address and all of his information.”

The proposal earned third place out of ten teams, which came with the reward of judges from the competition making plans to pair the team with voter data experts and other voter-focused organizations to discuss a way to make their proposal a reality.

“After attending this summit, I am excited to enact positive change in my state,” Brown said. “As students, we are are able to turn negative experiences into areas of opportunity that strengthen the election process.”

The UWF Center for Entrepreneurship also sponsored UWF students Carson Wilber and Jessie Brown who participated in the competition on a different team. UWF student entrepreneur in residence Basil Kuloba was on the organizing committee for the summit.

For more information about UWF’s Center for Entrepreneurship, visit uwf.edu/cfe.