Gulf Breeze – University of West Florida students were among those leading teams of citizen scientists that surveyed plants and animals at the first Gulf Islands BioBlitz and Biodiversity Festival. 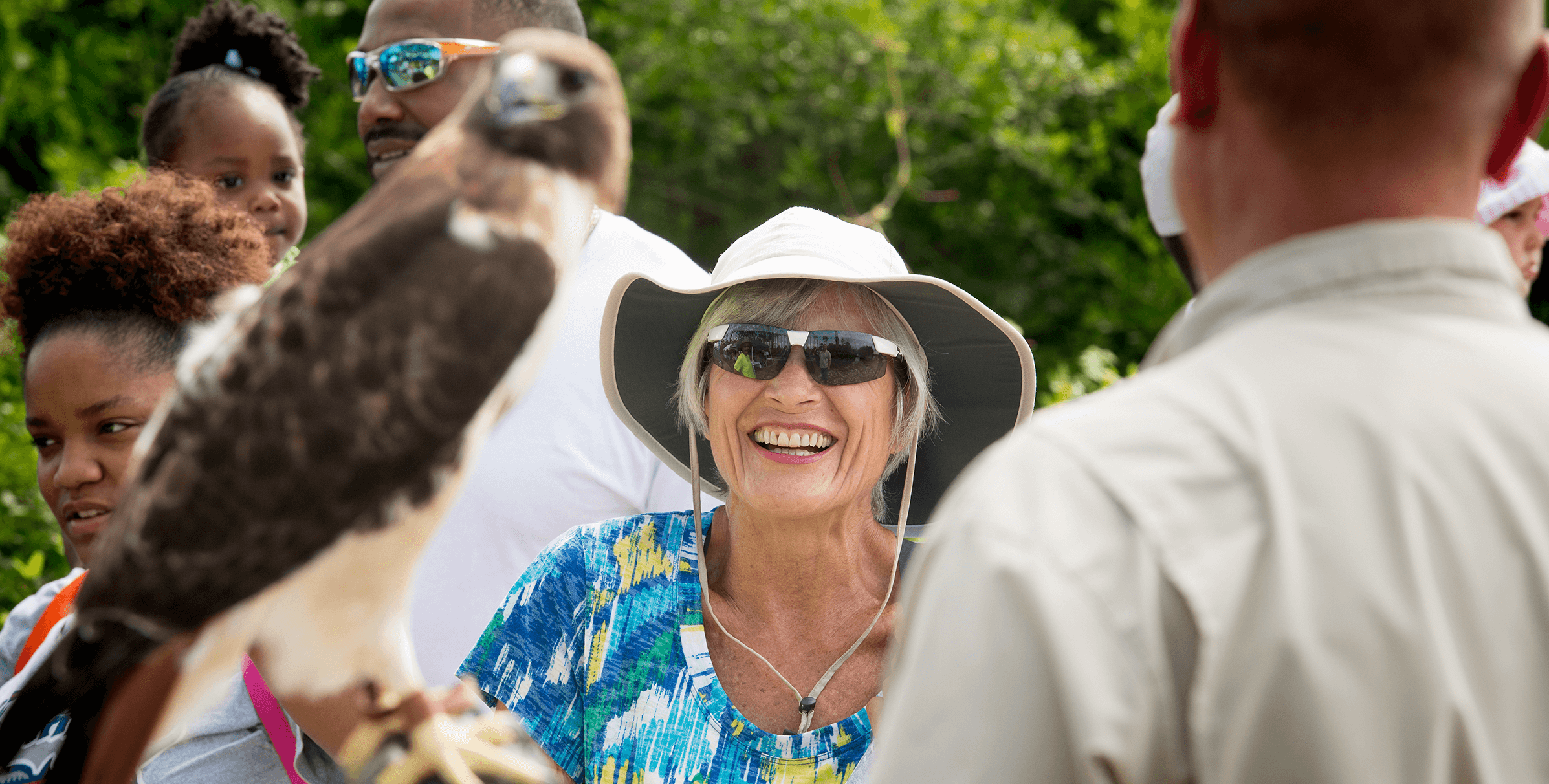 While BioBlitz events have been held at parks in the National Parks Service system for years, Saturday marked the first such festival at Gulf Islands National Seashore.

“BioBlitz is a real special opportunity,” said Dan Brown, superintendent at Gulf Islands National Seashore. “It’s an opportunity to go out and take a quick snapshot look in a single day of all of the different lifeforms, plant and animal, that live in this incredible habitat here.” 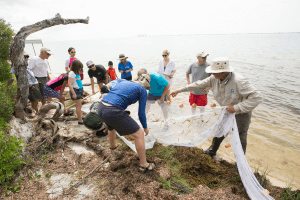 Robert Turpin helps participants with a seine during the BioBlitz species identification and Biodiversity Festival at the Gulf Islands National Seashore.

Teams of up 20 people who registered for BioBlitz were led by science experts that explored the park looking for species including reptiles, insects, birds of prey and seagrass.

Cody Nash, a UWF graduate student led one of the groups that was trying to find raptors, such as eagles, red-shouldered hawks and ospreys.

“I worked with raptors for about six years,” Nash said. “I worked for a wildlife rehabilitator and my specialty was raptors.”

Each team also included “iNaturalists” whose job it was to document each animal and plant found by taking a picture with their iPhone or iPad.

Stephen Buchanan, a UWF senior majoring in marine biology, had his microscope ready to identify some phytoplankton – microscopic plants – from some of the water samples taken Saturday.

“Phytoplankton are a key component to the ecosystem,” Buchanan said. “They are pretty much the base of the food chain.”

UWF also hosted a booth at the biodiversity festival. There were also about 10 other booths hosted by environmental stewardship organizations.

“First, is for the general public to learn more about science and biodiversity and to participate it in it, and through that find out that science, plants and animals, are cool and fun,” Teel said. “And the second, is to gather information and data for the parks.”