Two students from the University of West Florida Department of Music competed against accomplished musicians from the U.S., Asia and Europe in the Lancaster International Piano Festival, at the Winter Visual and Performing Arts Center and the Ware Center of Millersville University in Lancaster, Pennsylvania. An estimated 50 pianists attend the annual festival each year, of which 20 competed during the 2016 event. 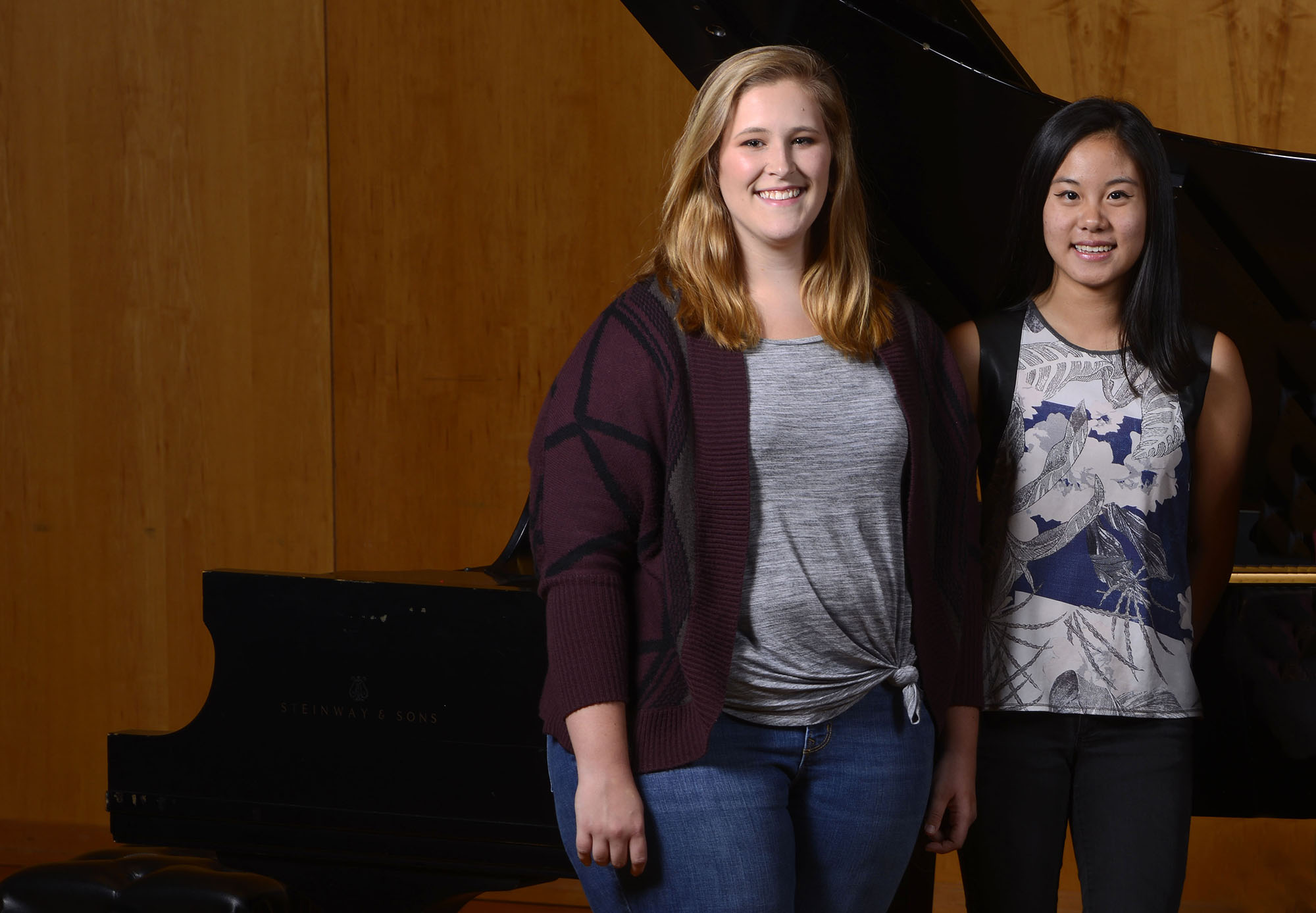 Meredith Stemen, sophomore piano performance major, advanced to the semi-finals and was chosen to play for a master class with internationally known pianist Santiago Rodriques.

“I was initially a little hesitant to attend because the Lancaster International Piano Festival was a huge step forward for me,” Stemen said. “I’ve participated in statewide competitions before, but have never been in any events at the international level. What kept me going despite my doubts was my dream of having a future career in music. I knew this festival was a huge opportunity and that it was necessary in order for me to push myself to the next level.”

Kelly Wu, a dual-enrolled student from the IB Program at Pensacola High School, advanced to the finals, where she received an Honorable Mention. She also had the honor of performing for a master class for Alexander Kobrin, a Russian pianist and the winner of the renowned Van Cliburn International Piano Competition.

“I think my favorite moment was right after I had finished performing in the finals round, when I was heading backstage,” Wu said. “I was so grateful for the opportunity to play onstage with such talented people, and celebrating our final performance in the competition brought a sense of connection that is almost indescribable. I remember thinking that, in the course of the competition itself, we all became closer as pianists who could learn from each other and friends who could make memories together. That was a priceless moment.”

Both Stemen and Wu are currently studying under Dr. Hedi Salanki-Rubardt, Distinguished University Professor and director of chamber music, piano program and harpsichord in the UWF Department of Music. Salanki, who has also served as a faculty member for the Lancaster competition for the last four years, delivered a lecture-recital entitled, “Baroque Performance Practice.”

“Since I arrived at UWF, my goal has been to make our music program visible not only on the national scale, but internationally as well,” Salanki said. “I regularly perform, teach and give master classes not only in the U.S., but also in Central America, Asia and Europe. I feel it is very important to all of us that we promote our University. I’m proud to be a Distinguished University Professor at UWF and am happy to spread the word about the great programs we have here.”

The Lancaster International Piano Festival is hosted by LIPF, a non-profit arts organization dedicated to the performance and teaching of classical music at the highest standard. The goal of the festival is to combine an intensive educational program with an outstanding concert series presented by world-class pianists. For the 2016 in-house competition hosted as part of the festival, participants chose one of the Chopin Mazurkas and a work or works of their choice to perform in 15 minutes or less.

To learn more about the Lancaster International Piano Festival, visit www.lancasterpianofest.com. For more information about the UWF Department of Music, visit uwf.edu/music.