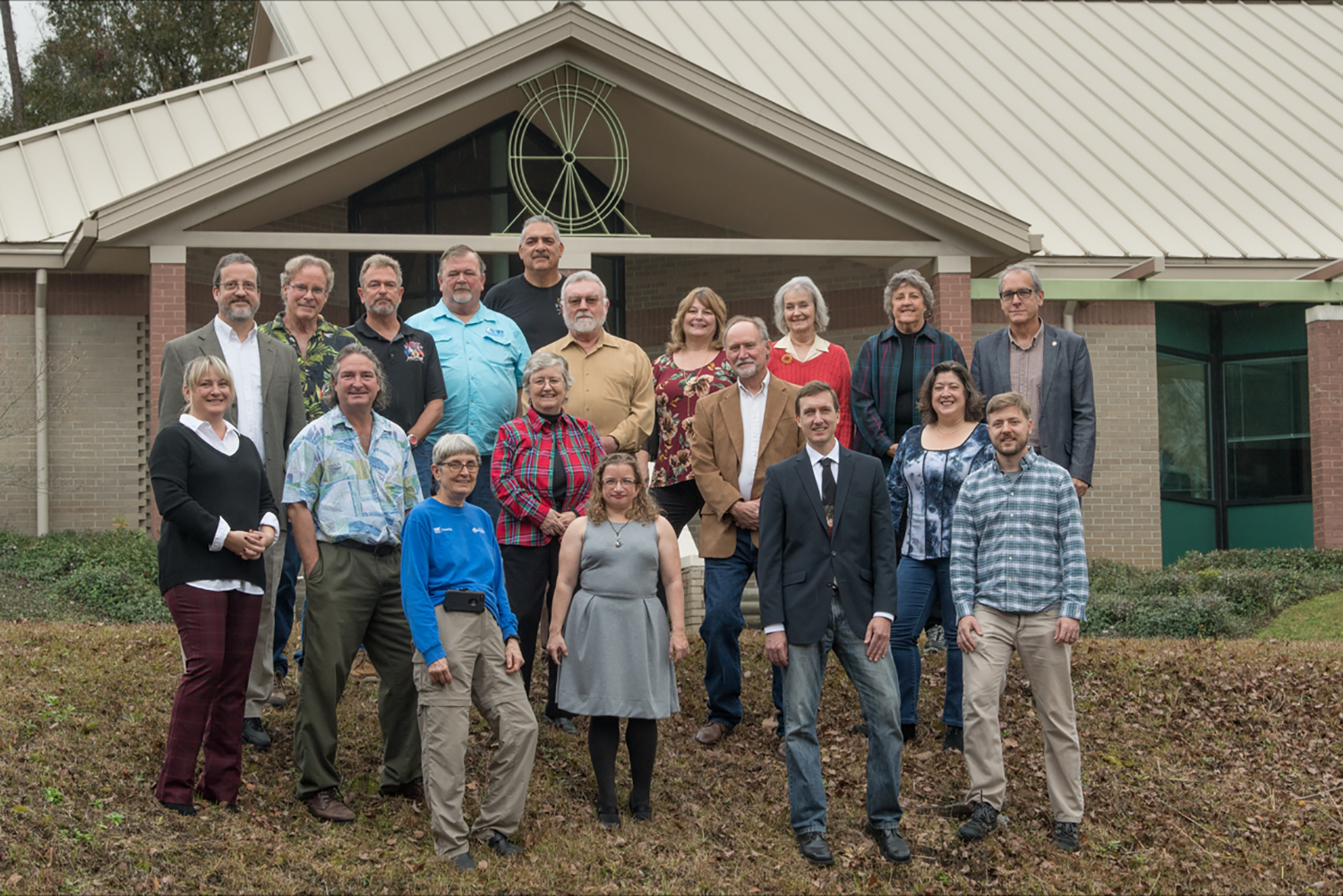 “Our Luna Project team has been working for several decades, first on the shipwrecks and recently on the settlement, to explore archaeological traces of Luna’s ships and colonists after a hurricane destroyed the colony’s food supplies, and left the survivors stranded on the shores of Pensacola Bay from 1559 to 1561,” said Dr. Elizabeth Benchley, director of the Division of Anthropology and Archaeology and the Archaeology Institute. “From the beginning, we have reached out to Pensacolians to share our findings through lectures, websites, tours, and hands on opportunities, as we piece together this important story. We are indebted to the support and interest from the community, and especially the Luna neighbors who have allowed us to excavate in their yards. We are very honored to receive this prestigious award for Excellence in Public Historical Archaeology from the Society for Historical Archaeology.”

The award recognizes the efforts of a large team of faculty, staff, and students from the UWF Division of Anthropology and Archaeology, which includes the Department of Anthropology, the Archaeology Institute, the Florida Public Archaeology Network and Marine Services Center at UWF. The team has been studying the shipwrecks and land settlement linked to the 16th-century Spanish expedition led by Don Tristán de Luna y Arellano from Veracruz, Mexico to modern-day Pensacola, marking the earliest multi-year European settlement in the U.S.

The Roberts Award, one of the SHA’s top four annual honors, was created and endowed by the staff of John Milner Associates Inc., now part of Commonwealth Heritage Group Inc., to recognize and honor their colleague Daniel G. Roberts, one of the pioneers in public historical archaeology, particularly within a heritage management framework. Public archaeology entails a commitment to broad dissemination of the lessons learned from archaeology and the importance of preserving the archaeological record. The award recognizes outstanding, sustained accomplishments in public historical archaeology by individuals, educational institutions, for-profit or non-profit firms or organizations, museums, government agencies and private sponsors.

Formed in 1967, the Society for Historical Archaeology is the largest scholarly group concerned with the archaeology of the modern world (A.D. 1400-present). The main focus of the society is the era since the beginning of European exploration. SHA promotes scholarly research and the dissemination of knowledge concerning historical archaeology. The society is specifically concerned with the identification, excavation, interpretation and conservation of sites and materials on land and underwater. Geographically the society emphasizes the New World, but also includes European exploration and settlement in Africa, Asia and Oceania.

For more information about the Luna Expedition, visit uwf.edu/luna.