The University of West Florida recently celebrated a donation of more than $27,500 to the Department of Music in support of the Larry Butler Memorial Music Award. The funds were raised from ticket sales and donations at the Nashville Songwriters’ Hall of Fame Show as part of the Frank Brown International Songwriters Festival, hosted by UWF in November 2016. 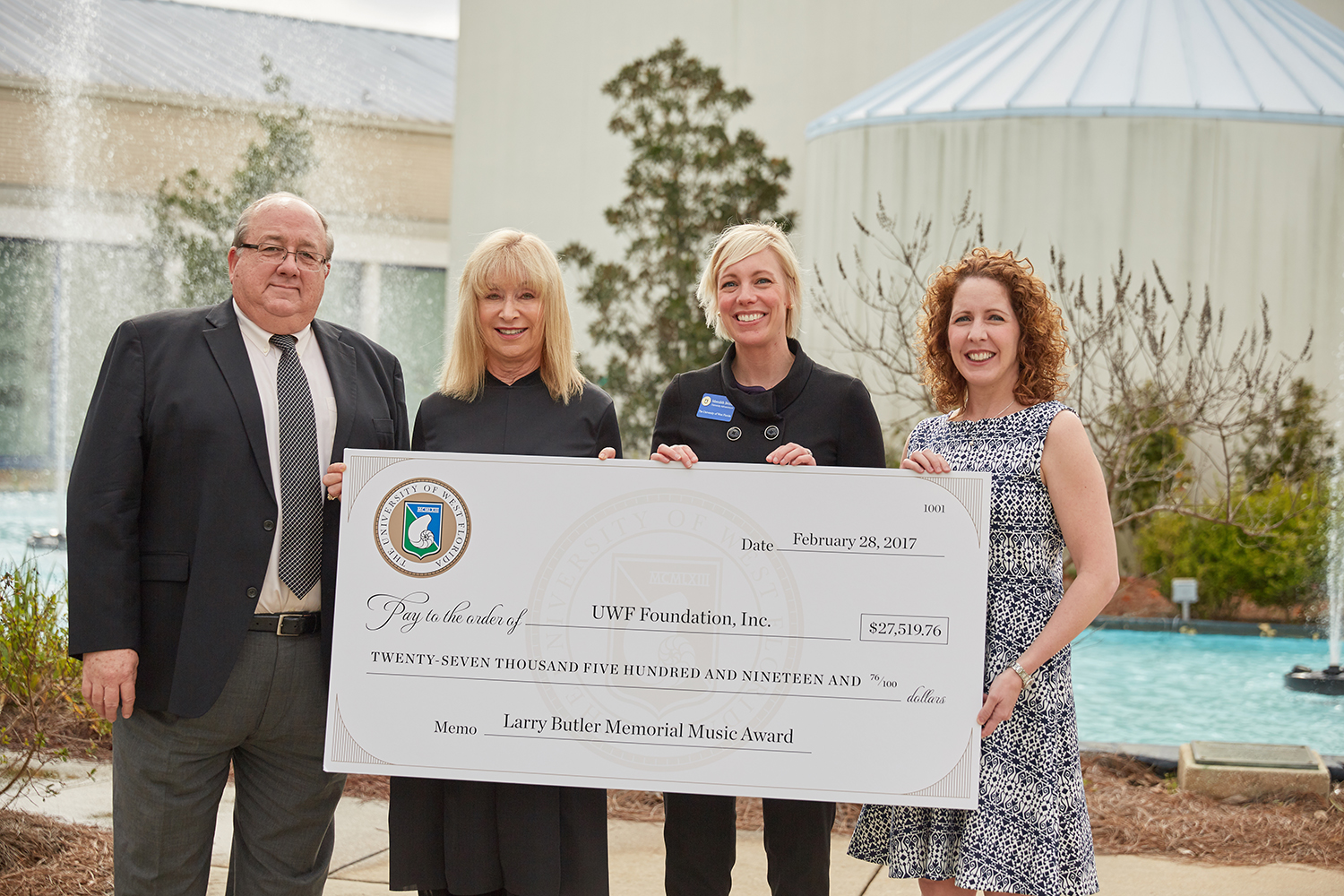 The donation will help fund student participation in academic competitions and performance-related travel experiences, including the Lancaster International Piano Festival in Pennsylvania, the Interharmony International Music Festival in Germany and Italy, and the UWF Ireland Experience Program.

The Larry Butler Memorial Music Award was created in 2015 by Peggy Butler in memory of her husband, a Grammy Award-winning songwriter and producer and Pensacola native. Nearly $54,000 has been raised by the Butler family and friends to support the Department of Music.

“Peggy Butler is truly passionate about our department and our students,” said Dr. Sheila Dunn, chair of the Department of Music. “She is committed to changing the lives of young musicians, and with this additional funding, we can broaden the possibilities of the kinds of activities that we can support and increase the number of students that we are able to award.”

Larry Butler worked with renowned recording artists, such as Johnny Cash and Kenny Rogers, during his career in Nashville, and continued to show appreciation for his hometown through his generosity, including holding a benefit concert to raise money for the rebuilding effort following Hurricane Ivan.

“It is important that arts and music education funds are used for kids to travel for competitions,” she said. “It is part of learning how to be an entertainer and hone your craft.”

The Frank Brown International Songwriters Festival hosts Grammy Award winning songwriters and rising stars, who perform original songs in multiple locations in the Florida Panhandle. Festival attendees enjoy a personal concert experience and learn the stories behind the songs as told by the original author. Venues attract more than 200 songwriters who come from around the world.