Two recent reported cases of the flesh-eating bacteria known as vibrio vulnificus along Florida’s Gulf Coast, one resulting in the death of a Tennessee man, have raised new awareness about the possibility of infections. A University of West Florida professor and her students have been testing for the presence of the bacteria in local waters using sophisticated and sensitive lab techniques. 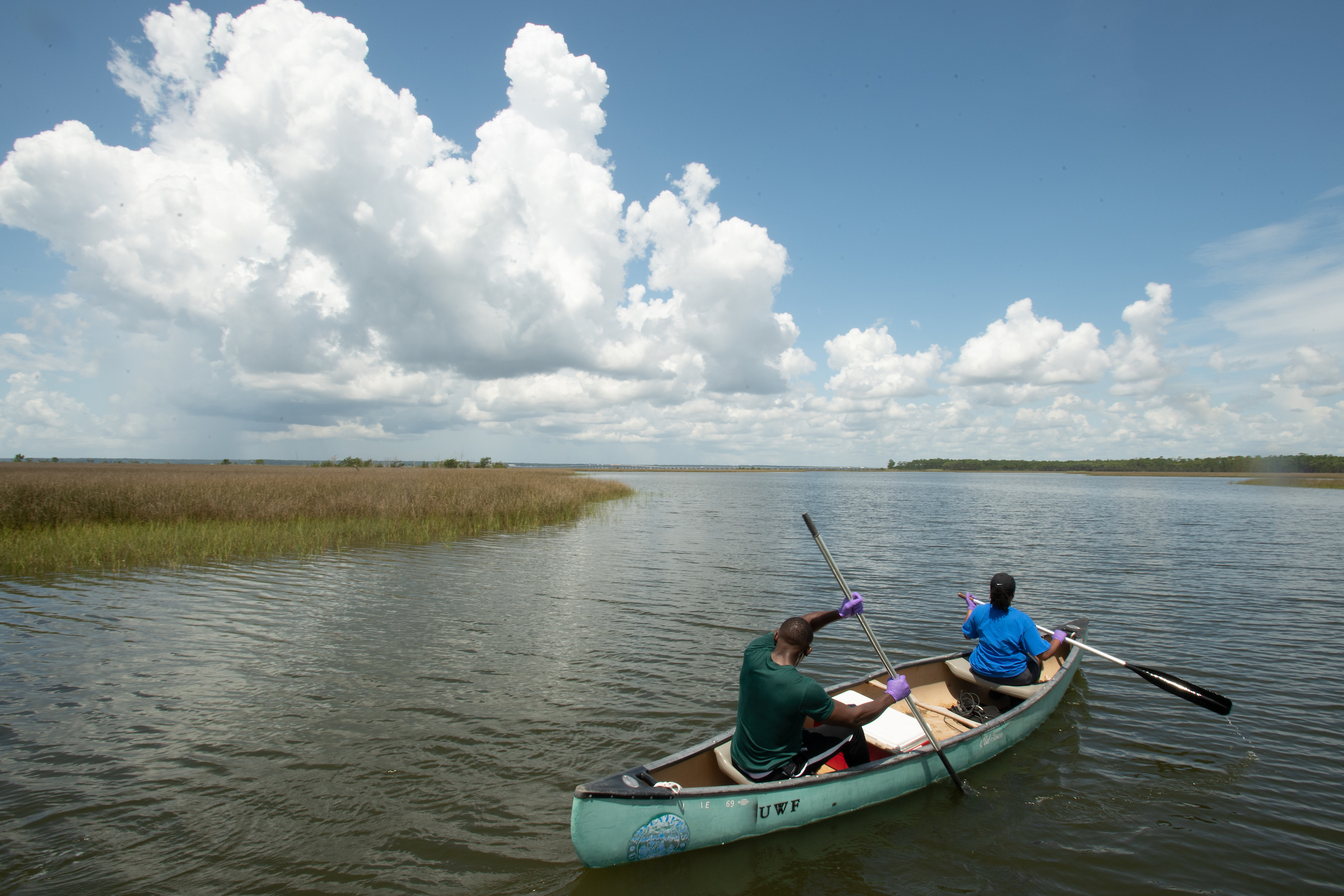 The vibrio vulnificus can be found in warm coastal areas, in salty or brackish waters. Infections are very rare. However, it is possible to contract an infection while swimming or wading with open wounds or from eating undercooked or raw shellfish. Most infections are minor, but those who are immunocompromised stand the risk for more serious infections, which could result in loss of limb or death.

Dr. Lisa Waidner, an assistant professor in the UWF Center for Environmental Diagnostics and Bioremediation and in the Department of Biology, has been mentoring students who have been collecting water samples in the Indian Bayou. Monthly sampling began in January 2018 and continues until now. Her lab has developed techniques that enable students to test them for the presence of the vibrio vulnificus.

“It’s just a matter of taking that water sample and putting it on to a small filter and extracting all DNA from it. And using a technique called polymarese chain reaction, which is used in many applications, medical sciences, forensic sciences and basic environmental sciences – like what we do. We can get the exact number of vulnificus that was in that water sample when it was collected,” Waidner said.

While they are still early in the testing phase, Waidner said they haven’t detected high numbers of the bacteria so far.

“At this point, we have surveyed about 10% of those 300 DNA samples. And, at this point, we have seen zero vulnificus in those Indian Bayou samples. However, where we predict they would be most abundant is the post-storm samples, of which we have about four or five sampling dates, as well as hot summer months last June, July or August. Those we have not assayed yet.”

According to several news reports, a Memphis, Tennessee, man died last month after contracting vibrio vulnificus during a trip to Destin. The man’s daughter said in a Facebook post that he had “battled cancer for many years.”

The Florida Department of Health recommends covering any wounds with “dry, clean bandages until they are fully healed and to perform first aid on minor wounds such as scratches and blisters before they have the chance to become infected” before entering water.

John Becker, a resident of Navarre Beach, said he’s at the beach almost every morning and is not concerned about the flesh-eating bacteria.

“Lifeguarding here on the beach, people ask me all the time, whether or not, you know, it’s out there, and I know it’s very rare,” Becker said. “It was only one report. I’m not too scared about it.”

Waidner is continuing the vibrio research with two undergraduate students now and hopes to get local contracts or grant money to expand the scope of study.

“My main goal in all of this and of course for the graduate student is to get the thesis published, and that would be a very nice solid foundation to understand the ecology of vibrio better,” Waidner said. “There has been quite a bit of literature of vibrio ecology all along the Gulf Coast, but none in the Panhandle area. So, if we had some solid data, we could expand that program and perhaps get some grant funding to further understand it.”

Most read in Marine Biology