Dr. Kristina Killgrove, bioarchaeologist and assistant professor of anthropology at the University of West Florida, recently received the New Directions Award in public anthropology from the General Anthropology Division of the American Anthropological Association, the world's largest organization for professional anthropologists. 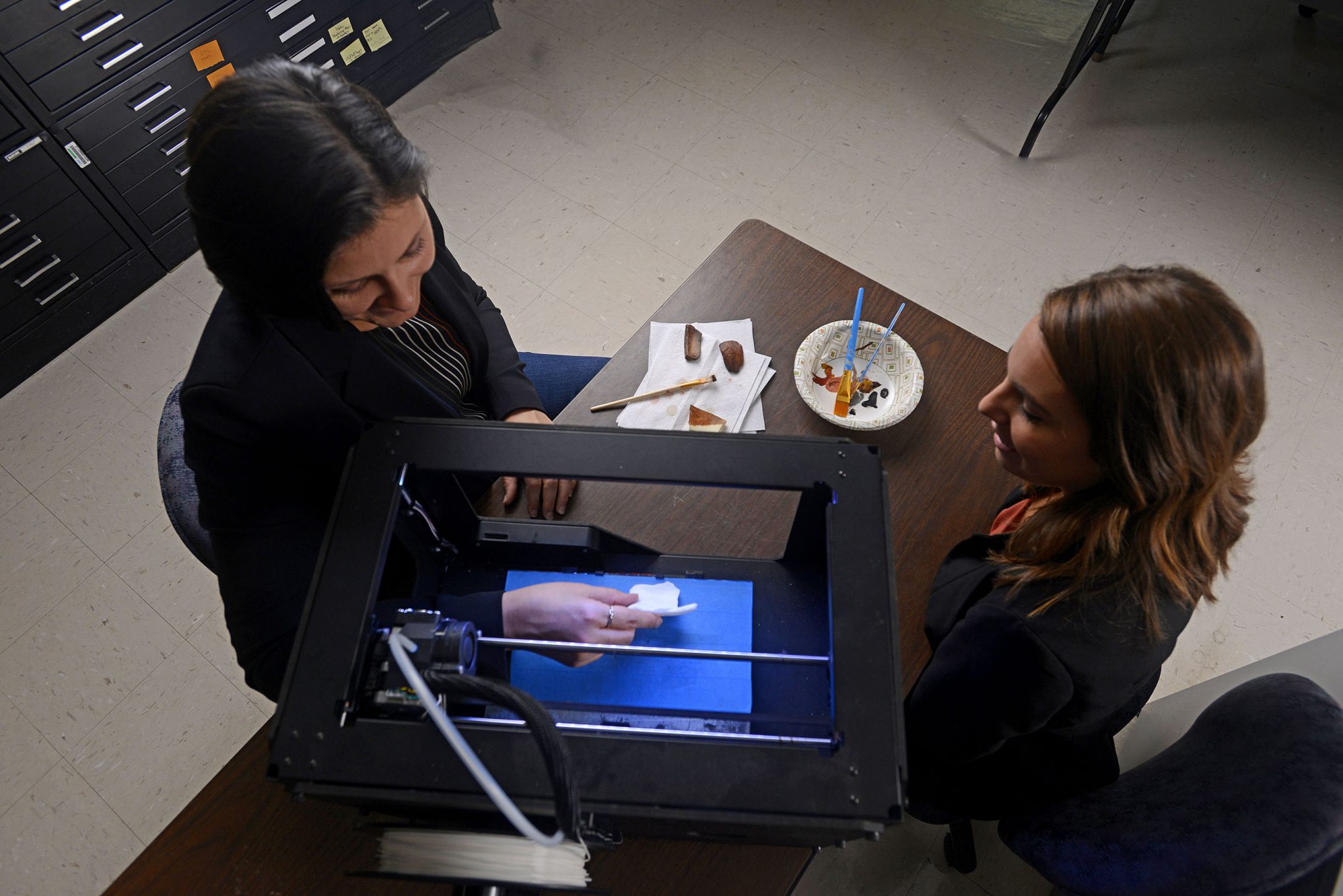 Dr. Kristina Killgrove, bioarchaeologist and assistant professor of anthropology at the University of West Florida, recently received the New Directions Award in public anthropology from the General Anthropology Division of the American Anthropological Association, the world’s largest organization for professional anthropologists.

Killgrove regularly contributes blog posts to Forbes and was chosen as the recipient for the New Directions Award for continuously presenting anthropological information across diverse digital media platforms to the public, while expanding anthropological perspectives in the 21st century. She received the award at the annual meeting of the AAA, held in Minneapolis on Nov. 18.

“I was very excited to receive the award,” she said. “There are a lot of people out there who think blog posts aren’t a valid medium, but for me, it was great to have this group of anthropologists recognize me and say, ‘We think your work is awesome and is a good use of your time and effort.’”

Killgrove’s blog posts have received more than 5 million views since 2015 and have covered a range of archaeology and anthropology topics such as ancient DNA, palaeopathology – or past diseases – and the ethics of skeleton collecting.

The General Anthropology Division of the AAA recognizes anthropologists and anthropological work from a wide variety of mediums such as blog posts, columns, national newspaper and magazine pieces, photographic exhibitions, art exhibitions, or dance performances of an anthropological nature, as well as television, video series, films or documentaries illuminating the human condition.

Dr. John Bratten, chair of the UWF Department of Anthropology, said the department is fortunate in that Killgrove is so well-versed in the area of public media.

“Her blogs and online articles for outlets such as Forbes and Mental Floss bring the public’s attention not only to her research, but also to the anthropology department and the University as a whole,” Bratten said. “If Dr. Killgrove chose to publish using only the traditional methods of academic journals, her work would be available to a very small audience. By using the methods for which she has won this award, she is encouraging collaboration with other colleagues, raising the profile our department and college, and attracting new students to the field and our University.”

For more information about the anthropology program at UWF, visit uwf.edu/anthropology or call 850.474.2797. To read Killgrove’s blog posts on Forbes, visit forbes.com/sites/kristinakillgrove.