UWF marketing course changes lives in the classroom and beyond 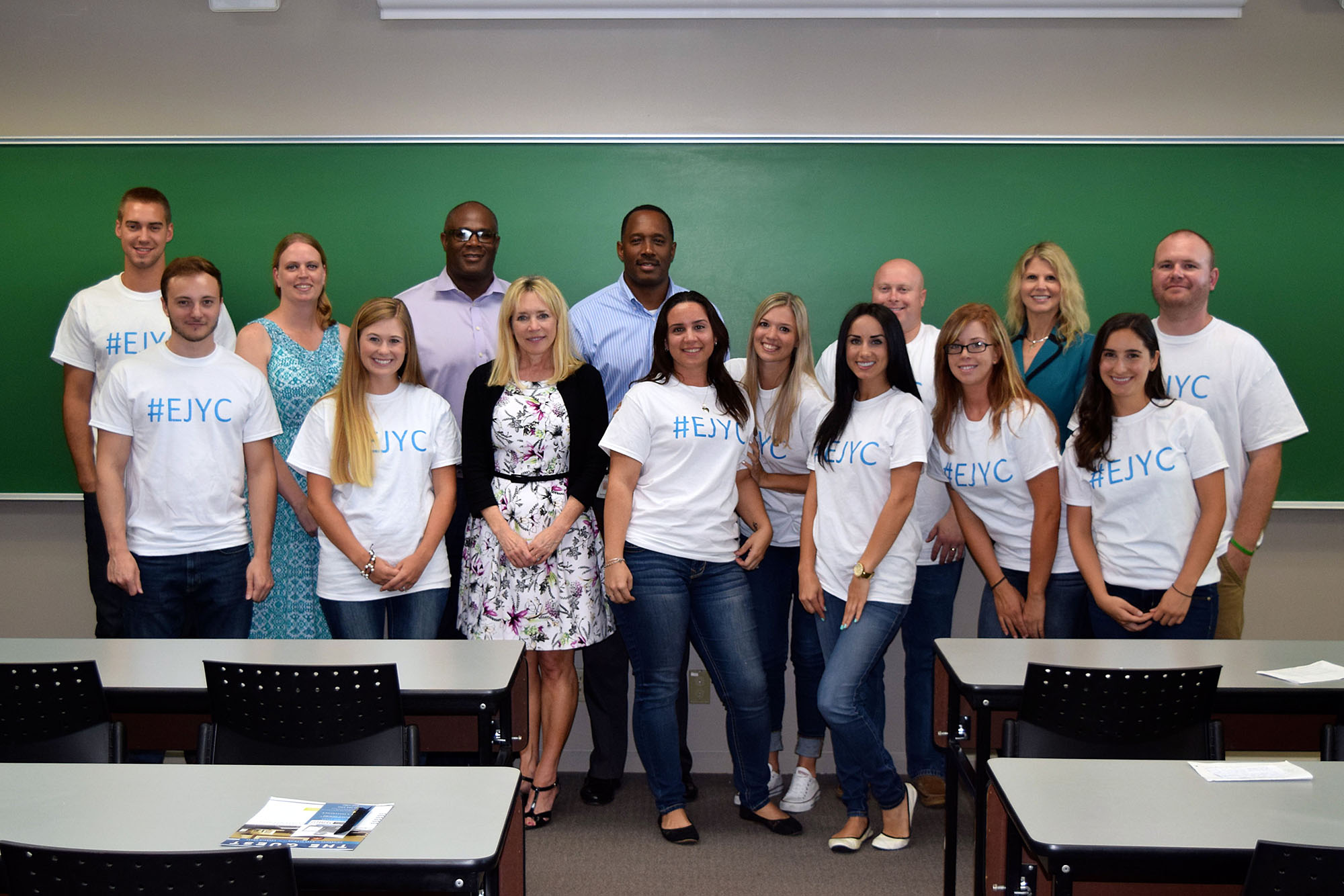 Taught for more than a decade by Susan Shaw, the course teaches the integration of marketing, advertising and public relations and shows students how to make it work in the real world.

Each time she teaches the course, Shaw selects an under-resourced nonprofit organization to benefit from her students’ time and talent. During an abbreviated six-week session in Summer 2015, that organization was the EJYC, which offers enrichment after school and throughout the summer to provide consistent encouragement and guidance sometimes missing from young people’s lives.

Located in a low-income housing project in Fort Walton Beach, the EJYC is a haven for children whose families earn less than $15,000 annually. Education is the foundation of the center, with the majority of students passing their standardized testing as a result of spending afternoons and school breaks here. Many children who ‘graduate’ from the program come back to work or volunteer at center while attending college.

Students in the marketing class were divided into three groups – public relations, social media and traditional media. The major goal was to build awareness, because EJYC had very little marketing of any kind. After a site visit to the center, students came up with the tag line, “Success Stories,” for a campaign that will run throughout July and August 2015.

The PR group taped a segment for WUWF public radio and wrote the 30-second donated spots that will run during July. Additionally, the students sent ‘ask’ letters to grocers requesting healthy snacks for EJYC kids and made a presentation to an area foundation now likely to make a major gift. The social media group updated the center’s website and Facebook page, doubling its ‘likes’ within two weeks. They also devised an Instagram campaign to tell the stories of EJYC students. The traditional media group worked on billboards, posters, T-shirts and a bookmark that will be distributed to area high schools and churches in an effort to attract donors and volunteers.

“The work of Susan Shaw’s students is remarkable and impacting,” said Bernard Johnson, EJYC Board of Directors Chairman. “These college students have committed to the promotion of the youth of the center both in word and deed.”

“The hands-on experience I gained from the Integrated Marketing course was how to create a marketing campaign. I learned how many people and different parts it takes for a marketing campaign to work,” said UWF student Brittany Regans, who participated in the course. “The aspect I gained is the desire to help people. Our class helped a nonprofit organization that needed help with promoting themselves. It feels so good to know you are making a difference.”