The University of West Florida hosted its Fall 2017 Commencement at the Pensacola Bay Center. Addressing 1,636 graduates, UWF President Martha Saunders noted the significance of the students’ achievements for their individual career pursuits, as well as what these accomplishments mean to the University in its 50th year. 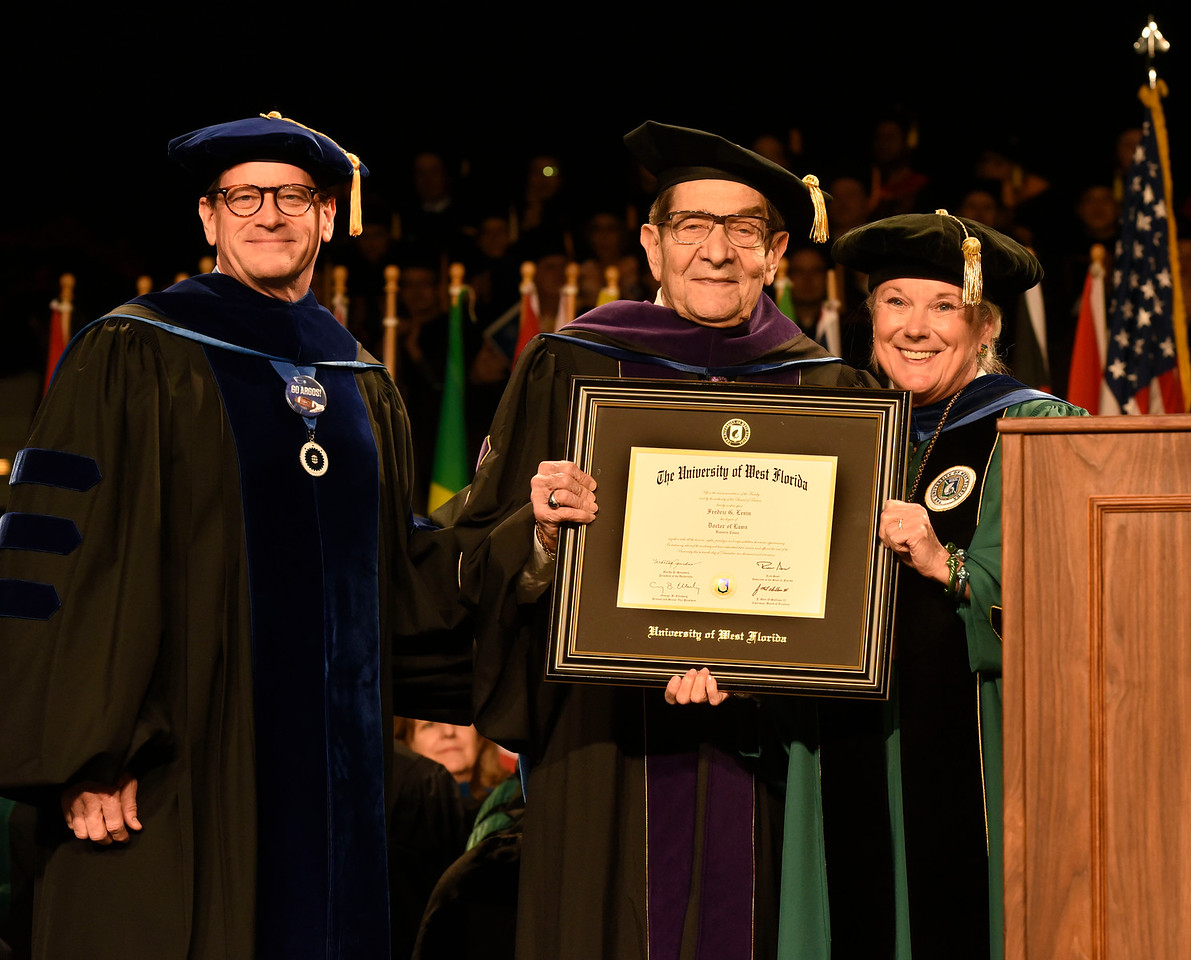 “Saturday’s ceremonies capped a historic year for the University of West Florida,” Saunders said. “We celebrated our past with some of our first graduates and our future with the students who received degrees.”

UWF Golden Graduates, members of UWF’s charter classes, were invited to attend Saturday’s ceremonies to help honor the occasion which included the recognition of two community partners through the conferring of two prestigious academic awards.

Fredric G. “Fred” Levin was recognized for his remarkable personal and professional achievements, as well as his service to UWF, the Pensacola community and the state of Florida. Levin, one of the most successful trial attorneys in the U.S. and a partner in the Levin Papantonio law firm for more than 50 years, was named an Honorary Doctor of Laws. The honorary doctorate recognizes distinguished performance and is regarded as the highest form of recognition a university can bestow.

Levin is best known for helping to rewrite the Florida Medicaid Third Party Recovery Act in 1993 to permit the state of Florida to sue the tobacco industry to recover expenditures for treating illnesses caused by cigarette smoking. The legislation eventually resulted in a $13 billion settlement for the state of Florida.

A member of the Inner Circle of Advocates, an organization limited to 100 lawyers throughout the country, Levin has been listed in every edition of the publication, “Best Lawyers in America.” He received the Perry Nichols Award in 1994, the highest honor bestowed by the Florida Academy of Trial Lawyers, given in recognition for a person’s lifetime achievements in the pursuit of justice. In 1999, he was honored at the United Nations by being made a Chief in the Republic of Ghana for his dedication to equal justice for people of all races. Levin is also a published author and manager of many champion boxers.

Levin has also made multiple donations to the University of West Florida. More than 20 years ago, he created the first endowed professorship at the University of West Florida in honor of his father, Abe Levin. Levin’s tremendous professional success has enabled him to enhance the University through a long-standing history of giving, including contributions to UWF football and the establishment of the Reubin O’D. Askew Institute for Multidisciplinary Studies, in memory of Florida’s 37th governor and Levin’s former law partner. 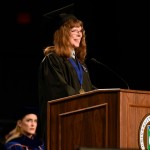 From 1998 to 2011, Gilluly served on the UWF Foundation Board of Directors. Former Gov. Jeb Bush appointed her as a UWF Trustee in 2003, and she served in that capacity until 2011. She is a current member of the UWF Heritage Club and Chambered Nautilus Society, and a former member of the Charter Society of 1963 and Nautilus Society. In 2007, the UWF Alumni Association awarded Gilluly the distinguished Alumni Chambered Nautilus Award of Merit.

Gilluly, who retired as a computer specialist for the U.S. House of Representatives, serves as vice grand chancellor of the Military and Hospitaller Order of Saint Lazarus of Jerusalem, an international relief organization based in Madrid, Spain. She has competed in 15 marathons and is a licensed pilot, flying multi-engine and acrobatic airplanes.