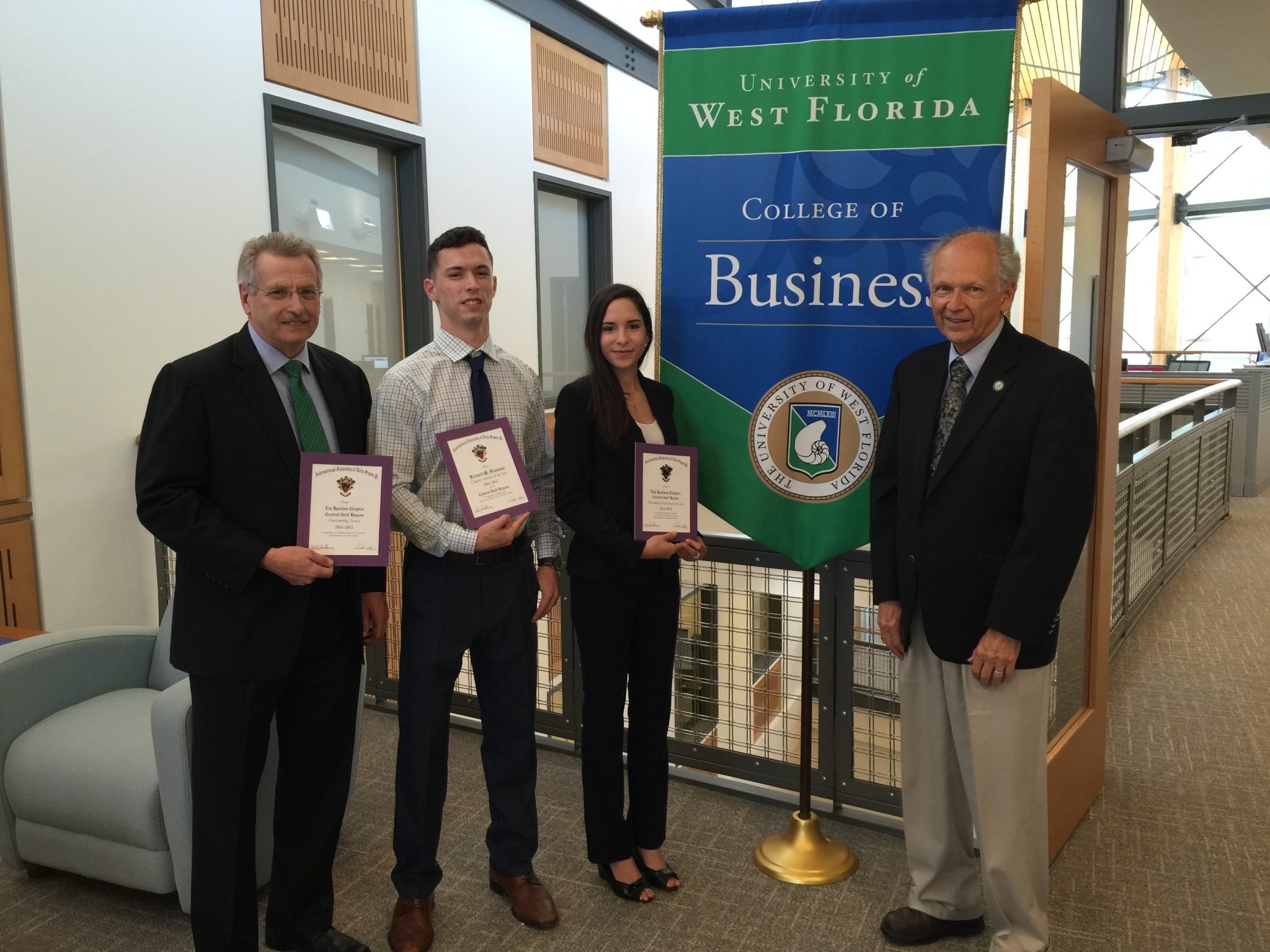 Delta Sigma Pi is a professional, business fraternity for men and women with more than 260,000 members, including alumni and current students. The Eta Upsilon chapter is a member of the Central Gulf Region and competes against schools such as the University of Alabama and Auburn University.

Among the awards received by Eta Upsilon was Chapter Advisor of the Year, awarded to Richard Fountain. Fountain has served as chapter advisor since 2012 and has been a fundamental asset, bringing a wealth of knowledge and history as a brother of the second pledge class and functioning as an integral part of Eta Upsilon’s operations and recruitment as well.

“It has been tremendously rewarding to be a part of the growth and prosperity of the Eta Upsilon chapter of Delta Sigma Pi,” Fountain said. “Individually, the members of this fraternity go on to do amazing things within their careers, and holistically these men and women go above and beyond to serve their fellow students and the community.”

The members of UWF’s Delta Sigma Pi are dedicated to their fellow students and community. The Grand Chapter Congress recognized this commitment and awarded the chapter with the Outstanding Professional Activities and Outstanding Community Service awards.

The fraternity continues to serve UWF and the surrounding community by hosting “LinkedIn Picture Days,” where students have the opportunity to have a professional headshot taken, at no cost, to use on job applications and LinkedIn. The chapter also volunteers at various non-profit organizations throughout Pensacola and sponsored a blood drive at UWF this October.