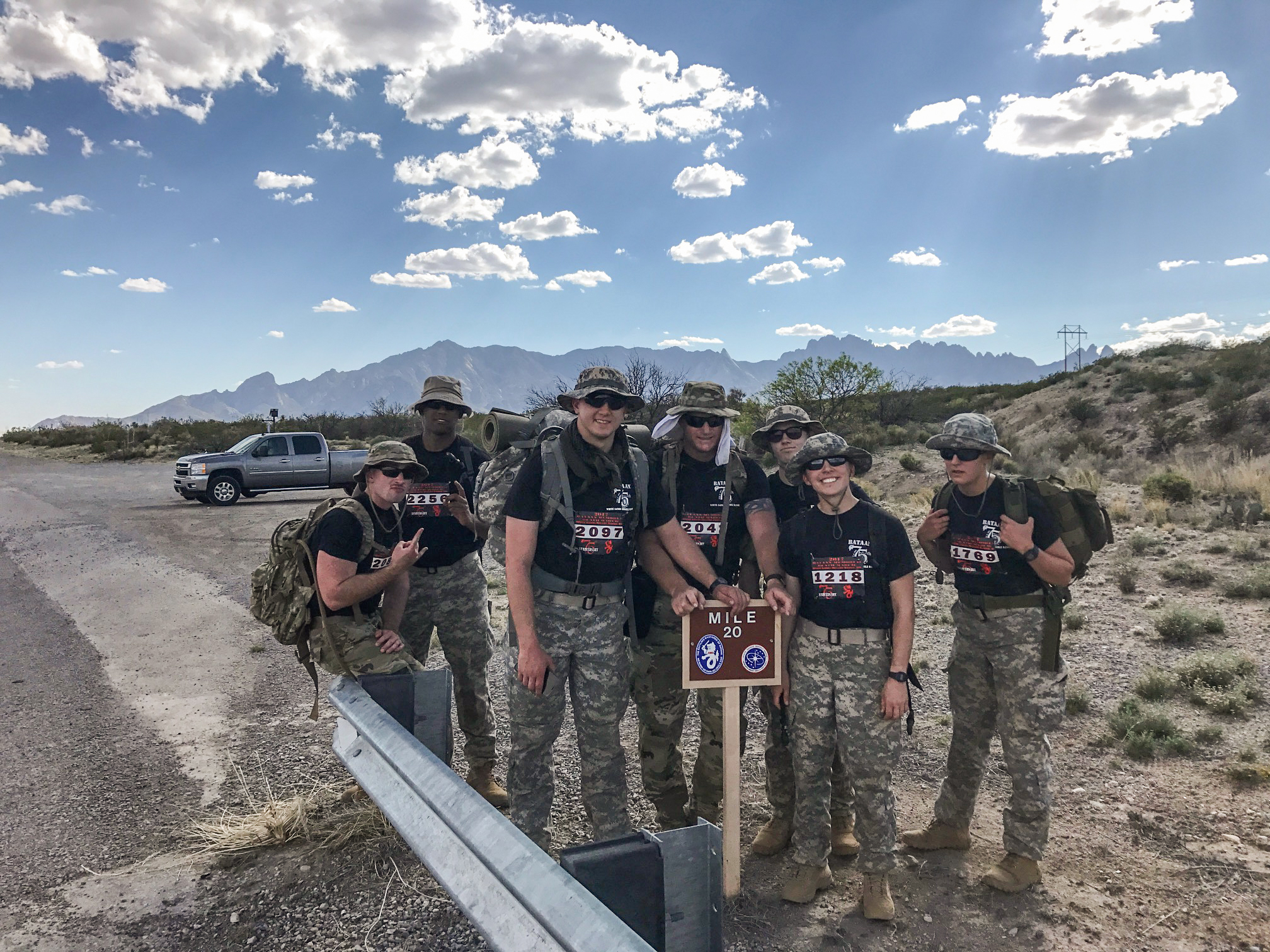 The annual 26-mile march is conducted in honor of the heroic service members who defended the Philippine Islands during World War II, sacrificing their freedom, health, and in many cases, their lives. For Cadet Chelsea Adams, graduate student in the cybersecurity program, participating in the march was a special way to recognize the sacrifice made by her grandfather, an Army veteran who endured the Bataan Death March in 1942.

“I grew up hearing stories about his march, about the things he saw – the things that he survived – and it was always so surreal,” Adams said. “He died when I was young, so these really were nothing but stories to me. Marching in the Bataan Memorial March was especially meaningful because it was a way for me to honor his march, his life and his enduring spirit.”

This was the first year UWF students participated in the march and the first time the ROTC program has participated in an event outside of cadet command’s purview, said Lt. Col. Henry Delacruz, chair and professor of the Department of Military Science. Brig. Gen. Michael Ferguson donated $2,000 to the ROTC program to pay for travel expenses. Delacruz said they plan to make it an annual event to build cadets’ personal challenge and physical fitness, and to foster esprit de corps within the UWF ROTC program.

“By participating in this event, our cadets can learn, then honor the sacrifices of the heroic service members who defended the Philippines during World War II,” Delacruz said. “The Argonaut ROTC program can also showcase its best and brightest cadets and represent the University in an event that brings marchers from across the United States and several foreign countries.”