Pensacola – Thomas Asmuth spends his time outside the classroom at the University of West Florida exploring the boundaries among art, science and technology. 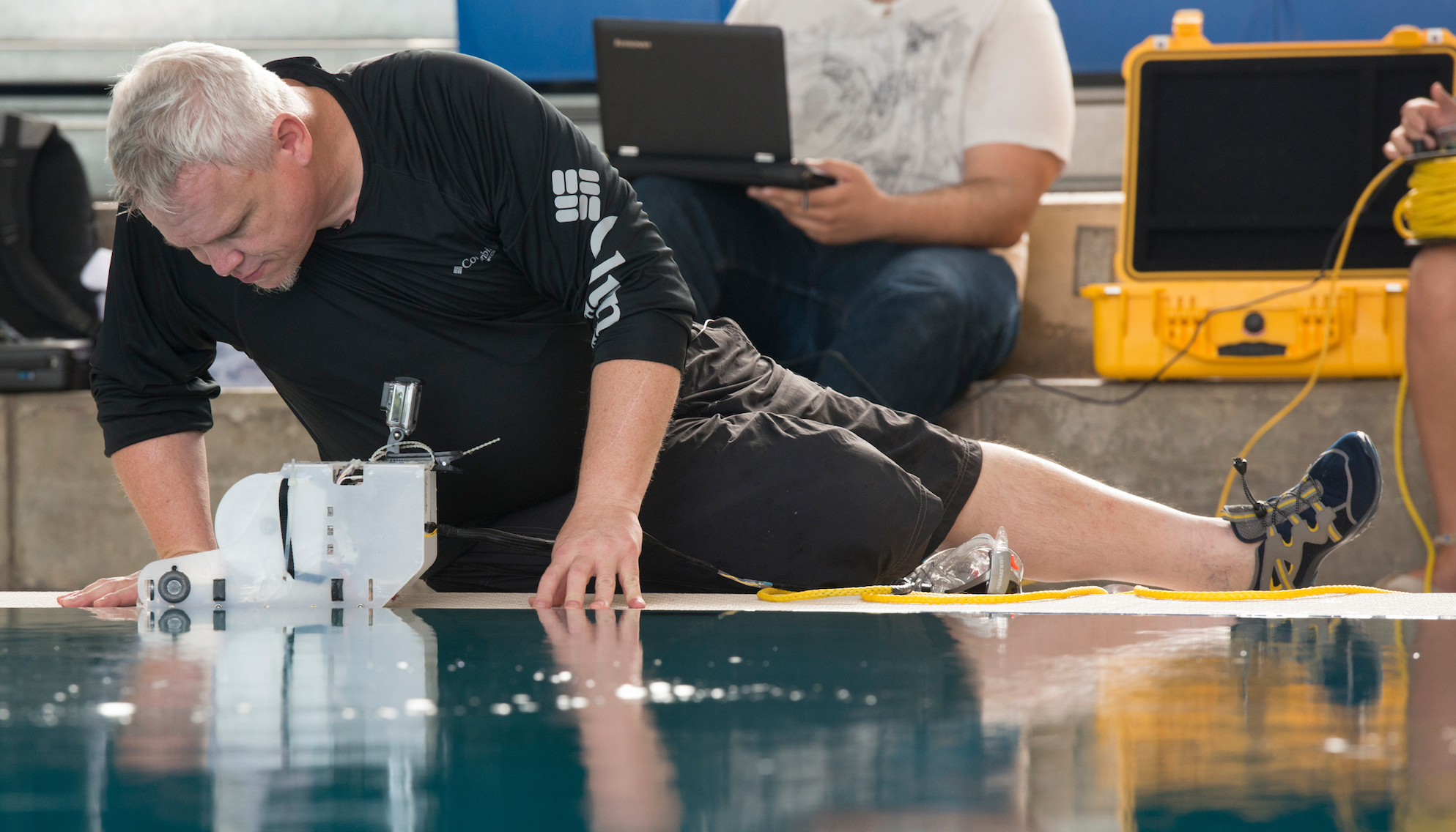 He is an assistant professor of new media in the art department whose most recent endeavors include doing a Florida Research fellowship-funded project that uses remotely operated submersibles to collect data and images of the turbidity of water.

Turbidity measures the degree to which water loses transparency because of suspended particles. It is one several factors environmental scientists use to measure water quality.

When he gets the underwater images, which he calls “turbidity paintings,” Asmuth plans to display them in a grid mounted on the wall like a graphic arts installation.

The use of the photos and the mode of display mean the images are both data about the water and pure visual images to look at, or art.

Asmuth and his colleague, Sara Gevurtz, a Virginia Commonwealth University instructor with a background in biology and environmental science, discussed their work at the annual International Symposium of Electronic Art in Hong Kong in May. ISEA allows people and organizations from around the world working with art, science and technology to share experiences in which all three fields meld.

Though Asmuth and his team of research assistants have built the submersibles, outfitted them with cameras and done numerous test runs, including one when they went to Hong Kong for the symposium, they have yet to display a turbidity painting.

This, Asmuth said, is the true nature of field work in the world of experimental technology and art. He has not failed to get an image. He is still working on it.

The setbacks of such an ambitious endeavor like the turbidity painting project that mixes art and technology are constant and numerous. For example, when Asmuth and his group traveled to Hong Kong, their submersible was damaged on the 16-hour international flight. A battery tube was broken. This left them depending on the kindness of colleagues at City University in Hong Kong, who helped them by re-creating the part they needed to fix the battery tube.

Back in the U.S., Asmuth discovered, that once again, the submersible sustained damage to a part during the flight. Since returning from Hong Kong, he has repaired a flooded electronics tube, a controller on the camera and a vertical thruster.

“Sometimes you find yourself flat on your back looking up at the sky and asking, ‘why’,” Asmuth said with a laugh. “That is the nature of creating something totally new. You can’t anticipate all the hurdles, so no matter how much you make precise plans, you find yourself having to improvise. Anyone who has ever tried to write a book or design a video game or invent something understands this.”

Despite the fact that the submersible’s launch into the water during the trip to Hong Kong was short, and despite the setbacks that have occurred since his return from the conference, Asmuth remains optimistic about his efforts to take underwater images with the two submersible vehicles he has built so far.

“We’ll get the images eventually. All of the things that have happened are just steps along the way. We are not working in the controlled environment of the lab. We have to deal with situations as they arise, and that includes replacing broken parts and anything else that happens.”

This week, Asmuth tested one of the submersibles again in the pool inside the UWF Aquatics Center. This time he had a new controller to navigate with. The device, which attaches to his laptop, is an off-the-shelf video game controller, complete with a joy stick that allows for variable speed.

“I’m excited,” Asmuth said. “This is research and development.”