Hiking and Hoping: Alumna treks across U.S. for a cause 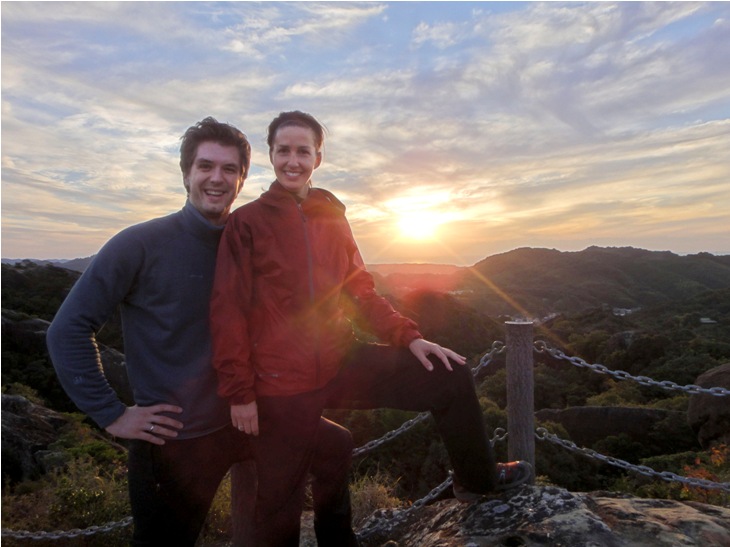 Cynthia White, an alumna of the University of West Florida (UWF), has made wilderness preservation the cause for a hiking trip of a lifetime.

White, who received her bachelor’s degree in studio art in 1996, now paints full-time in her Ashland, Ore., studio. Beginning March 26, White is embarking on a six-month hiking journey with her husband, Pyar Anderson, from Savannah, Ga., to Oregon where they plan to reside and start a family.

The total mileage of the trip is approximately 3,300 miles. White says she has a set a goal to trek 20 miles per day, but with a large, heavy pack, she said it may take some time to build up to.

“The trip originally sprang from a desire to have a big adventure together in the U.S. and has now become a multimedia effort to raise awareness for the preservation of wilderness and issues regarding hunger in America,” White said.

Using small cameras strapped to their heads and a third handheld camera, the two are filming their journey and will be pitching the footage for a television show or documentary. They plan to regularly update their website, www.hikingandhoping.com, as well as keep a public Facebook page for fans to follow. They will also be sharing snippets of their footage along the way as long as internet access is available in their locations.

“We plan to hike mostly on trails and visit as many parks as possible,” White said. “Some 6 percent of America’s national parks have been closed recently, and we plan to bring light to that fact, since we think the national parks are America’s greatest invention.”

White and her husband will be sleeping in their less than two-pound compact hiking tent most nights, which will prevent them from spending their funds on lodging. She said they will treat themselves about once a month to a motel for the night, and occasionally they will stay in RV resorts that allow tenting.

They also hope to take part in a gleaning project with the Society of St. Andrew along the route, possibly in Kansas or Missouri. Gleaning refers to harvesting surplus produce for the purpose of providing for those in need. White said it was important for the trip to be about more than just themselves.

“We knew at a young age that we were well off compared to millions of others in the world without one pair of shoes or consistent, healthy meals,” she said.

After the trip, they plan to co-write a book about their experiences. For now, White is mentally and physically preparing herself for walking long days with a heavy pack.

“I expect that I will prove to myself that I have more strength and endurance than I could ever imagine,” she said.

In addition, Keen, a company that sells outdoor gear, is sponsoring the couple on their journey and has provided them with supplies to help them, including new hiking boots. To read Keen’s blog, visit http://www.keenfootwear.com/us/en/blog/?p=8726.

Most read in Alumni