Pensacola – Scotti Mason serves as the behavior coach at Brentwood Elementary School in Pensacola. She has observed that students who are allowed to fidget in class are more likely to concentrate on what the teacher is saying and doing than those who are encouraged to sit still without moving. 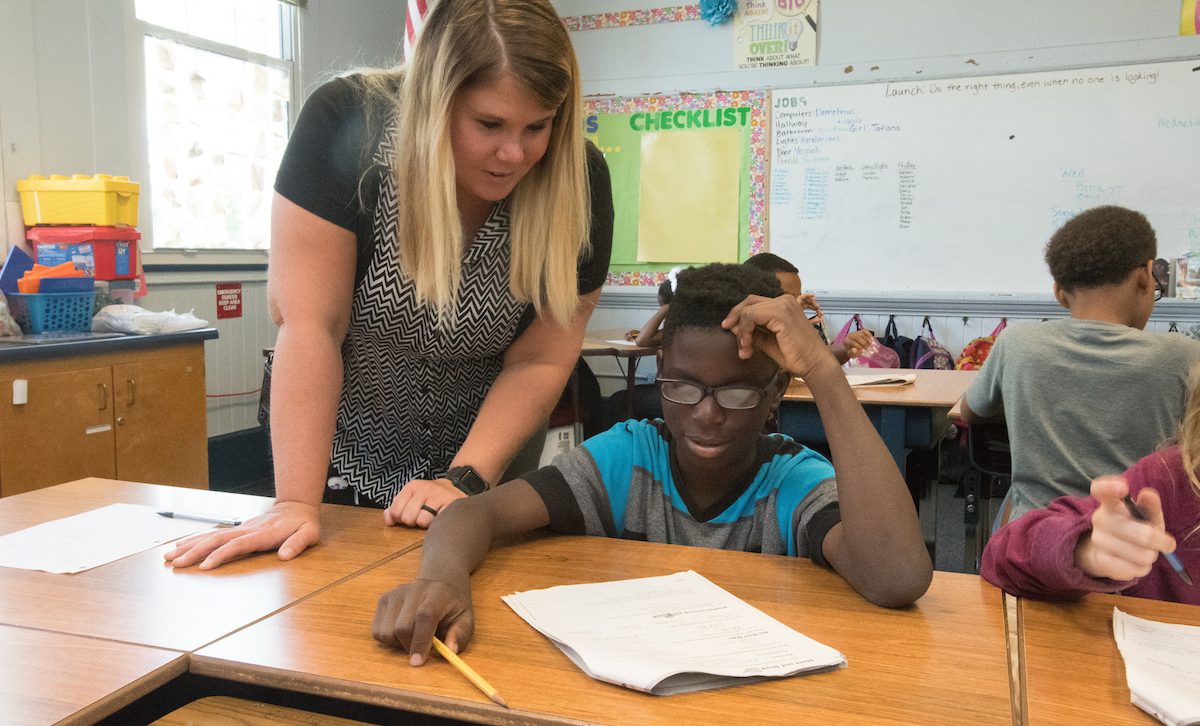 “It’s common sense, if you think about it,” Mason said. “As adults we have to sit in meetings, and most of us find it hard to sit still after a certain amount of time. Why should we expect kids to do it?”

Sometimes, as part of her behavior management plans for some students who are having a hard time concentrating in class, Mason recommends flexible seating. Instead of traditional chairs, students sit on an exercise ball that bounces slightly or on a stool that wobbles from side to side.

Mason also has a stash of hand-held tools that she calls “fidgets.” These devices are designed to be manipulated, sort of like stress balls are used for adults. Variations include a series of interlocking blocks that can be twisted and oversized dice that have buttons on them that can be pushed or turned.

“Fidgets are not toys,” Mason said. “Students have to be taught how to use them responsibly. Not every fidget works for every student, but we have seen some amazing results. ”

Mason said that in her experience working with students and teachers to manage interventions in the classroom, students who are allowed to move a little bit are less likely to get agitated and more likely to engage with the teacher.

Mason received a master’s degree from the University of West Florida in 2012. Her degree is in educational leadership and instructional technology. Mason said that all kinds of behavior can be alleviated by fidgeting.

Fidgeting replaces repetitive tapping with an acceptable form of movement, either a gentle swaying in a flexible seat or the manipulation of one of the hand-held fidget tools.

“You’ll notice that the students will hold the fidget and have their eyes on the teacher. They don’t need to look down at the fidget,” Mason said.

Jessica Haupt, a fourth-grade math and science teacher at Brentwood, who is also a UWF graduate, has embraced the idea of flexible seating in her classroom. All 21 seats are either an exercise ball, a wobbling stool, or a stool with flexible bands attached. Students hook their feet into the bands and use their feet to make the bands stretch or bounce.

“It’s a step in the educational future.” Haupt said. “Flexible seating allows the students to release energy and focus on their work. It is an adjustment for the eyes. You can see that students are moving their legs, but they remain on task.”

Haupt has had the flexible seating in her classroom since December.

“At the beginning of the year there were three or four students who wiggled so much they wanted to sit on the floor all the time. With the flexible seating, that does not happen anymore. Also, I have not had any students get up and wander around the room. The flexible seating offers them an acceptable way to move around a little bit.”

Mason is not surprised by the results Haupt reports in her classroom.

“The teachers here are always willing to try new things,” Mason said. “It’s all about what fits the learning style of a particular student, and flexible seating gives students who feel the need to move a chance to remain engaged and involved.”

Brentwood has 561 students in grades kindergarten through five. Right now, there are only two classrooms that are totally set up for flexible seating. Mason is trying to change that. She started an online fundraising effort at a site called donorschoose.org. Proceeds from the fundraiser are to be used to buy flexible seating and fidgets for as many students as possible to use at the school.

“My students need positive reinforcement and a way to stay focused by being allowed to move and fidget,” writes Mason in the introduction to her fundraising website.