Panama City Beach – The labor market is strengthening, and the housing market is healthy. But challenges still lie ahead for the national and regional economies. 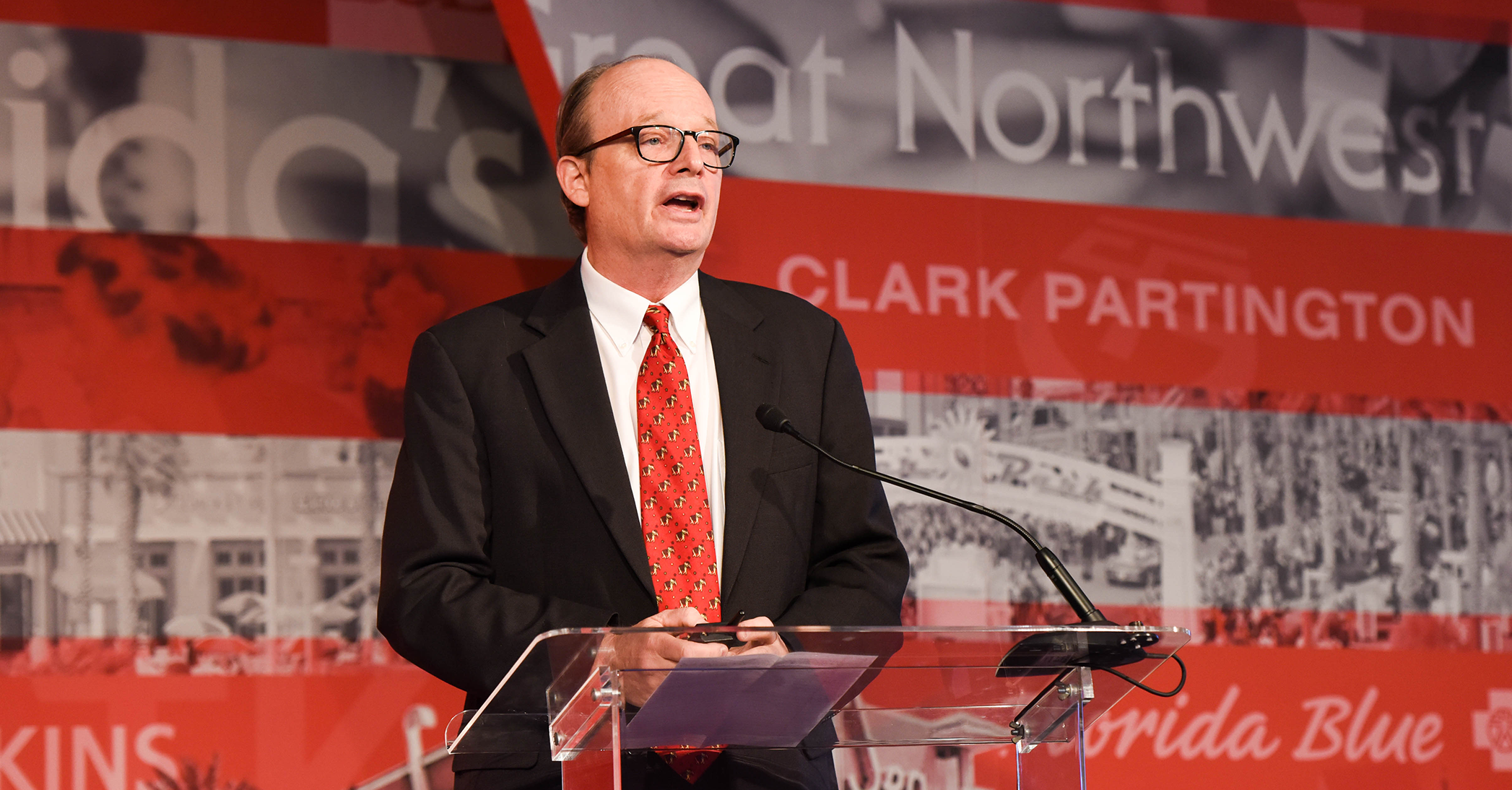 That was the message from Dr. Rick Harper, associate vice president for Research and Economic Opportunity at the University of West Florida, as he presented the region’s economic outlook during the Gulf Power Economic Symposium held Oct. 3-4 at the Sheraton Bay Point in Panama City Beach.

The U.S. is undergoing its third-longest economic expansion in history, one that hit seven years in July.

The nation’s unemployment rate stands at 4.9 percent, which is considered close to full employment, Harper said. However, that level means that labor market growth should slow over time.

“So, we’ve got good job performance, but certainly the labor market growth rate will slow as we bump into those full employment constraints,” Harper said.

Though the job market has grown in Florida and the U.S. over the last year, it has weakened in Northwest Florida, Harper said.

“I expect that downward trend to turn around,” Harper said. “The policies are in place, the investments in capital assets are in place and the plans for job growth are in place for us to grow once again.”

Housing prices have surged regionally, although not anywhere near levels seen during the housing market boom that peaked about 10 years ago.

The risk of a national recession is low, standing at about 15 to 20 percent over the next six to 12 months, Harper said.

“However, we are about as low as we will go,” Harper said. “We’re at that point in the business cycle – that progression of peaks, troughs, expansions, contractions – where the deficit risk is going to rise.”

Harper said the government budget deficit is expected to rise because of demographics.

“As baby boomers age and move out of the workforce, then they start consuming the two biggest budget items of the federal budget, which are, of course, Medicare and Social Security,” he said.

Harper said household debt service payments – the amount of money that households spend in order to pay their mortgage, pay their car and student loans – have dropped to historically low levels.