Pensacola – For the second year in a row, a University of West Florida freshman seminar class focused on the theme of community has studied the quality of Pensacola parks. This year, 70 students in the Kugelman Honors Program engaged in the research project to evaluate 60 parks. 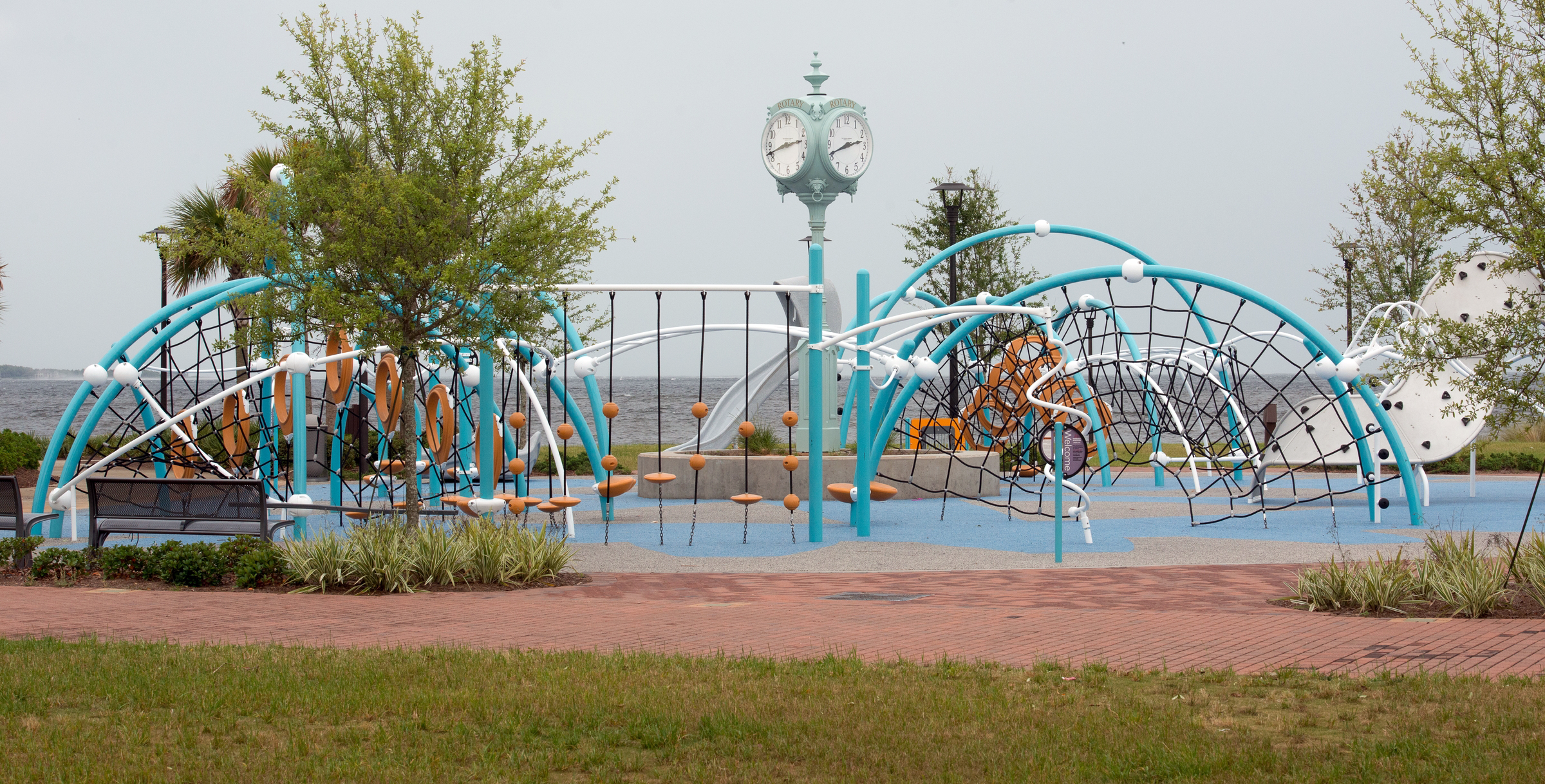 Ten teams of three students each covered six parks and evaluated the spaces in terms of inclusiveness, meaningful activities, comfort, safety and pleasurability by using the Public Space Index designed by urban planner Dr. Vikas Mehta. Mehta, formerly of the University of South Florida, is now an associate professor of urbanism at the University of Cincinnati.

The maximum score in Mehta’s index is 150, and final rankings are converted to percentages.

Students noted that Mehta’s index was developed in an urban environment so it would be difficult for Pensacola’s suburban-like parks to score in the 90s.

Community Maritime Park with a top score of 88 percent included “open access to the public at all times of day, with good lighting, memorable features, access to food and beverage, and well-maintained facilities,” according to the class’s final report.

The bottom-ranked parks were those that mostly lacked any amenities. Baars Park with the lowest score of 24 per cent is described in the report as “nothing more than a vast stretch of land with pine trees.” 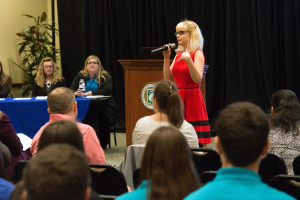 Dr. Jocelyn Evans, Associate Dean of the College of Arts, Social Sciences, and Humanities speaks during the Kugelman Honors Program at the University of West Florida.

“I can truly say that I have never worked with such a talented and dedicated group of people to see a vision into a reality within the strict confines of a single semester,” Evans said.

Besides the team that used the Mehta index to evaluate the parks, another 10 teams of three students surveyed 195 users over a two-week period at five major parks (Maritime, Bayview, Roger Scott, Legion Field and Sanders Beach) about fear of victimization.

“What I learned from doing the surveys was how to roll with the punches and adapt to different situations,” said Jade Jacobs, a UWF freshman majoring in marine biology. “Some people were eager to answer the survey questions, and others were not. We just had to keep going to get the right number of surveys to complete our assignment.”

The survey asked park users to rate various forms of disorder both physical (trash, graffiti) and social (peer groups hanging around, adults loitering) as “not a problem,” “somewhat of a problem” or “a big problem.”

“I enjoyed this project because it has real-life implications,” said Leonie Dupuis, a freshman studying biology and theater. “People can look at the data and make decisions about which park they want to visit.”

Forty-three out of 194 respondents said they have “victimized” at least once while at a park. For 38 of the 43 respondents, this meant “harassment or pestering by other park visitors.” Responses to other questions revealed that more people were fearful at night, and that being a victim of theft represented the greatest fear.

Attached to each questionnaire was a physical map of the park. Users were asked to mark the spots where they felt more or less safe. This information was taken by GIS GeoData Center, and maps were generated to show areas of high agreement concerning park safety.

“It was enjoyable to work on this project because the results can be used by students and community members,” said GIS project coordinator Nathan McKinney. “Students were excited about the practicality of what they were doing.”

All the information from the students’ project is available on a website. See geo.uwf.edu/parks/.