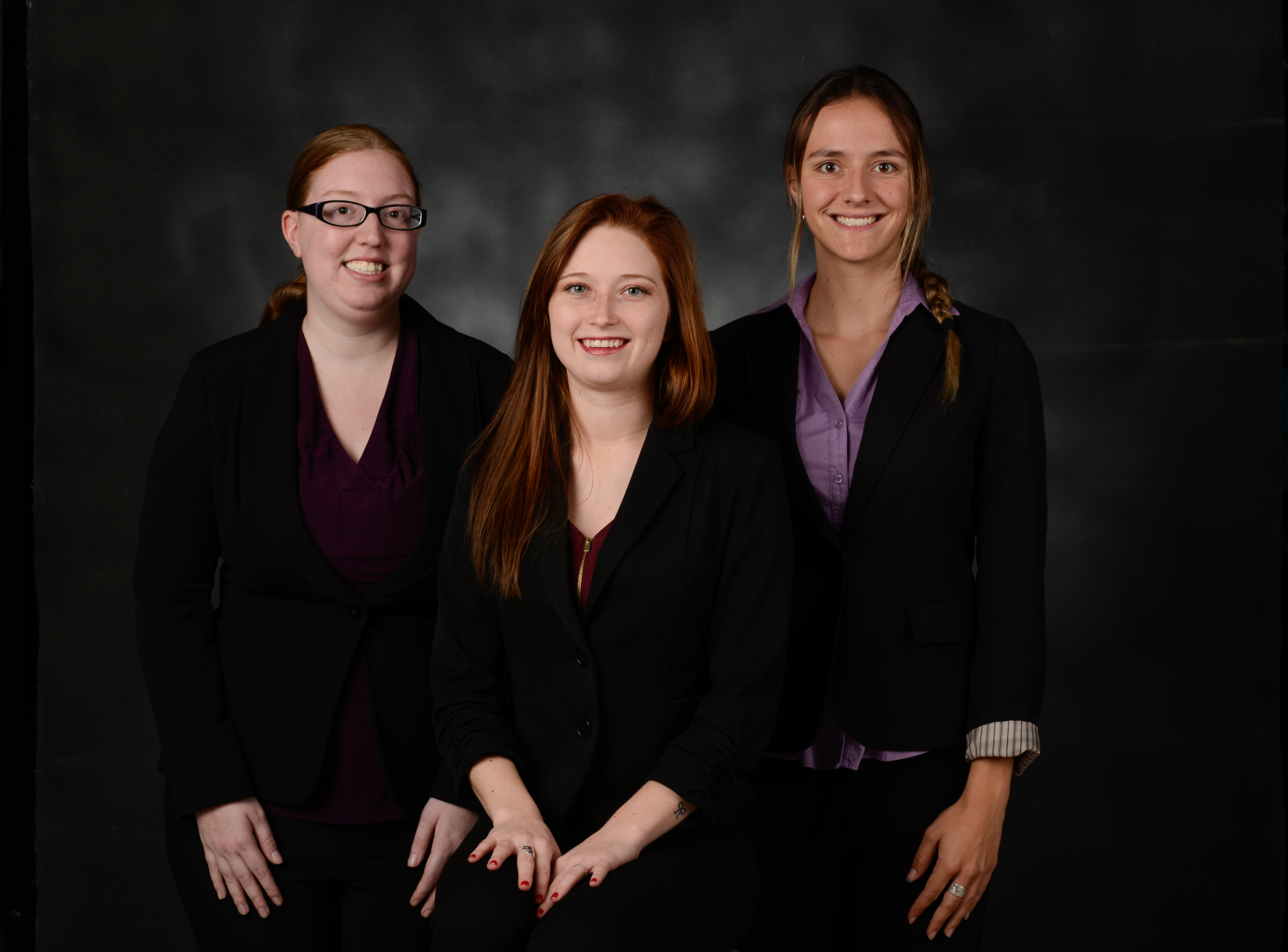 UWF had never sent teams to a SHRM case competition before, Assistant Professor of Management Kristie Abston, Ph.D., who accompanied the students. The Greater Pensacola SHRM chapter covered the students’ expenses to attend.

UWF also fielded a Department of Psychology graduate team of for the event, who finished fifth out of 12 teams in their division  ahead of teams from Eastern Michigan University, Georgia State University, and the University of Tennessee.

“Our team had the rubrics for the case and the presentation, but they had no frame of reference on the judges’ expectations regarding breadth and depth of information, level of detail and presentation quality,” Abston said.

Of the 15 competing teams, two undergraduate finalists were selected based on the executive summary and presentation scores.

“Our students did an amazing job on both the written and oral portions,” Abston said.

The finalists were then given 15 minutes to prepare and deliver the same PowerPoint presentation to the entire conference group and five additional judges.

Winning the competition was a surprise for the students, but a welcome one.

“The host asked both of the finalists to come up front, and then he announced the first runner-up.  The teams were not expecting that approach, and it took a few seconds for our students to process what he was saying,” Abston said.  “They were super excited once they realized they had won.”

For team member Drude, the win brought a sense of accomplishment.

“Being recognized by people that do the jobs that I want in the future made me so excited,” Drude said. “These are people that have made a difference in the HR world; it’s exciting for them to recognize me as truly understanding human resources from a hands on perspective.”

The student team won $2,500 for the UWF SHRM chapter and complimentary registrations for SHRM’s Annual Conference and Exposition, which will be held in Washington, D.C., in June. The conference draws over 15,000 attendees, and this year’s speakers include Mike Rowe, Alan Mulally, Tucker Carlson, Paul Begala and Sal Khan.