By now, most people are very aware that the government tracks unemployment. They hear about the total unemployment rate, the youth unemployment rate and the “hidden” unemployment rate. The rate cited most frequently as an economic indicator is private sector, non-farm employment for all industries taken as a whole. However, unemployment data is available in a variety of calculations at the national, state and, sometimes, the county or city level.

For example, the U.S. Bureau of Labor Statistics provides data from the Current Population Survey in an annual profile of unemployment. The most recent Florida profile, with data from 2014, has been compared to the data from 2004 on the left.

This data illustrates what is probably the most significant impact of this particular economic recovery – the nearly tripling of the duration of periods of unemployment for individuals.

Back in 2004, the mean or average duration for unemployment for men in Florida was 18.9 weeks, and for women it was 15.8 weeks.

These data also show the significant increase in unemployment rates for those with less than a high school education. While unemployment rates in Florida jumped between 2004 and 2014 for all levels of educational attainment, they increased over 86 percent for the least educated.

Another calculation that is also available but doesn’t get discussed quite as often is the rate of unemployment by industry. Based upon the Local Area Unemployment Statistics data collected by the state, EMSI, a national data provider, calculates an estimate of the monthly unemployment rate by industry. Their latest data for the local area and Florida represents a snapshot for the month of August 2016. 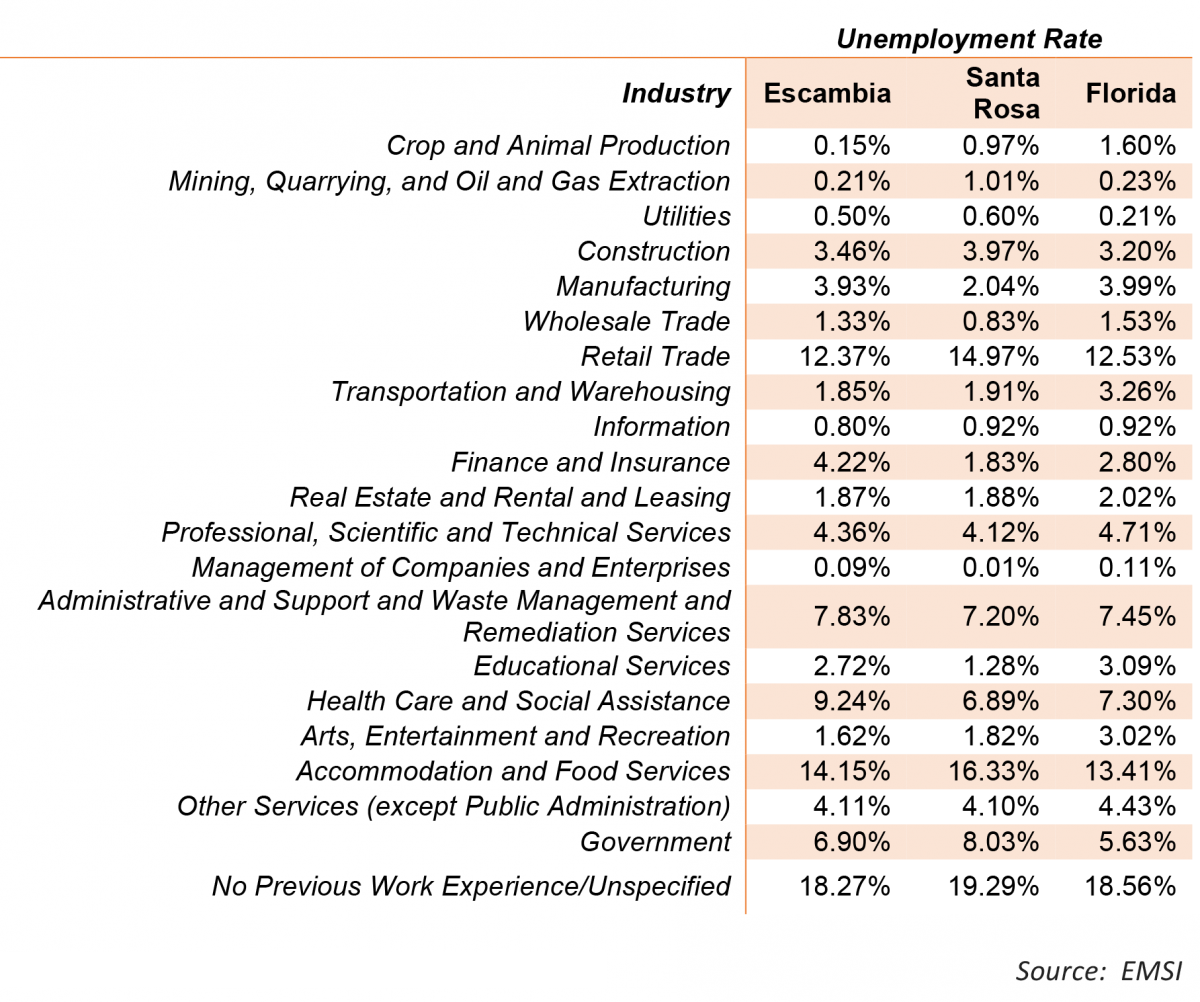 This data shows why discussions of high unemployment levels often occur at the same time industries are lamenting about labor shortages. Local and state unemployment rates are extremely low in information, manufacturing and construction while double-digit unemployment levels can be found in retail, accommodation and food services, and for those with no prior work experience.

By looking at more than just the overall unemployment rate for an area, analysts can more readily explain why individuals and industry experiences can seem to be so different in the same local economy.

Phyllis K. Pooley serves as director of special projects with the University of West Florida Office of Economic Development and Engagement.